Symbols in the Cemetery 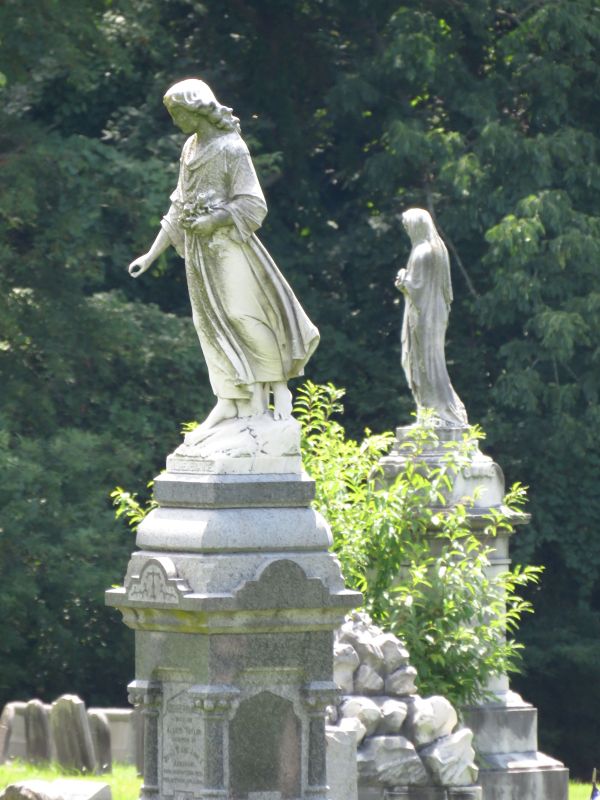 The Historical Society of Montgomery County announces a special combination event on Thursday, June 13, 2019, that looks at the symbolic meanings of tombstones. The event will feature a walking tour of Historic Montgomery Cemetery that begins at 7:00 p.m. with stops that highlights some of the symbolic representations found on the cemetery’s gravestones. This walking tour will be followed by light refreshments inside the Cemetery’s gatehouse with a presentation from 7:45 p.m. to 8:30 p.m. The presentation will be provided by historian Tammy Schane who will discuss many of the symbols found on tombstones throughout the region.

The early 19th century saw the birth of the rural garden cemetery, which began in Paris and spread to the United States by 1824. Tombstone memorials also experienced great change throughout the 19th century, as Americans thought about death in new, more emotional and evocative ways. Tombstone carvers were tasked with carving symbols that illustrated a softer, aesthetically pleasing, and more hopeful way of viewing death as not an endpoint, but rather a step on the path to a better and glorious afterlife where family would be reunited. Tammy Schane has photographed and studied 19th century tombstone carvings in Pennsylvania and surrounding states and will present the meanings behind them. These symbols were a language of sorts in their time and still speak to us today.

Tammy E. Schane holds a B.S. from Syracuse University in Journalism and History, and is currently pursuing a M.A. in Public History from LaSalle University. She has worked for Heritage Conservancy in Doylestown, Pennsylvania, as the membership coordinator and lead docent of tours of historic Aldie Mansion. She currently volunteers as a tour guide at Doylestown Cemetery and has researched and written a tour about the site’s 19th-century tombstone symbols and their meanings. She lectures on her research of 18th- and 19th-century cemeteries to historical societies and other groups, and in 2016, she published a book called, “Engraved: The Meanings Behind 19th-Century Tombstone Symbols.”

With almost 6,000 known burials, Historic Montgomery Cemetery holds the remains of some of the most prominent citizens, veterans and reformers in the county and nation. From five Civil War generals to many captains of industry, it tells the story of the nation through the lives it represents. The entrance to Montgomery Cemetery is at the end of Hartranft Avenue, off of West Main Street, Norristown. Parking during the event will be made available inside the Cemetery gates.
Tickets for the event are $15 and include the walking tour, refreshments, and presentation. Tickets are limited; to reserve a seat call 610-272-0297 to reserve your spot.
For information on this event or any of the Historical Society of Montgomery County’s programs call 610-272-0297 or contact us.