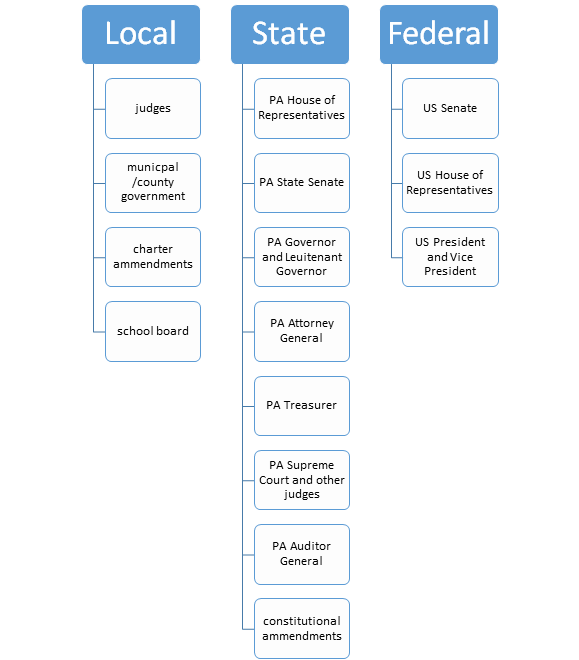 In Pennsylvania, primaries determine which candidates will run in the November general elections. Any voter registered with a political party can vote for the candidate they want to represent their party in the general election. On the second Tuesday (after the first Monday) of each November, voters choose who will serve in government. 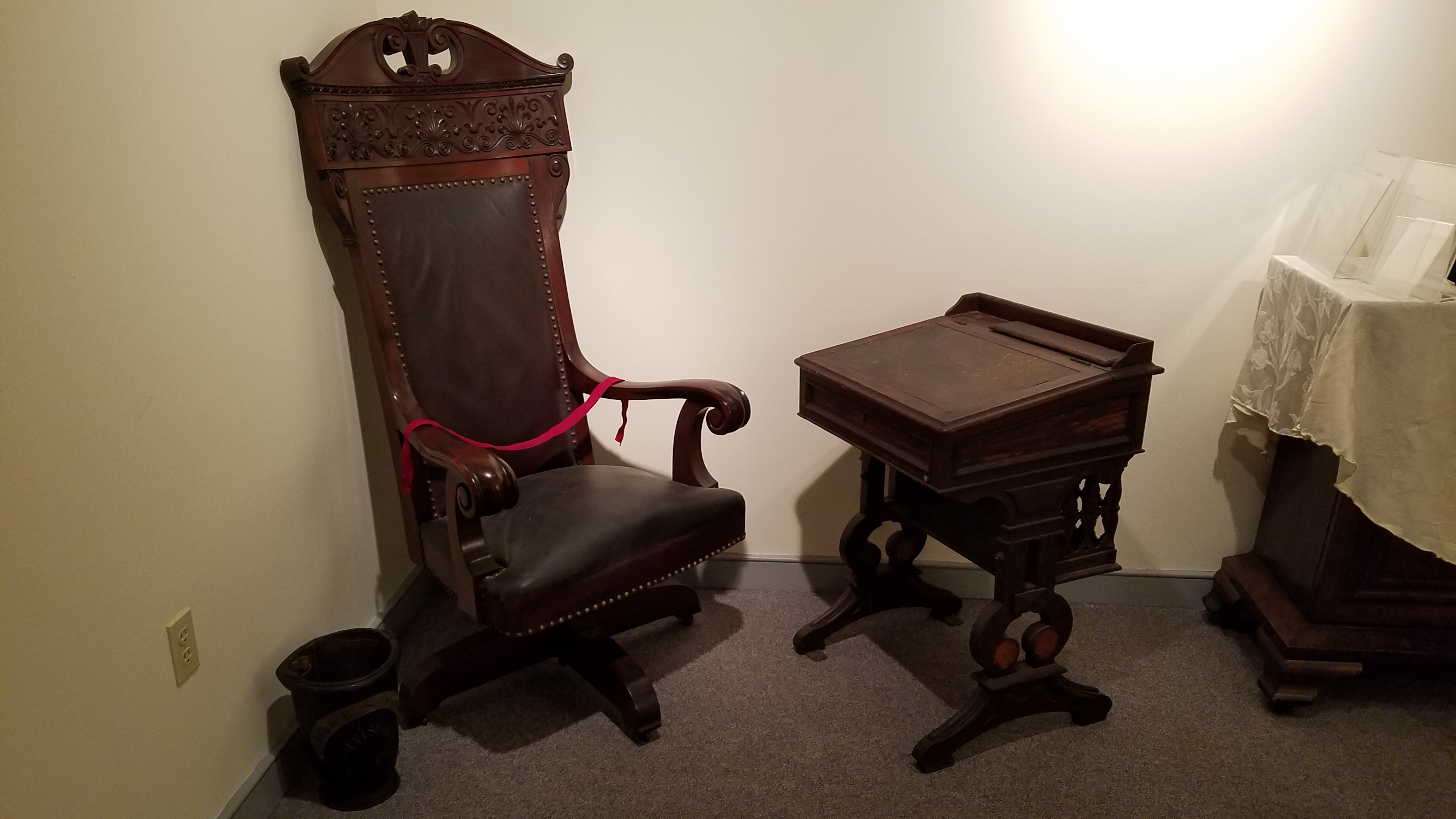 This high back swivel chair was used by Evasburg native Hon. Henry K. Boyer. He was a Republican who served the 7th District for six terms. During his service, Boyer was elected as the Speaker of the PA House of Representatives three separate times (1887, 1889 - 1890, and 1897). Based on our records, we cannot determine if Boyer used this chair for all three terms as Speaker or if he only used it during one term. 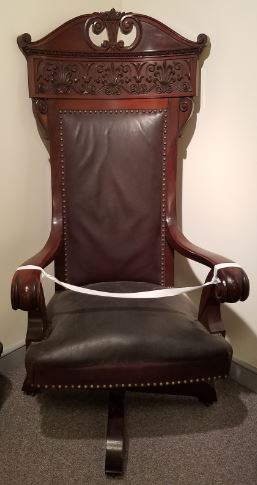 As a Representative, Boyer sponsored bills to create the State Board of Health, Arbor Day, and laws to regulate pharmacies. In addition to serving as a Representative annd the Speaker, Boyer also was the State Treasurer (1890 - 1892) and the Superintendent to the U.S. Mint in Philadelphia (1898 - 1902). He died on February 17, 1934 in Red Hill. 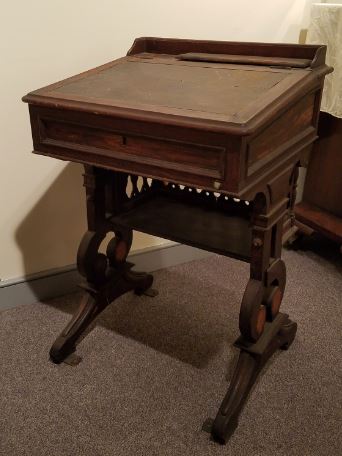 This desk was used by Republican U.S. Representative Irving P. Wanger. He represented the 7th and 8th Districts of Pennsylvania from 1893 to 1911. During his term, Wanger was the chairman of the Committee on Expenditures in the Post Office Department. 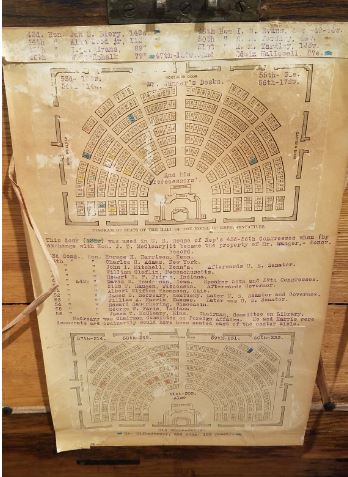 Map of the House floor inside the desk.

Although he was born in North Coventry, Wanger spend much of his life in Montgomery County. While studying law in Norristown, Wanger became the first Republican deputy prothonotary appointed to Montgomery County. He became the burgess to Norristown at the age of 26. In 1880, he became Mongomery County's District Attorney as well as a delegate for the Republican National Convention. After an unsuccessful run for Congress in 1890, Wanger ran again to become a U.S. Representative in 1893. He stayed in this office until 1911, when he lost his re-election campaign to Robert Edward Difenderfer. Wanger died on January 14, 1940 and is buried at Mount Zion Cemetery in Pottstown.