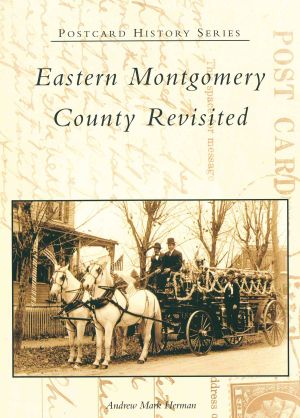 Andrew Mark Herman has been studying and collecting local postcards since 1895. Although this book visits many favorite and familiar parts of the county, great emphasis has been placed on smaller, lesser-known places that truly make this book intriguing and unique. Montgomery County was incorporated in 1784, though much of the area was settled in the late 1600s and early 1700s through land grants by Pennsylvania's founder, William Penn. Located immediately northwest of Philadelphia, the Quaker city has always influenced the county. Wealthy mansions, religious institutions, colleges, and industry all have contributed to the fabric of the county.