With all the snow that’s been dropping on us lately, a fad for making snow ice cream has been popping up around the internet. And it got us thinking – who was the first person to sell ice cream in Norristown?

Edward Hocker addressed that question in a June, 1940 “Up and Down Montgomery County” article in the Times-Herald. He refers to a 1912 memoir of Sarah Slinguff Rex in which she claimed Emanuel Johnson was the first local businessman to offer ice cream. He sold cakes and candies at his shop on the northeast corner of DeKalb and Lafayette Streets. In the summer he added ice cream, originally just for the Fourth of July and other summer days when Norristown had a parade. By 1837, he was offering ice cream all summer. 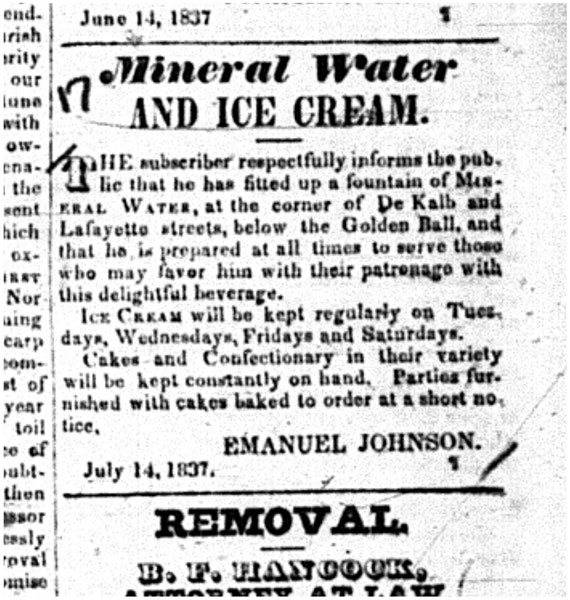 I found several of his advertisements in the late 1830’s. 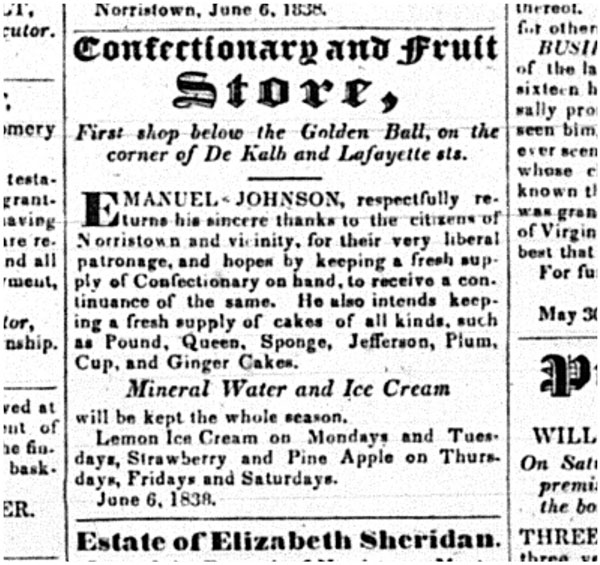 I couldn’t find out much about Emanuel Johnson, though. City directories only go back to 1860, and he isn’t listed there. Johnson does appear in the 1840 census as a head of a household of seven. Note that he is the only male in the family. Unfortunately, it’s not until the 1850 census that census takers started collecting more information.

The 1840 Census from Ancestry.com 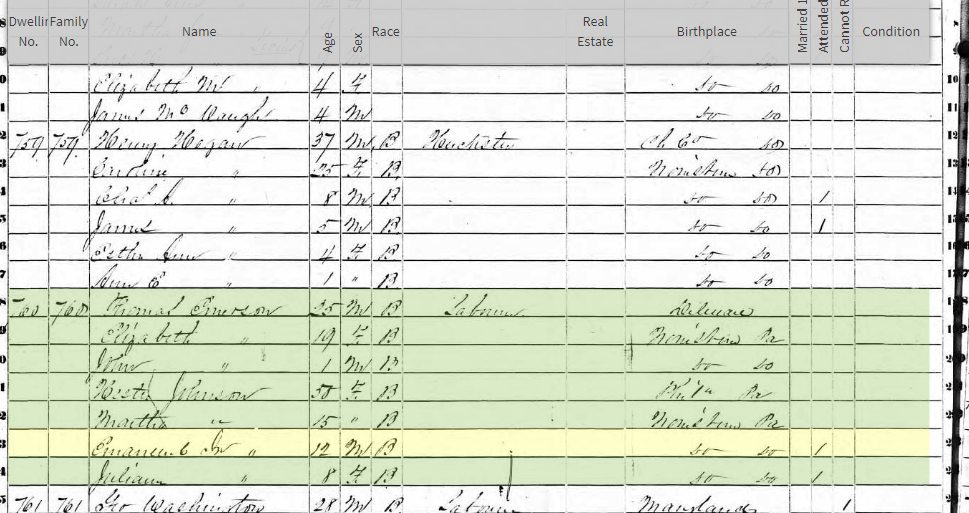 The 1850 Census from Ancestry.com

But the only Emanuel Johnson in the 1850 census is 12 years old. It could be that Emanuel the ice cream seller had passed away and this is his widow, but no boys were listed in the 1840 census. So, I checked our obituary index for the 1840’s and found one for Emanuel Johnson in the April 28, 1847 issue of the Herald. It’s merely a brief statement of his death on the 23rd. Such curt announcements were not unusual in the 19th century.

Johnson’s advertisements stopped appearing in the Herald and Free Press around 1840. It’s possible he stopped selling ice cream in the face of competition. Hocker reported that Ward’s restaurant added ice cream to their summer menu. I found an advertisement for Ward’s in 1841 promoting its private ladies’ dining room. 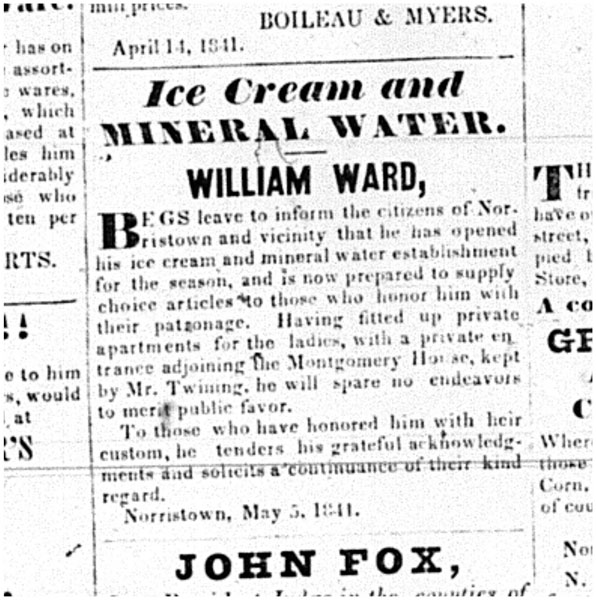 It's sad that the enterprising Johnson wasn't able to enjoy his sucess for very long.