Regardless of which holiday (or holidays) you celebrate, there are probably children in your family hoping to receive a present sometime this month. Although there are a wide variety of toys, one type of toy continues to captivate children, the toy car. Created alongside the first gasoline powered cars in the late 19th century, toy cars are a staple in most children’s lives.

At HSMC, we have two unique toy cars in our collection. The first car is a double decker bus and the second is a trolley. Both are metal, most likely made from tin or a tin alloy, and were likely made in the early 20th century. Both of these toys were found in Norristown, but the donor claimed they were made in England. 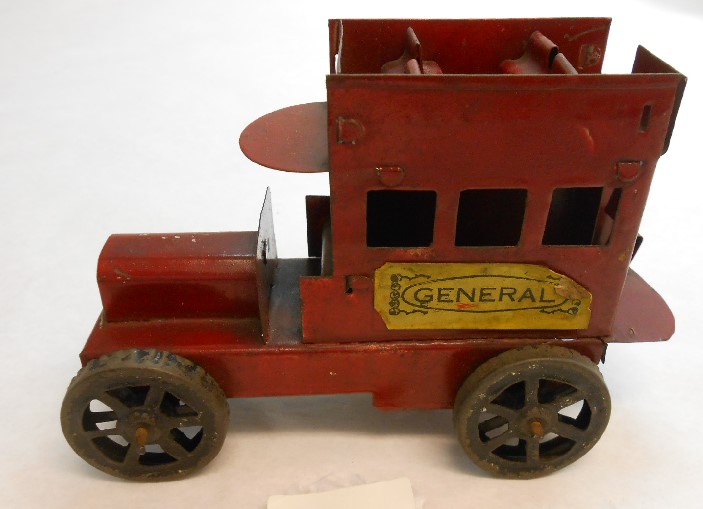 Since neither toy has a maker’s mark, we had to compare the designs of the toys to other ones made in the early 20th century. The toy bus looks similar to English designs produced by the London based company Lines Brothers Ltd. Their toys were made under the brand name “Tri-ang Toys”. In the picture below, you can see one of the wooden cars produced by Lines Brothers Ltd. in the 1920s/1930s. There are some noticeable differences between this one and the one at HSMC, which means it is possible that whoever made our bus was trying to mimic the Lines Brothers’ design. 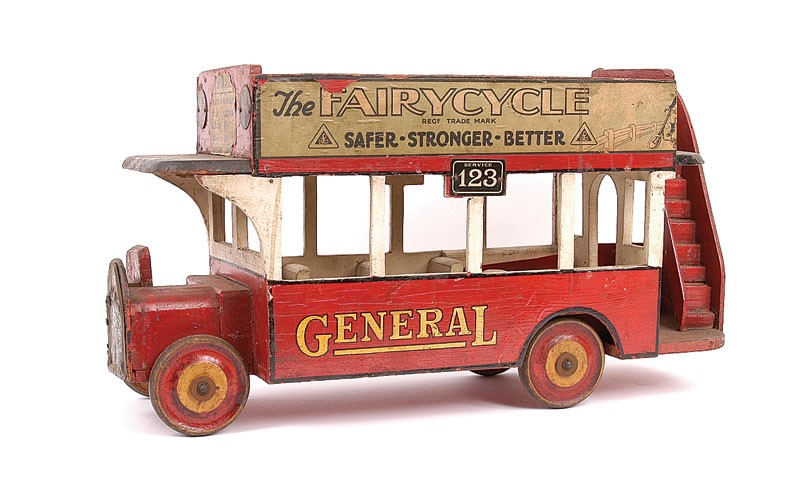 The real mystery is who created the trolley? So far we have not been able to find any similar toy designs. Even historic, full scale trollies in Montgomery County do not have this oval, open top design. 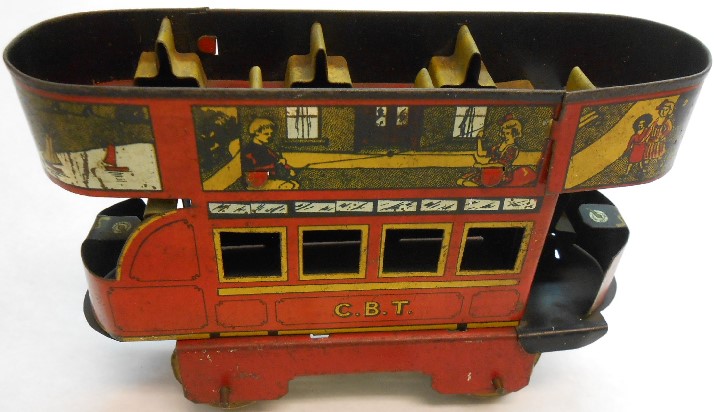 However, the letters “C. B. T.” on the side of the trolley could be an abbreviation for City of Birmingham Tramways, in Birmingham, England. When we looked at photographs of this company’s trollies, they do appear to have the same design. If you have seen any other toy trollies like the one at HSMC, please share your pictures with us! 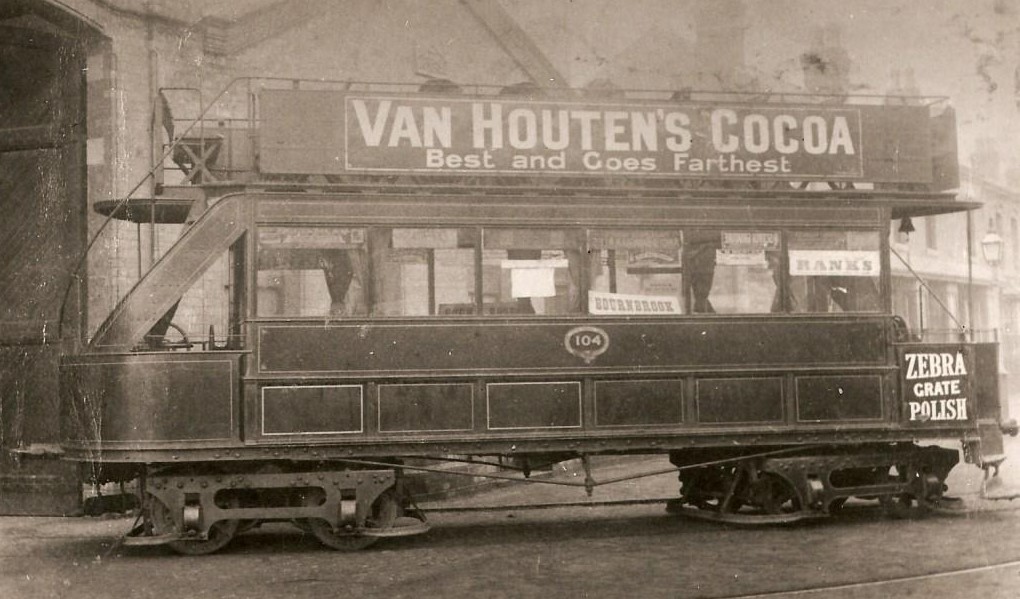 BCTC's Car No. 104 outside the tram shed in Dawlish Road, Bournbrook, in 1891. This vehicle survives, at the Black Country Living Museum.[2]