I thought it would be nice to close out the year with some charitable giving. This week, I discovered a large ledger that recorded the accounts of the Bringhurst Fund in Upper Providence. The first pages of the ledger contained a copy of the will of Wright Bringhurst, the founder of the fund. 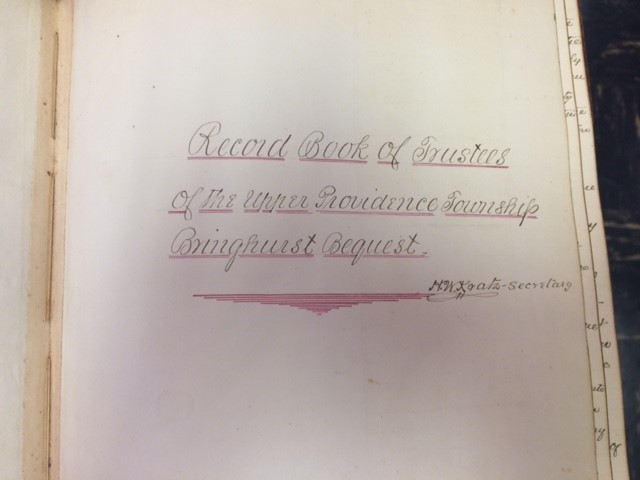 Mr. Bringhurst was the heir to his father Israel’s general store in Trappe and many acres of land in Schuylkill County, and he was a good steward of them. When the Reading Railroad built tracks in Schuylkill County, Bringhurst made quite a bit from the sale of the land. He also served in the Pennsylvania legislature. When he died a bachelor in 1876, his will distributed some of the money to his sisters and their children, but over half of the money was donated to the boroughs of Norristown and Pottstown and the township of Upper Providence to create low cost housing for the poor. According to Edward Hocker, in his 1959 article “Gifts for the Public Good Made in Many Pottstown Wills,” (Times-Herald, Dec. 30, 1959), Bringhurst wanted the fund to build the houses in order to provide work, and then rent the houses to the "deserving poor" at below market rates.

Bringhurst’s generosity made news at the time of his death. I found an unattributed article in an old scrapbook that reprints almost the entire will. It also points out that Bringhurst had not been known to be particularly charitable during his life.

The amount left to start the fund was just over $100,000. The will directed that it be divided among the three communities in proportion to their population. Also, the Orphan’s Court would appoint three trustees to oversee the fund. 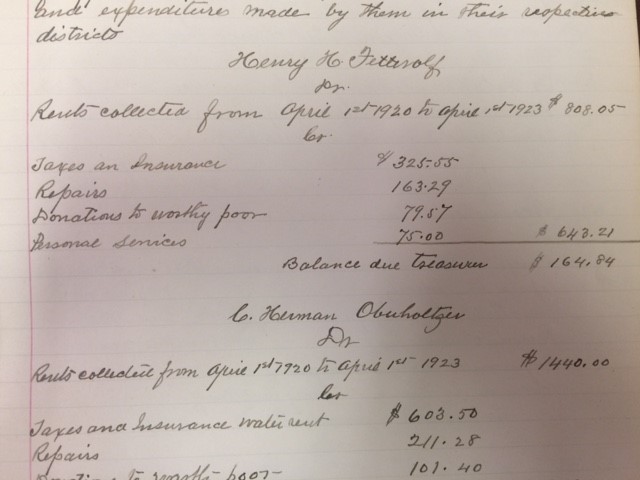 Houses were built in Mont Clare, Collegeville, and Trappe. In Norristown, 28 houses were built on Chain, Marshall, Corson, Powell, and Elm Streets. Renters were charged a small amount rent. That money was then redistributed to the poor as coal, shoes, or medicine, or re-invested in the fund. I found this information in an article published in our own Bulletin, “A Few Facts in Connection with the Bringhurst Family of Trappe, Pennsyvlania” published in October of 1940. That’s the most recent information I could find on the Bringhurst bequest.

Our own records of the trustees for the Upper Providence portion end in 1926. There are plenty of pages left in the book, and the final entry gives no indication that the fund was running out. I was unable to find the exact location of any of the houses or what happened to the money. Did it run out? Was it absorbed into another program? If anyone has any information, please let me know.

More in this category: « Toy Cars Preparing for a New Exhibit! »
back to top