“Sick of the Russians” 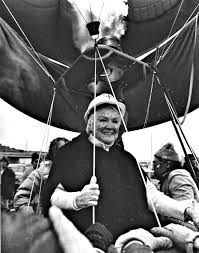 Connie Wolf in her balloon from the National Balloon Museum

In November of 1961, a fifty-six year old grandmother from Blue Bell broke the women’s ballooning endurance record in a hydrogen filled balloon called “Yellow Wolf.” Connie Wolf (née Cann) described herself to the Norristown Times-Herald as a “dedicated capitalist” who was “sick of the Russians holding all the records.” (November 21, 1961).

Connie Wolf first learned to fly airplanes on her honeymoon in 1931. Her husband, Alfred L. Wolf was a lawyer and an enthusiastic pilot. He later went on to have a distinguished career in the Air Force. It wasn’t until 20 years later that she learned ballooning while her husband was stationed in Germany. It became her passion.

In 1952, Mrs. Wolf was one of the founders of the Balloon Club of America, which flew from Valley Forge Airport until its closure. It then moved to Whig’s Field in Whitpain Township, right next to the Wolfs' home “Wingover.” 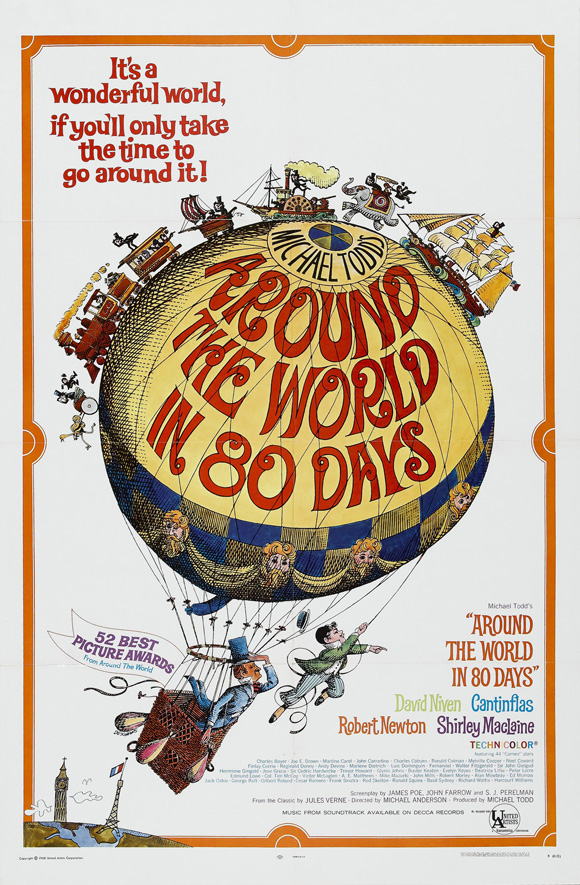 The poster for Around the World in 80 Days from IMDB

Even before her world record flight, Connie Wolf was a well-known balloonist. She served as a technical consultant on the movie Around the World in 80 Days which won the best picture Oscar for 1956. Connie flew the balloon featured in the movie, “La Coquette,” over Paris and London to promote its release.

In 1960, she put a “Nixon-Lodge” banner on her balloon. Nixon himself gave a speech from the balloon’s gondola (it was on the ground at the time).

Her record breaking flight did not take place in Montgomery County, however. She took off in her large balloon known as “Yellow Wolf” on November 12, 1961 from Big Spring, Texas. She landed over forty hours later in Boley, Oklahoma. She had broken 15 different records, including the women’s endurance record which had previously been held by a Russian woman named L. Ivanova (her first name isn’t listed even in the official record). Her record was 34 hours, 21 minutes, and it was set in 1948. 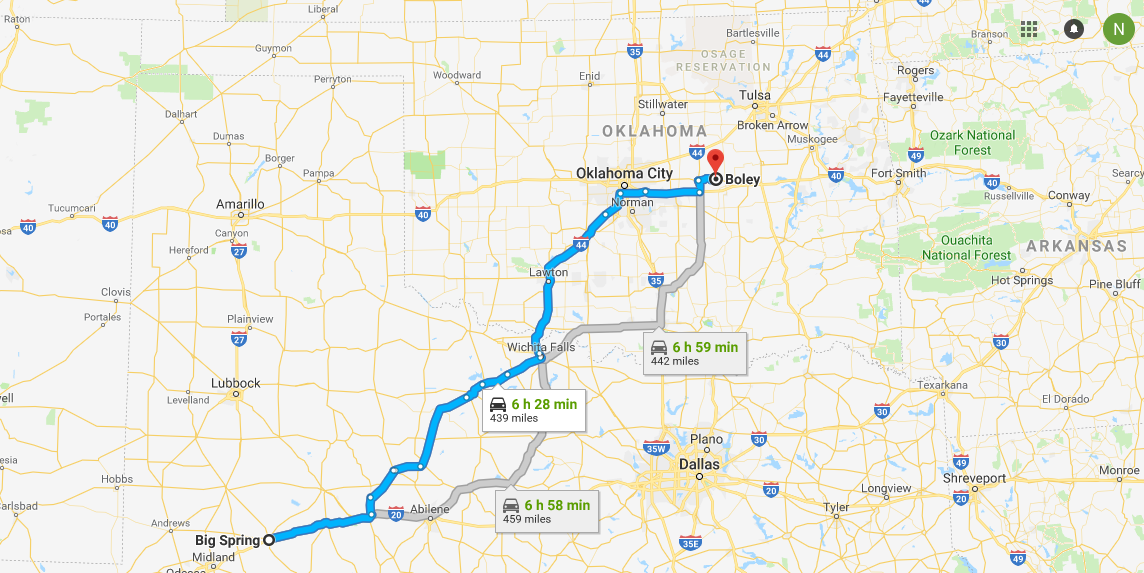 At the time of her flight, the Times-Herald reported that Connie Wolf was the only licensed female balloonist in the US. Montgomery County celebrated her achievement by declaring December 21, 1961 “Connie Wolf Day.” She was also awarded the Montgolfier Award by the Federation Aeronautique Internationale. She was the first woman ever to receive that honor. 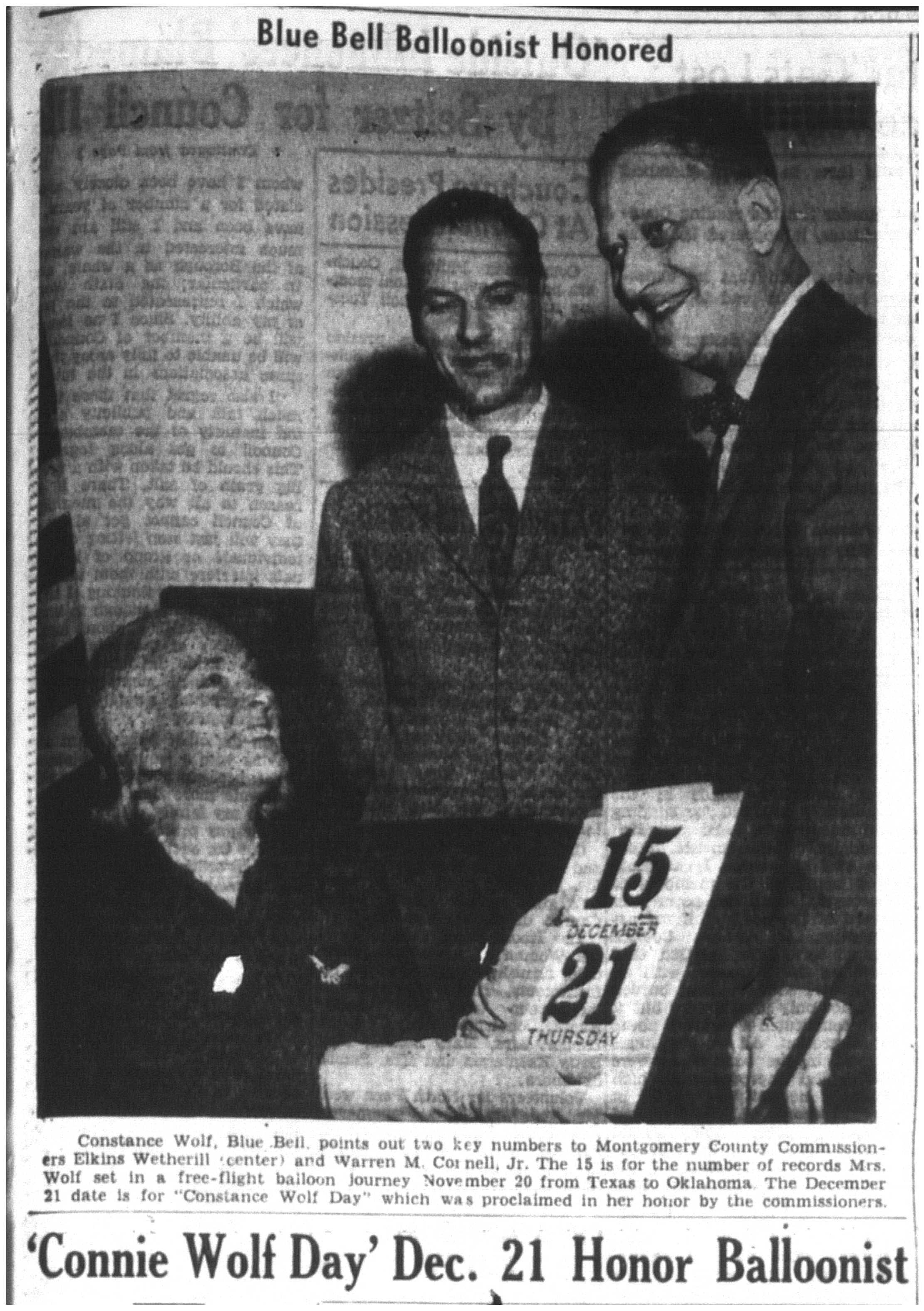 Although the forty hour trip exhausted her, Connie Wolf went back to ballooning. In 1976 she flew a Liberty Bell shaped balloon for the bicentennial, and in 1982 she flew a balloon with an image of William Penn from Penn’s Landing in honor of the tercentennial of the founding of Pennsylvania.

In 1986, the couple founded the Wolf Aviation Fund, which promotes general aviation through various grants and programs.

When Connie died in 1994, she still held the women’s endurance record. It was broken the following year by Lesley P. Davis of the USA who flew for over 60 hours.  Connie was inducted into the National Balloon Museum's Hall of Fame in 2015.

More in this category: « Amelia Earhart in Norristown Deep Freeze »
back to top