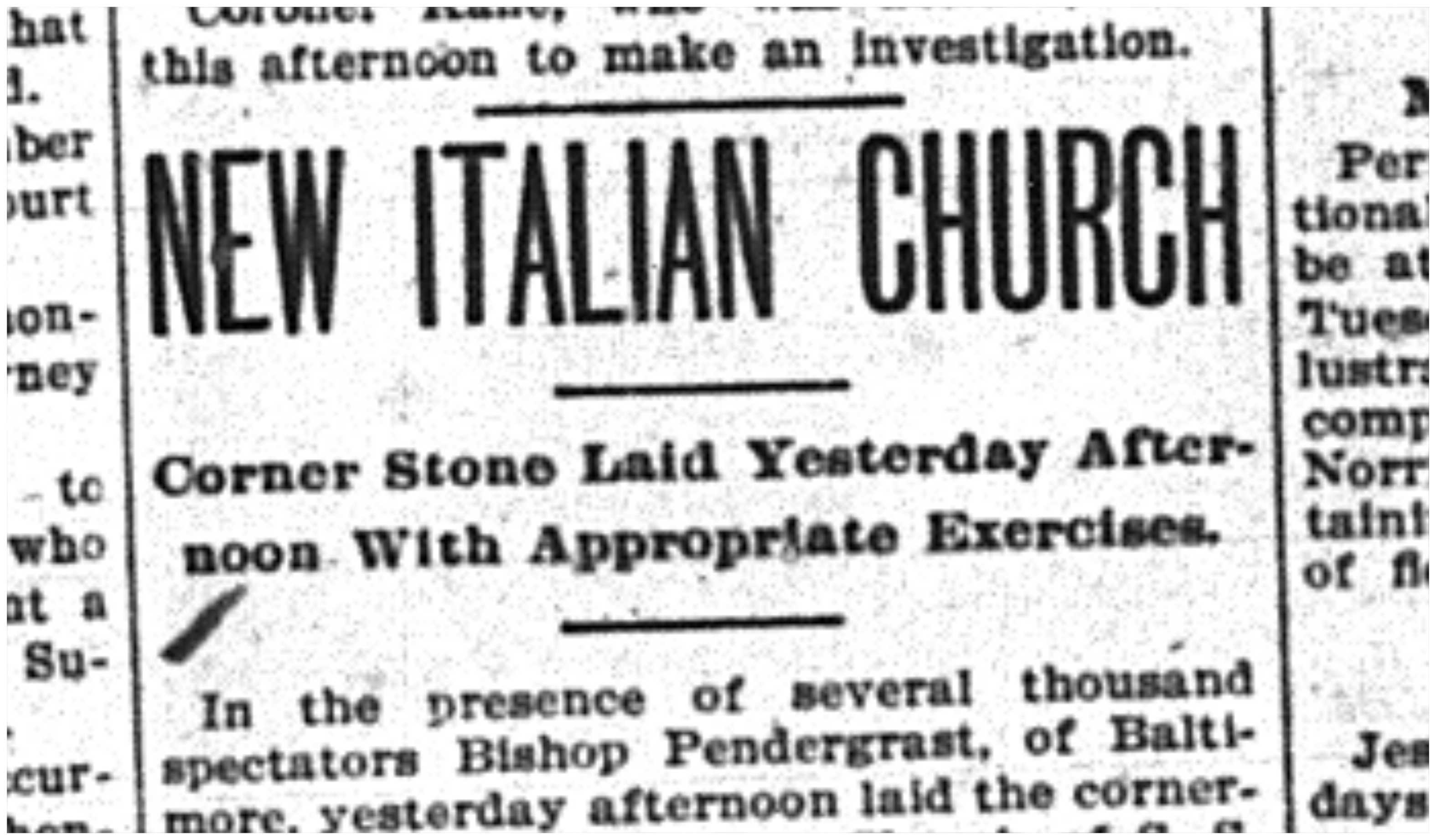 Norristown didn’t have a Catholic Church until St. Patrick’s opened in 1834, mainly to serve Norristown’s Irish population. In the latter half of the Nineteenth Century, immigrants from southern and eastern Europe began coming to America, and Norristown became home to hundreds of newly arrived Italians. Although the word “catholic” means universal and Catholic services were conducted in Latin at the time, it was typical for immigrant groups to start their own parishes, staffed by priests from the home country.

Norristown was no different. For many years, Italians celebrated Mass at St. Patrick’s. Eventually, an Italian mission church opened in the basement, led by two Italian priests who preached, heard confessions, and gave spiritual support in Italian. In 1902, a new priest came to Norristown, Father Michael Maggio, who formed a committee, raised funds, and in 1903 built a small church on land acquired from the Good Shepherd Sisters of St. Joseph’s Protectory. 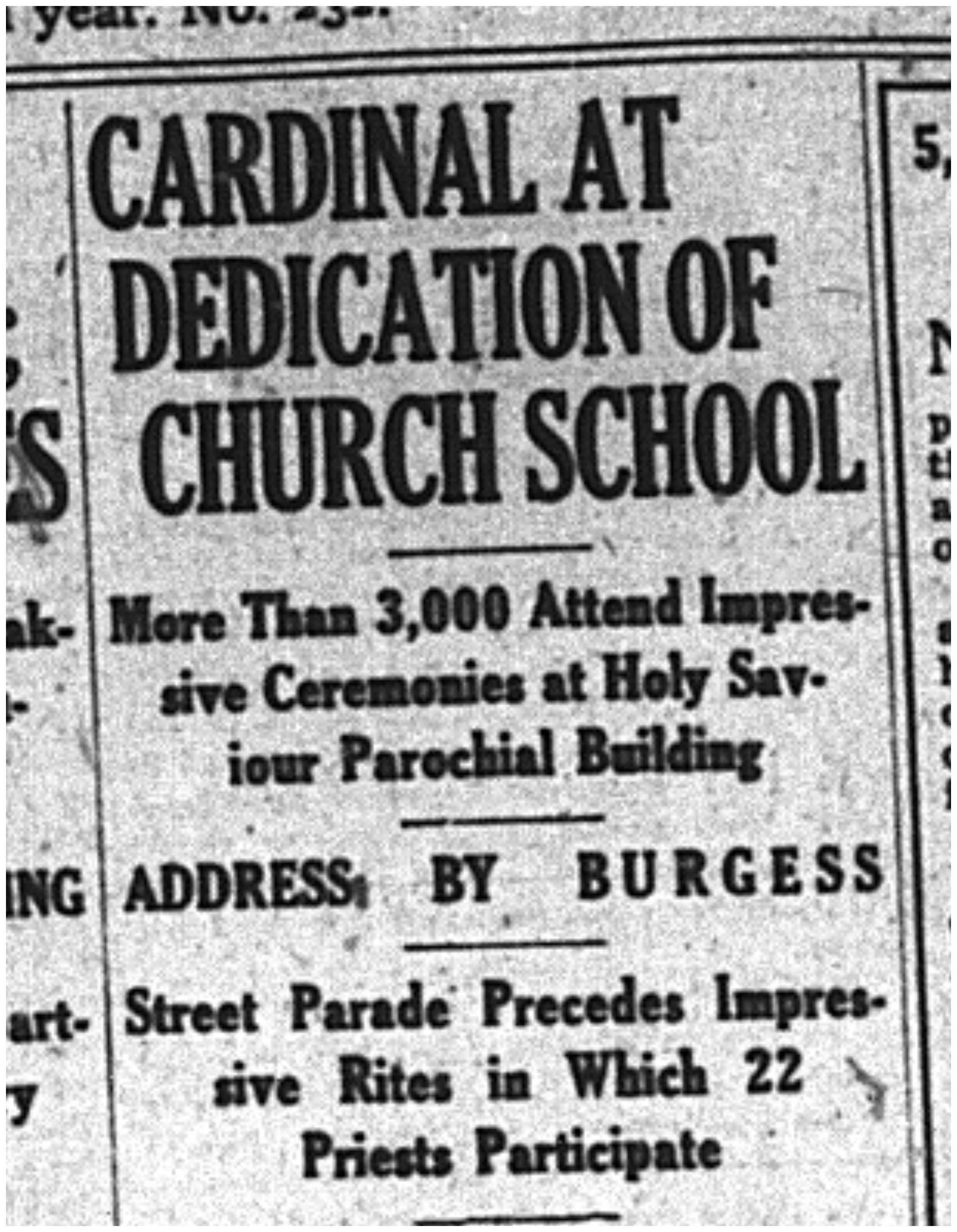 The first Holy Saviour Church, or Sanctissima Salvatore, was barely a full story high. In 1908 it was replaced by a larger, more typical looking church that would accommodate the growing parish. This was largely the work of Father Lambert Travi, Holy Saviour’s second pastor. Father Travi went on a decade later to build the parish’s first school. It in September of 1928 with 500 students. The parish continued to grow, with the school getting up to 800 students. The school was staffed by the Sisters, Servants of the Immaculate Heart of Mary, one to each grade, making for a student-teacher ratio of 100:1! 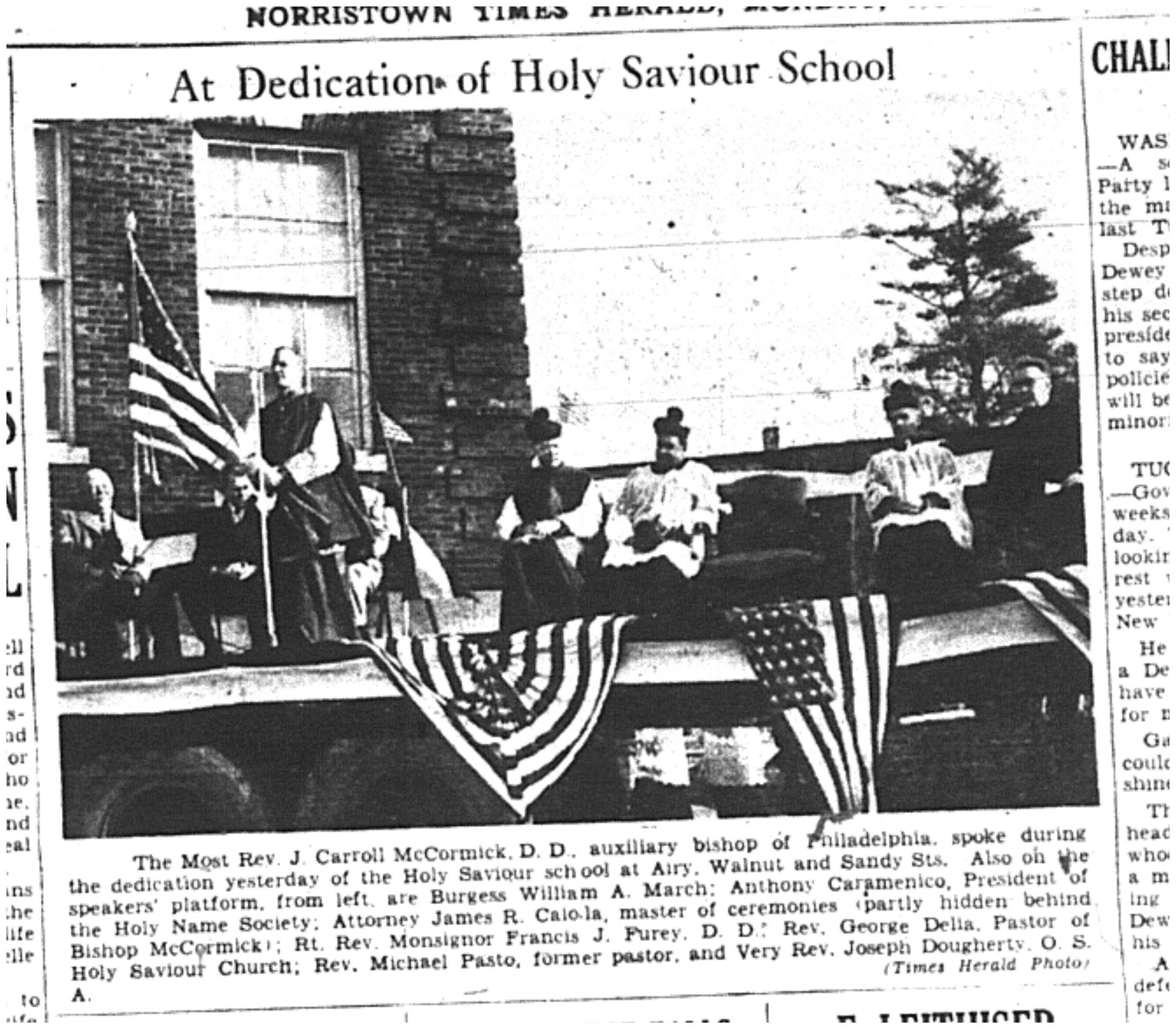 In 1948, the parish purchased a closed public elementary school, the James A. Welsh School, and moved in for the 1948-1949 school year. In the 1950’s, Holy Saviour’s pastor, the Italian born Father George Delia, expanded the church, doubling its size to hold up 1000 people. 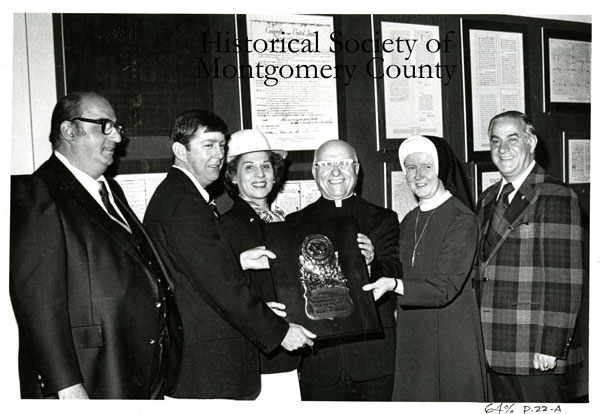 The school has been closed, and students from the parish now attend Holy Rosary  Regional School in Plymouth.  However, Holy Saviour parish is still a vital part of Norristown’s culture, celebrating several feast days a year. The parish also has a mission church, Our Lady of Mount Carmel in the Black Horse section of Plymouth.

More in this category: « The Buckshot War of 1838 Edward F. Corson »
back to top