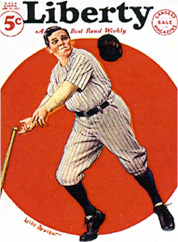 …except Collier’s and The Saturday Evening Post.” Groucho Marx says that line in the Marx Brothers’ first talking picture, The Coconuts. He was referring to Liberty Magazine – a Weekly for Everybody was a general interest magazine that existed from 1924 to 1950. 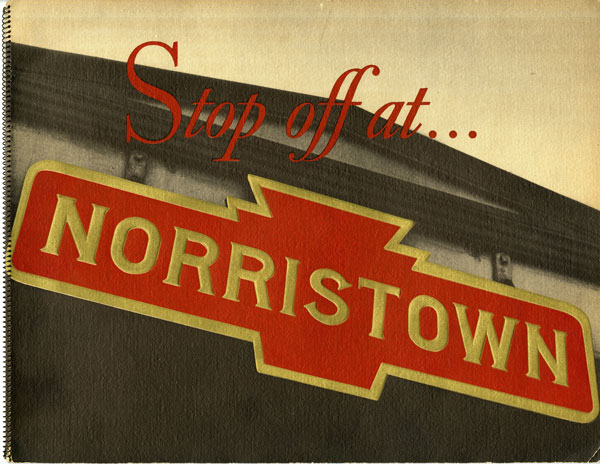 We don’t have any issues of Liberty in our collection, but it was popular in Norristown. Liberty produced a book about Norristown, with pictures and quotes from prominent local citizens expressing their admiration for the magazine.  It's called Stop off at...Norristown. 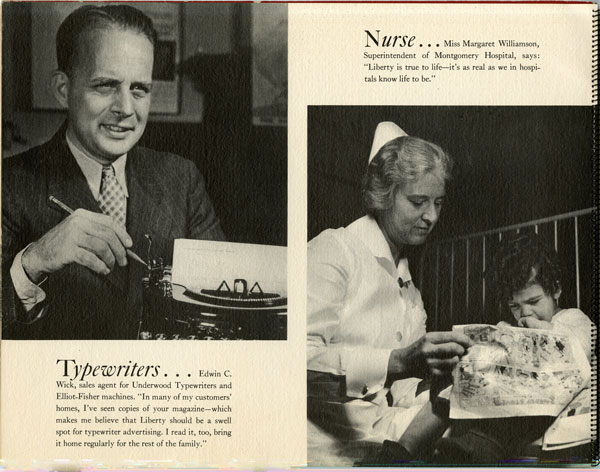 I’m not sure what the purpose of the book was. I talked to our own magazine expert (and Board of Trustees president), Ed Zeigler, who suggested it was a bonus given out to subscribers. It could have been an attempt to increase circulation. 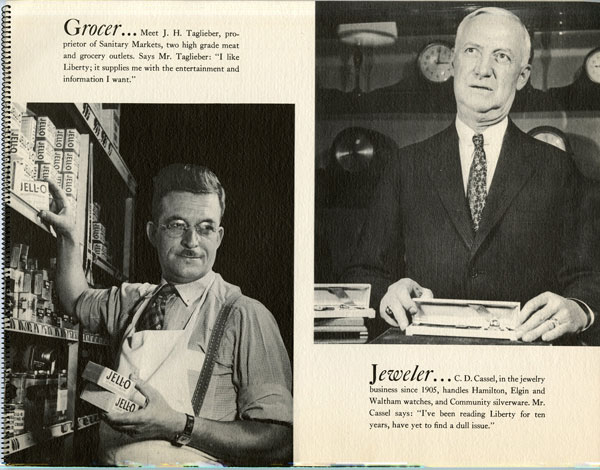 The book itself is undated but it references a 1936 estimate for population and makes no mention of  World War II, so I would guess it was produced between 1936 and 1941. In 1941, it was discovered that the magazine’s publisher, Bernarr McFadden, had been inflating the circulation numbers so he could charge advertisers more. Kimberly-Clark, (the paper company) took over and put John Cuneo in charge of the magazine. A year later, the cover price of Liberty went from five cents to ten cents (following the lead of The Saturday Evening Post), and circulation dropped. 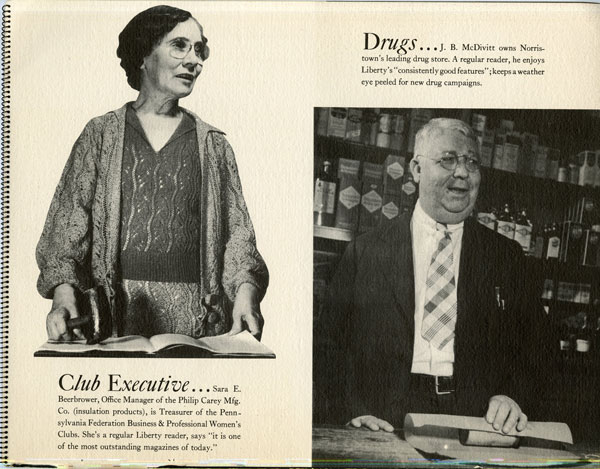 Perhaps the book was a reaction to one of those events. No information with the book indicates how it came to be in our collection. I think that, for now at least, the purpose of the book will remain a mystery. 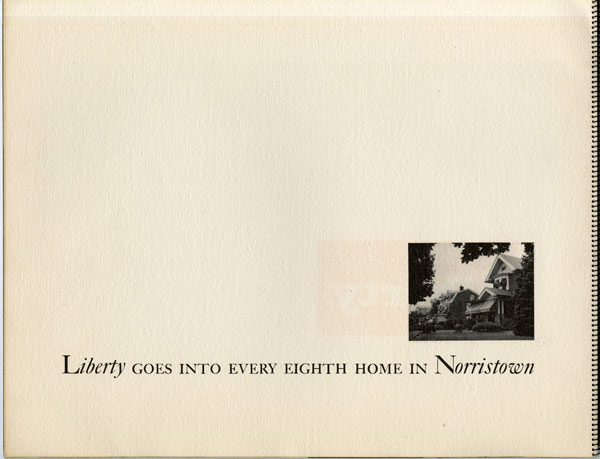 More in this category: « An Unlikely Advocate for LGBTQ and Other Marginalized Pennsylvanians Firebombing at Valley Forge Plaza »
back to top