Born on December 5, 1890, George Howard Earle III was a resident of Lower Merion. In his youth, he attended the Delancey School in Philadelphia and later attended Harvard, but never completed his degree.

In 1916, Earle became a lieutenant in the army stationed on the Mexican border. His duty was to prevent raids from Pancho Villa, a Mexican revolutionary and guerrilla leader. His military service continued in World War I when he commanded the U.S.S. Victor. In February 1918, Earle earned the Navy Cross when he helped to save his crew from a fire onboard. 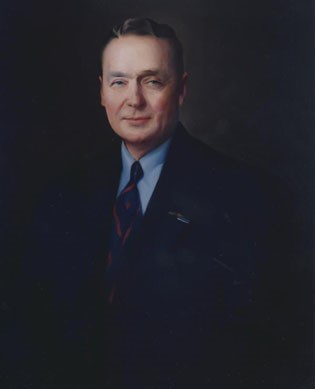 After his military service, Earle turned his attention to his family’s sugar business and participation in politics. When Franklin D. Roosevelt became President in 1933, Earle switched his political affiliation from Republican to Democrat. President Roosevelt appointed Earle Minister to Austria. Enjoying political life, Earle decided to run for Governor of Pennsylvania. 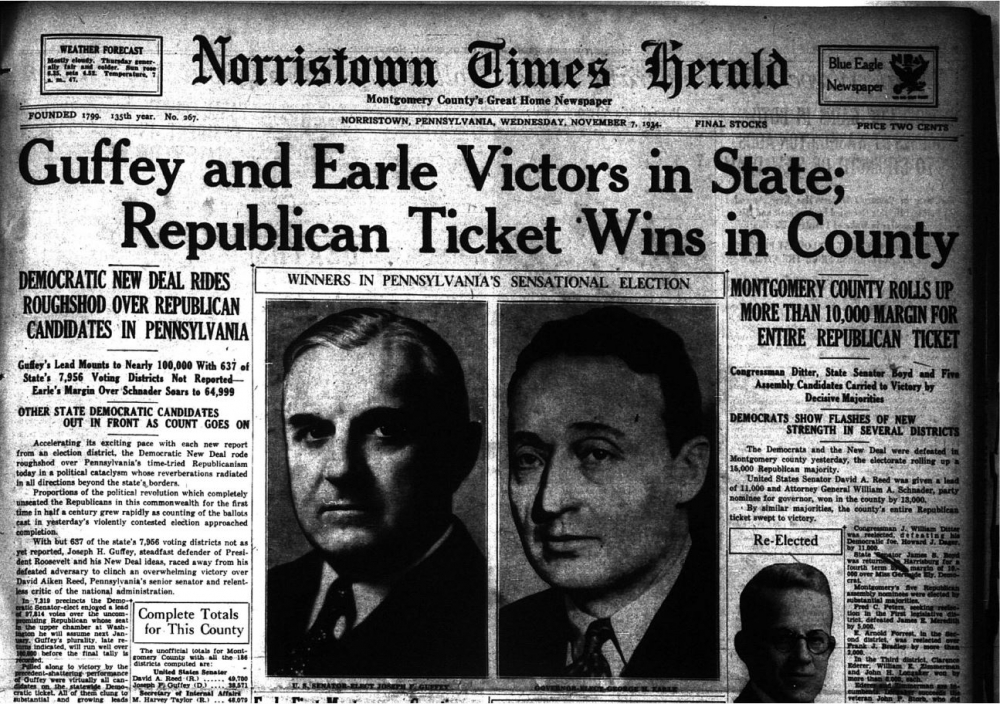 Earle became Pennsylvania’s 30th Governor in 1935, only the second Democrat to hold the position after the Civil War. During his time as Governor, Earle followed in President Roosevelt’s footsteps by creating a “Little New Deal” for Pennsylvania. He created work projects, many of which focused on parks and historic sites. Some of the projects included: the reconstruction of Pennsbury Manor (William Penn’s summer home) and connecting the Pennsylvania Turnpike from Harrisburg to Pittsburg. He also passed public aid laws such as unemployment compensation, civil rights laws, and support for unions. At this time, Governor Earle was not permitted to run for a second term and thus attempted to become a U.S. Senator in 1938. He ultimately failed.

After his term as governor ended in 1939, Earle served President Roosevelt again, this time as Minister to Bulgaria. During World War II, it is rumored that Earle served as a spy for President Roosevelt. Of the many stories that arose from this rumor was the story about Earle’s private meeting with Adolf Hitler where he is said to have stated, “I have nothing against the Germans, I just don’t like you.” Earle later presented a plot to capture Hitler, but President Roosevelt declined to proceed with the plan.

After his public service, Earle returned to Pennsylvania. He died in Bryn Mawr on December 30, 1974. He is buried at the Church of the Redeemer in Bryn Mawr.