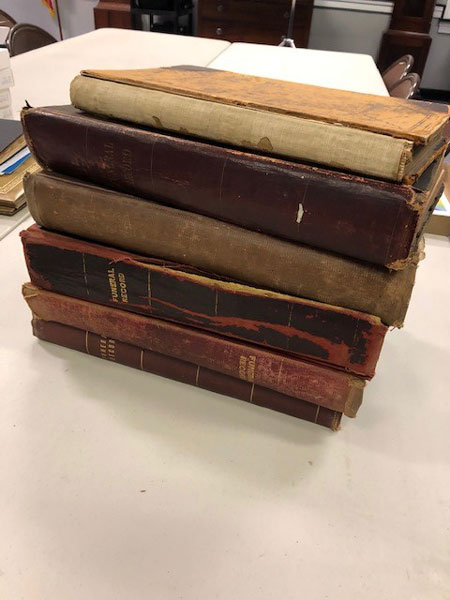 Recently, the Historical Society of Montgomery County received a very interesting donation: 6 ledgers from O’Brien Funeral Home in Bridgeport. The ledgers show a little of the evolution of funeral rites. 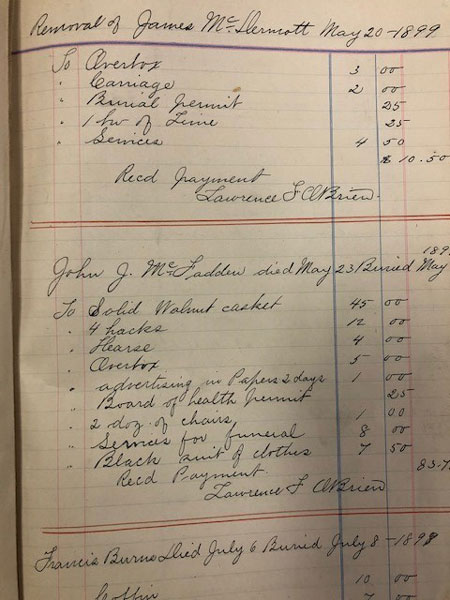 As we move into the 20th century, the funeral business becomes more regulated, and the ledgers become forms filled in for each deceased person. They list place of birth, parents’ names, and cause of death, among other things (though not all the fields are always filled in). For our genealogy interested patrons, these records could be very valuable. 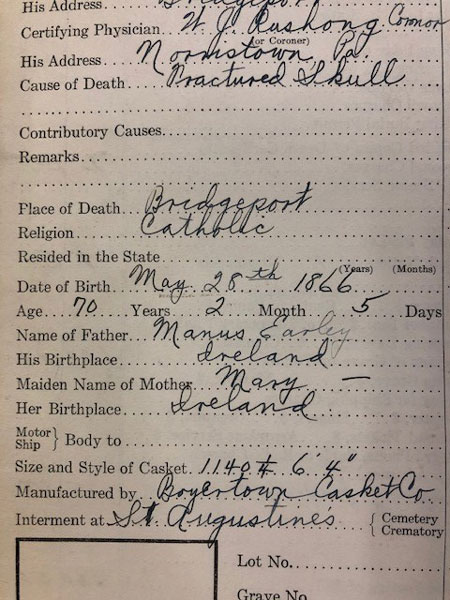 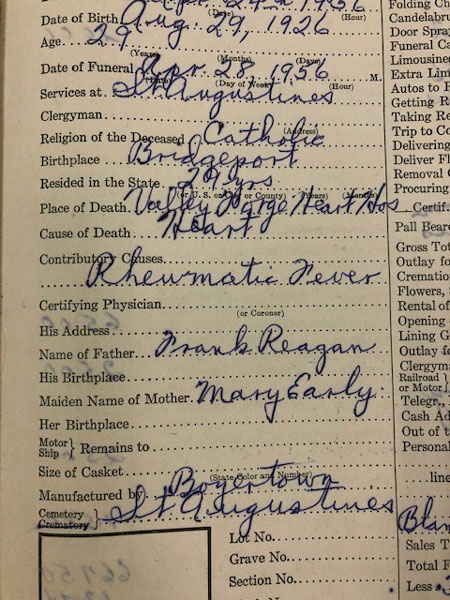 The other half of the form shows the costs of the funeral. You can see that there were many more options, including pall bearers, tent rentals, “aeroplane service,” and telegram charges. 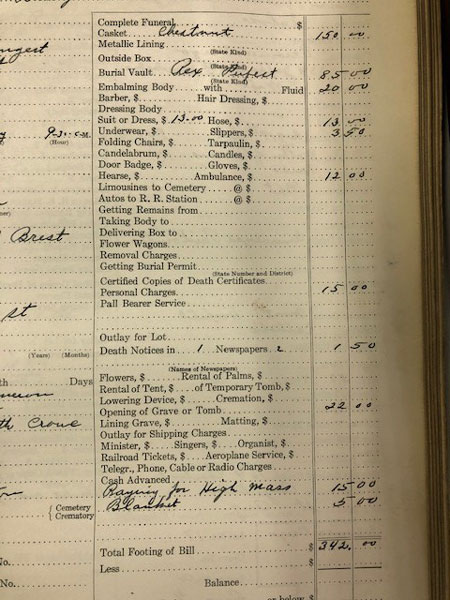 This listing includes “advertising.” That might include placing a funeral notice, or it might mean the invitations that were common for funerals in the past. 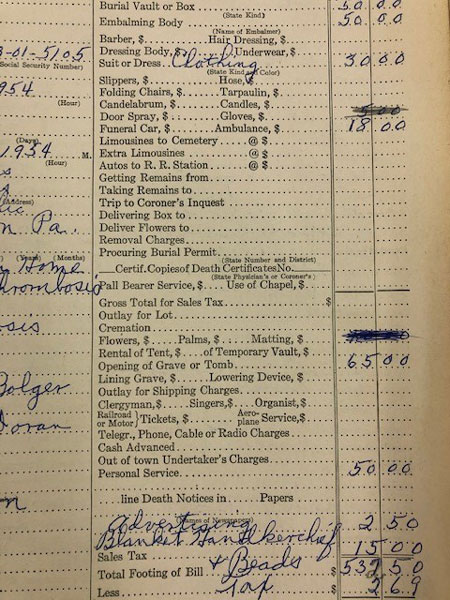 I researched funeral customsin our library to find out more. Edward Hocker (as “Norris”) wrote two articles on funerals in Montgomery County. In the past, funerals were famous for their feasting and heavy drinking. Needless to say, they were also well attended. He reports on a Pottstown woman who had, by 1909, attended 3,094 funerals. She was 80 years old and had kept a record of each funeral.

He also wrote of the funeral hostlers, usually teenage boys who watched the horses of those attending the service. They were never paid or tipped for their work but were well-fed, and I guess it beat farm chores.

More in this category: « Flexible Flyer Our first wanted poster »
back to top