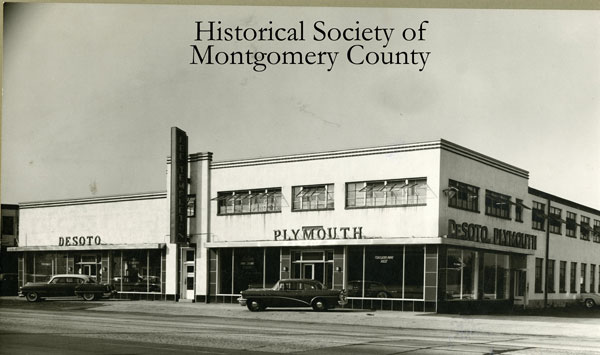 I started on a new shelf in the stacks this morning and discovered 42 photographs of buildings from all over the south-eastern side of Montgomery County. The large format black and white photographs are mounted on cardboard. With the cardboard backing, most measure 18 by 24 inches.

The cardboard backing is signed by the photographer, Ellis O. Hinsey. A few have a date, 1959. I suspect that they’re all from that year or year before. They might have been mounted on cardboard for an exhibit.

All of the photographs are of buildings and several are of churches and parochial schools. 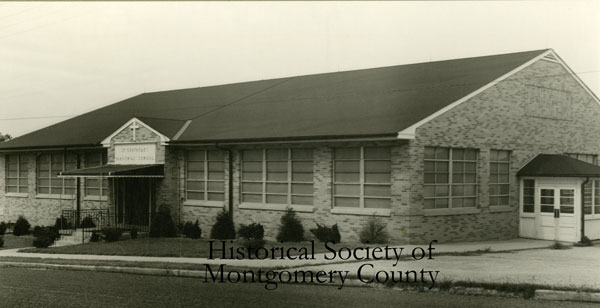 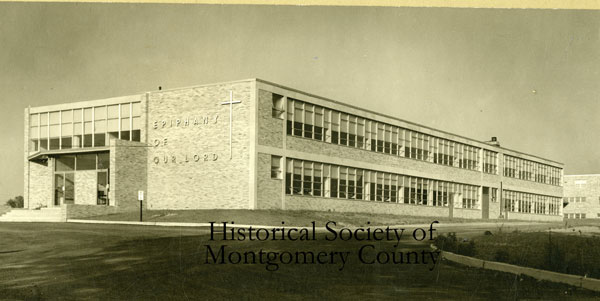 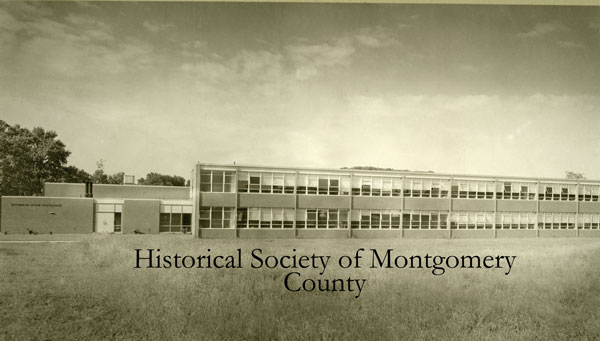 There are also a few businesses. 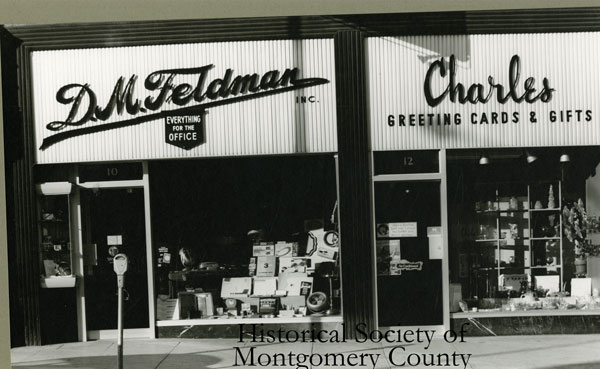 Ellis O. Hinsey was born in 1902 in Akron, Pa. For his day job, he was an English professor, first at Temple and then at the Pennsylvania Military College, now Widener University. He lived in Wyncote, and according to his obituary in the Glenside News, he was a freelance portrait photographer of 20 years. He died at 58 from complications of lung cancer.

More in this category: « Our first wanted poster Fourth Liberty Loan »
back to top