This piece is reposted from April 2014.

Currently at the Historical Society, I’m cataloging our collection of several hundred family histories in order to provide better access to our members and patrons.  In the course of the project, I noticed something interesting.  About twenty family histories were written by the same man, J. Montgomery Seaver. 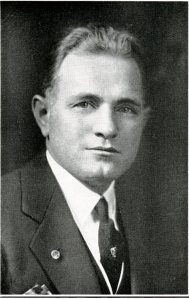 Seaver’s photograph appears at the beginning of each book, along with a few pictures of illustrious members of the family.  These photographs are followed by “The Battle Hymn of the [family name].”  The lyrics to each one is a little different. 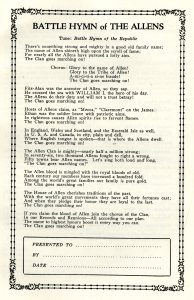 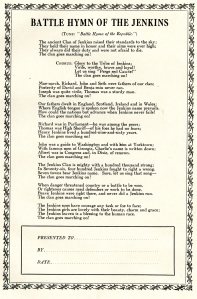 The main part of the book consists of lists of prominent people with the family name and genealogies that usually link the family to King Edward I of England or William the Conqueror. 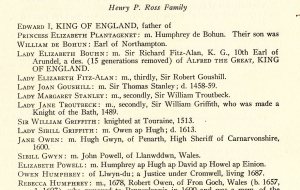 In 1930, Seaver was charged with fraud by the Post Office Department.  Apparently, he picked 49 common last names (the “best” families, as he called them) and sent post cards to everyone in the phone book with those names.  The hardcover, cloth bound books cost $10.00 apiece.  Seaver was convicted of fraud, but the judge was lenient. He suggested that if Seaver put his skills and determination to honest work, he could be very successful.

Seavers books are still cited by researchers, but here at HSMC, we’ve decided to put a disclaimer in the books about the suspected fraud.

It looks like Seaver was out to make money, but other frauds are caused by family legends or the hope to inherit a fortune.  A famous legend concerns Anneka Jans, an early settler in New Amsterdam rumored to be of royal descent.  This article from our archive tells of a family in Lansdale that claimed to be her descendants. 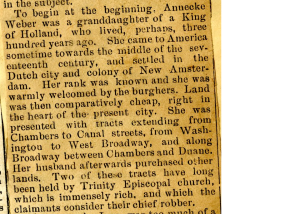 Many people claimed descent from Anneka Jans and sued in the hope of claiming part of a Manhattan real estate fortune.  The real Anneka Jans did own about 62 acres of modern Manhattan, but she was not the granddaughter of a Dutch king (the Netherlands didn’t technically have kings in the 17th Century).  She was from what is today Norway.  A good account of the legend and facts can be found here.

Have you come across any hoaxes or frauds?  Have you discovered any family legends that turned out to be false?

Read 326 times
Tweet
Published in Found in Collection
Tagged under

More in this category: « A New Leg for a Bootmaker Montgomery County Science Fair »
back to top