Can you identify these objects? Here's a hint, the manufacture's name "Dettra" is engraved on each item. 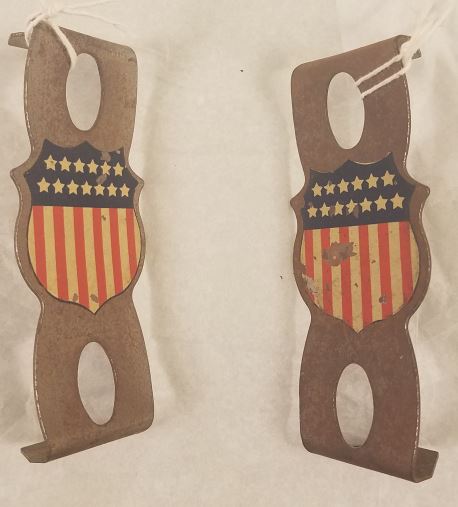 Dettra was a flag company based in Oaks, Pennsylvania. John Dettra founded the company in 1902. The company made flags, pennants, banners, bannerettes, and flag accessories.1 So what are these two mystery items at HSMC...flag holders for your car! Believed to have been made around the mid 1900s, these metal items were designed to attach to your car's bumper and hold a small flag.

The flag business appears to eb and flow depending on current events. For example, when the United States added a star to the flag when Alaska became a state in 1959, Dettra saw a huge uptick in orders for a new flag. When Hawaii became the 50th state later that same year, Dettra lost roughly $150,000 in canceled orders and unsalable inventory.2 However, the company quickly recovered when they made and sold roughly 2 million new flags, roughly double what Dettra normally made in a year.3

At its peak, Dettra employed about 150 people and had a large network of roughly 5,000 distributors, retailers, and wholesalers.4 Dettra even had special shops for custom flag and banner designs. They made signals for Frank Sinatra's yacht and pennants for the Seminole Tribe in Florida.5

Flags and banners were tested for durability against wind and sunlight, sometimes even sent to places like Florida and the South Western United States for testing. Depending on where the custormer lived, they would recommend a certain type of fabric. For example, polyester and cotton are more durable, but due to their heavy nature it takes more wind to fly it on a flagpole. Alternatively, nylon is more lightweight and easier to fly. 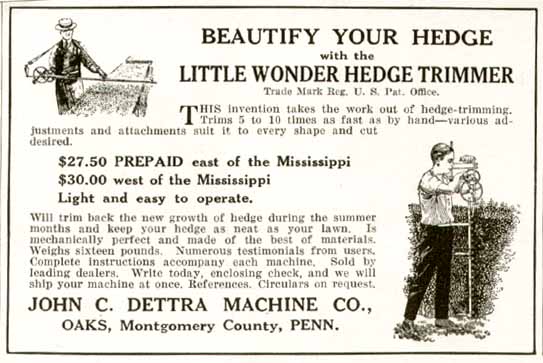 In addition to his flag manufacturing company, it appears John Dettra also trimmed hedges at some point in his life. Here is an advertisement for his "little wonder hedge trimmer" invention.6 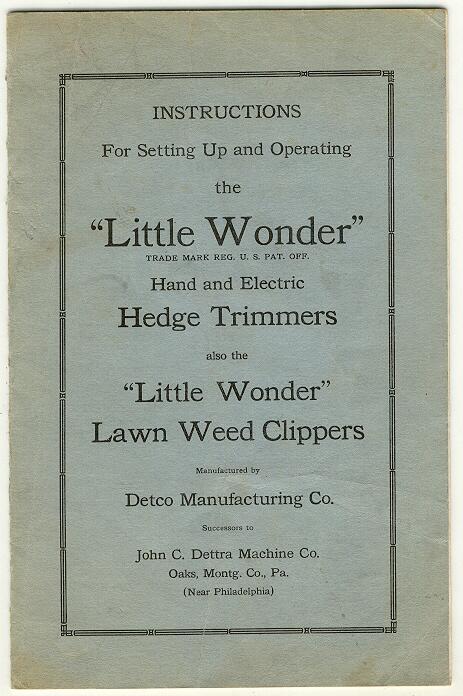 Based on this instruction manual, it appears that at some point Dettra was once named the Detco Manuafacturing Co. The company was eventually purchased by one of their major competitors, Annin & Co., in 1998.

More in this category: « Montgomery County Science Fair "Hill-Billies" at the Norris Theater »
back to top