The Women’s Suffrage Movement and the Montgomery County Connection

In retrospect over one hundred years ago, there existed a significant debate in the country among Americans over women’s suffrage. Although suffragettes who were advocating for the vote had been organized since 1869, there emerged anti-suffrage national and state organizations which formed in 1911.

One has only to read the bulletin issued below by the Pennsylvania Association Opposed to Woman Suffrage to understand the basic argument and platform on which the group stood. This appeared in program for the Fourth Annual Corn and Fruit Show in Norristown in December, 1917. 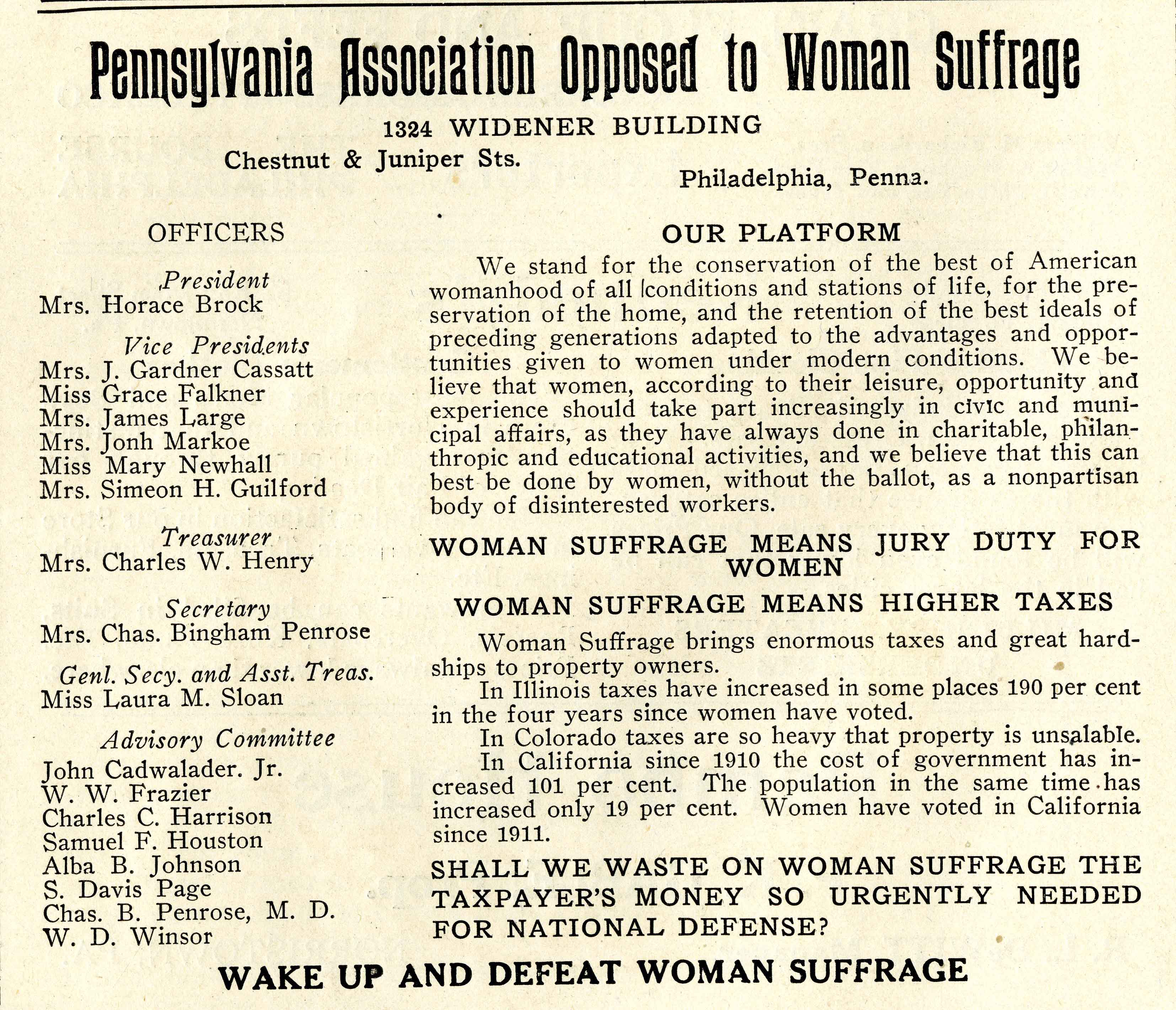 In May, 1915, the Philadelphia Civic Panel held a debate at 1300 Spruce Street on “the pros and cons of women’s suffrage.” Mrs. Wilfred Lewis who was the president of the Equal Franchise Society argued for the vote. Mrs. Horace Brock, President of the Pennsylvania Association Opposed to Woman Suffrage argued against it. Mrs. Imogene Oakley argued for “limited equal suffrage.”

As we look into this time in history, we see that state and local positions were reflective of a national movement led by Josephine Dodge, the founder of the National Association Opposed to Woman Suffrage. On the other hand, Reverend Doctor Anna Howard Shaw was honorary president of the National American Woman Suffrage Association. She was also both a medical doctor with a degree from Boston University in 1886 and an ordained Methodist minister.  The Woman Suffrage Party of Pennsylvania had a Montgomery County chapter headquartered at 17 East Penn Street and chaired by Mrs. A. M. Snyder of Ardmore in 1917. 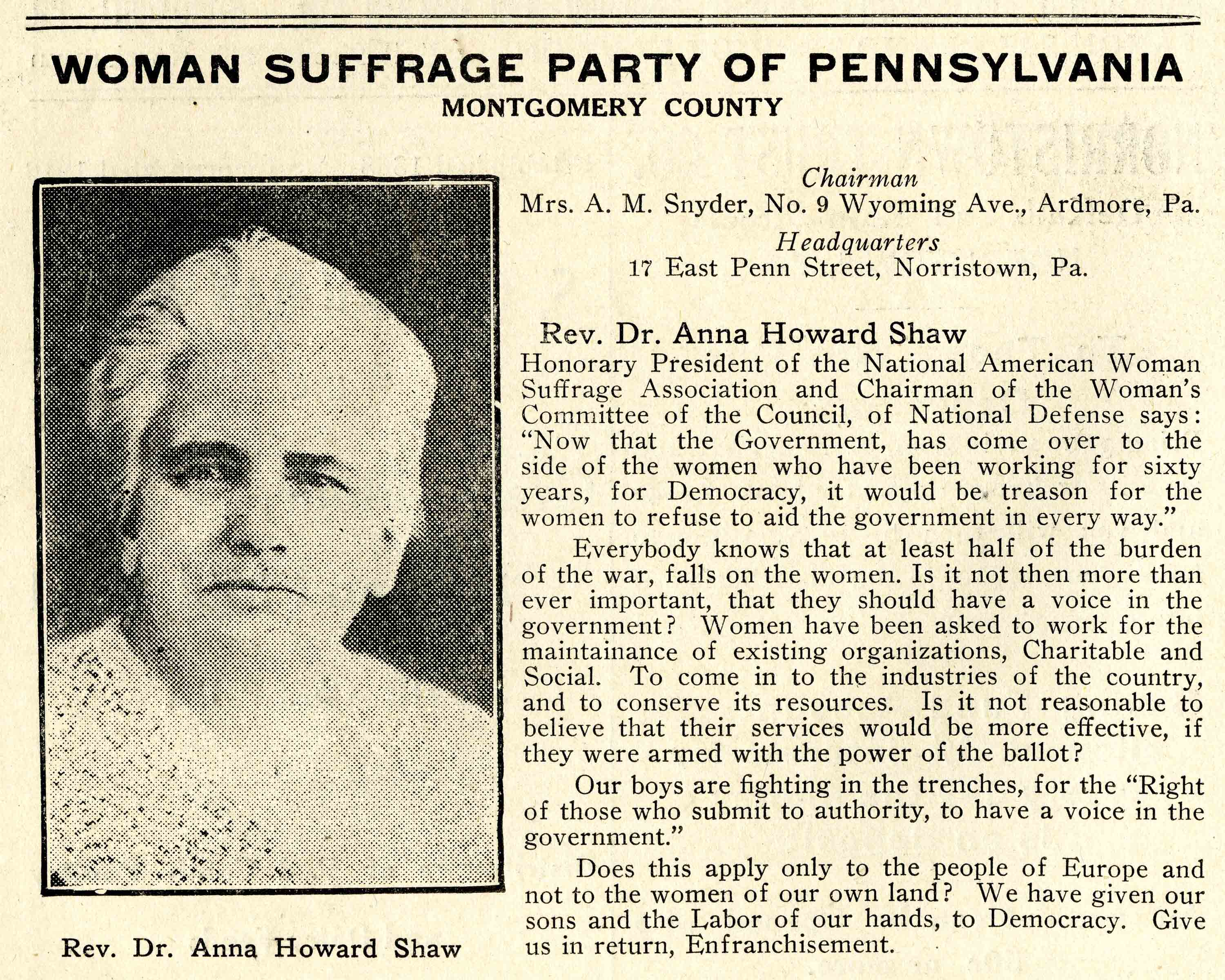 As we know, on August 18, 1920, the 19th Amendment to the U.S. Constitution was ratified and granted American women the right to vote. This right was and is known as woman suffrage thus the position of Dr. Anna Shaw and her organization prevailed. In closing, Dr. Shaw’s life reflected a lifetime of achievement, dedication, and commitment to humanity and women’s causes that should not go unnoticed.

Read 3344 times
Tweet
Published in Found in Collection
Tagged under

More in this category: « Too Cold to Blog! How Wissahickon Became Ambler »
back to top