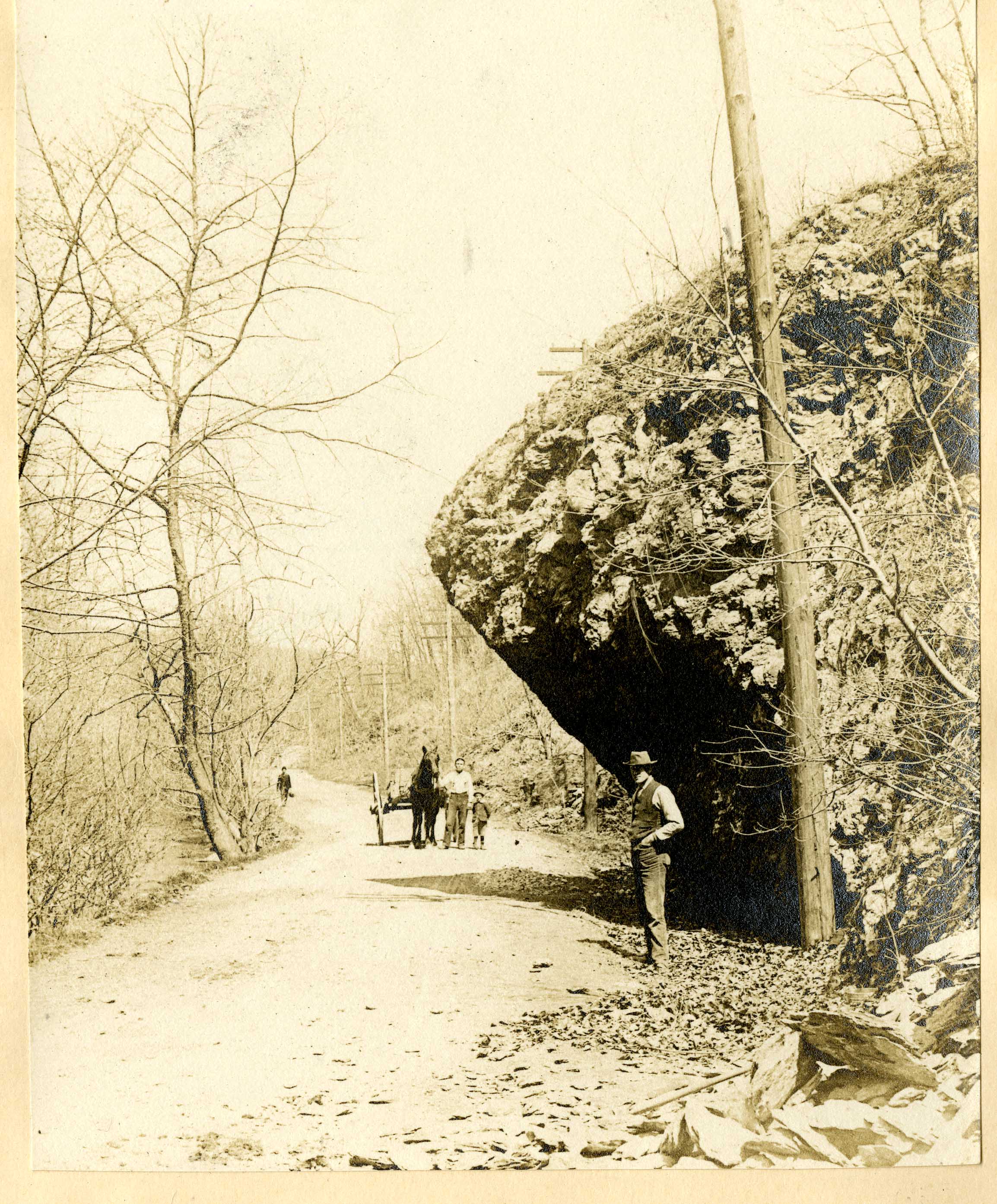 Do you recognize this famous spot in Montgomery County?  It's "Haning Rock" or "Overhanging Rock" on Route 320, Gulph Road, in Upper Merion.  You can see in this picture that the road was a narrow dirt road that was orginally laid out in the early Eighteenth Century.  General George Washington and his troops passed beneath this rock in 1777 on the way to Valley Forge. 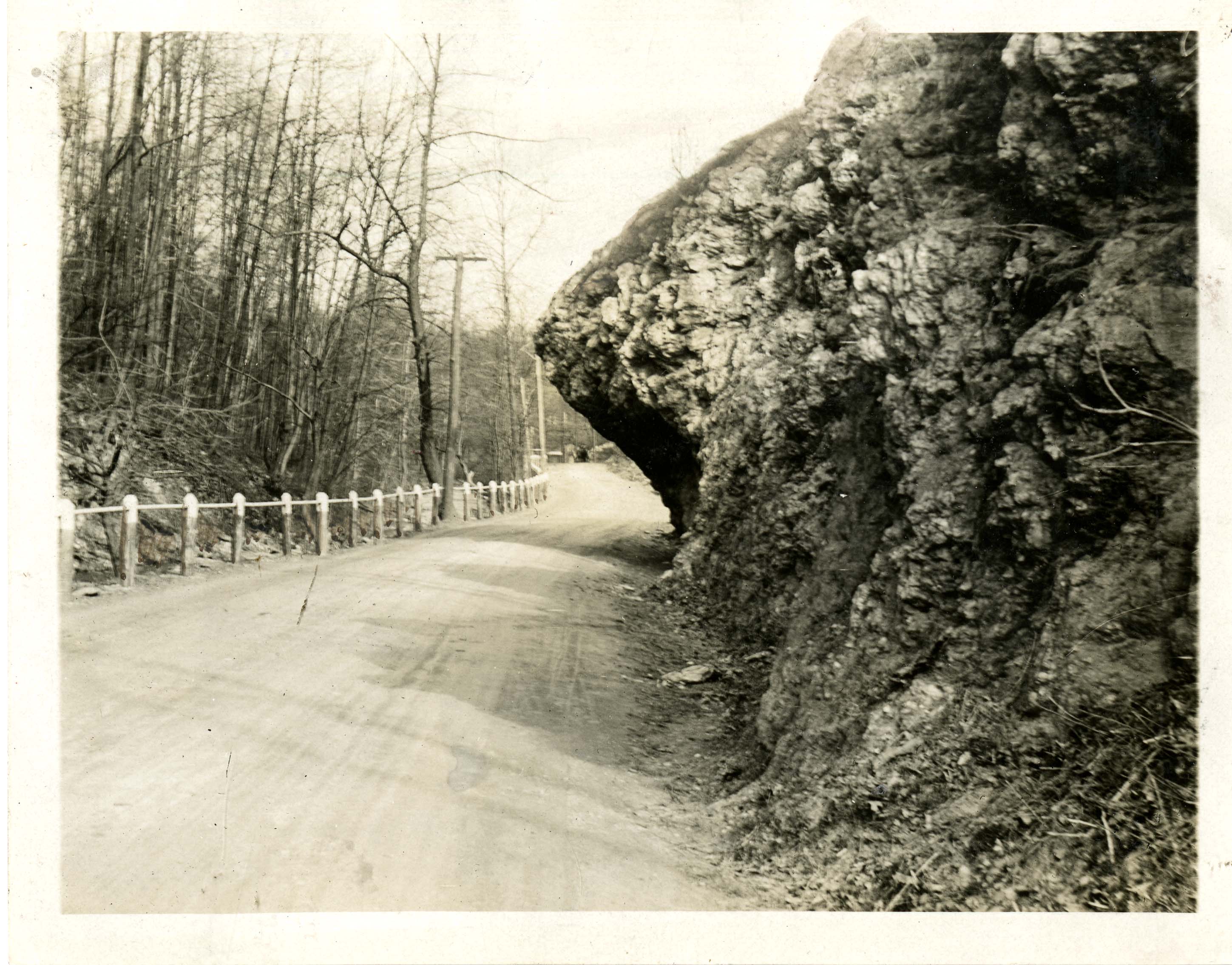 In 1917, the Pennsylvania Highway Department proposed destroying the rock in order to widen and modernize the road.  Local people protested, and Mrs. J. Aubrey Anderson, who ownded the rock, donated it to the Valley Forge Historical Society in 1924.  Eventually, the Highway Department agreed to reprofile the rock, which has been done several times over the years to allow for modern traffic to flow underneath.  At one point there was a staircase leading people to a park at the top of the rock. 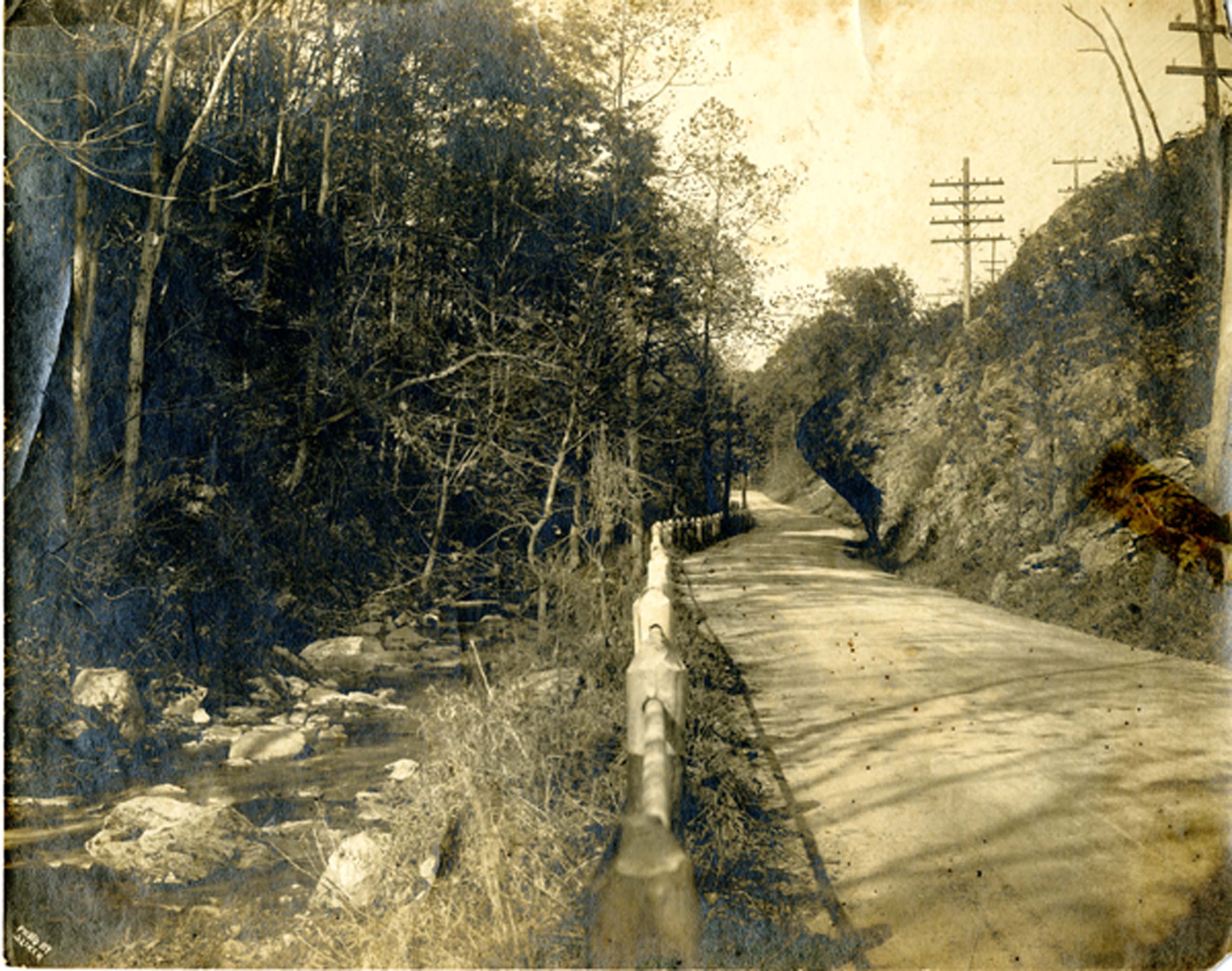 Read 3483 times
Tweet
Published in Found in Collection
Tagged under

More in this category: « The Montgomery County Agricultural Society The 51st at Fredericksburg »
back to top