“There is a limit of human endurance…”

Adelaide Cottrell was born Adelaide Chain in Norristown in 1894.  Her parents were B. Percy and Elizabeth Chain.  Around 1918 she married a military man from Lancaster County named Joseph Cottrell.  For the next three decades, she traveled with him around the world on his various assignments as an expert in coastal artillery.  In 1940, they went together to what was meant to be his final assignment – a small island opposite Manila Bay called Corregidor. 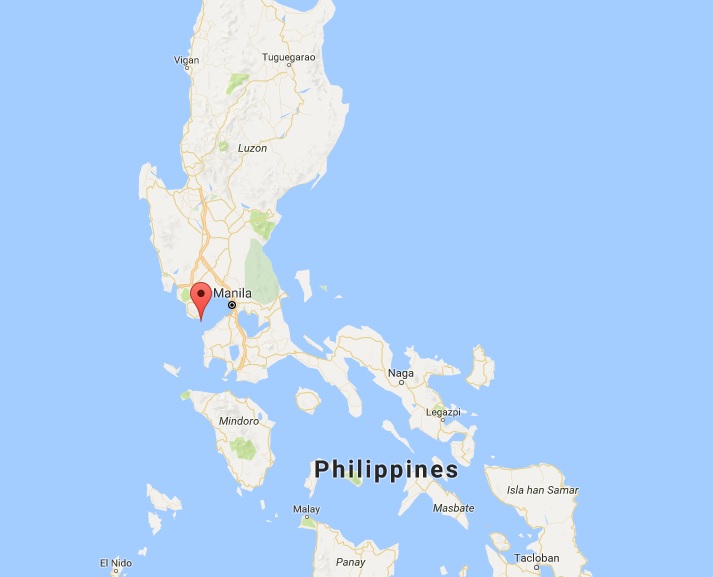 In June of 1941 Adelaide, along with other civilians on the island, was evacuated as Fort Mills went on high alert.  The Japanese first attacked the island on December 29, 1941. 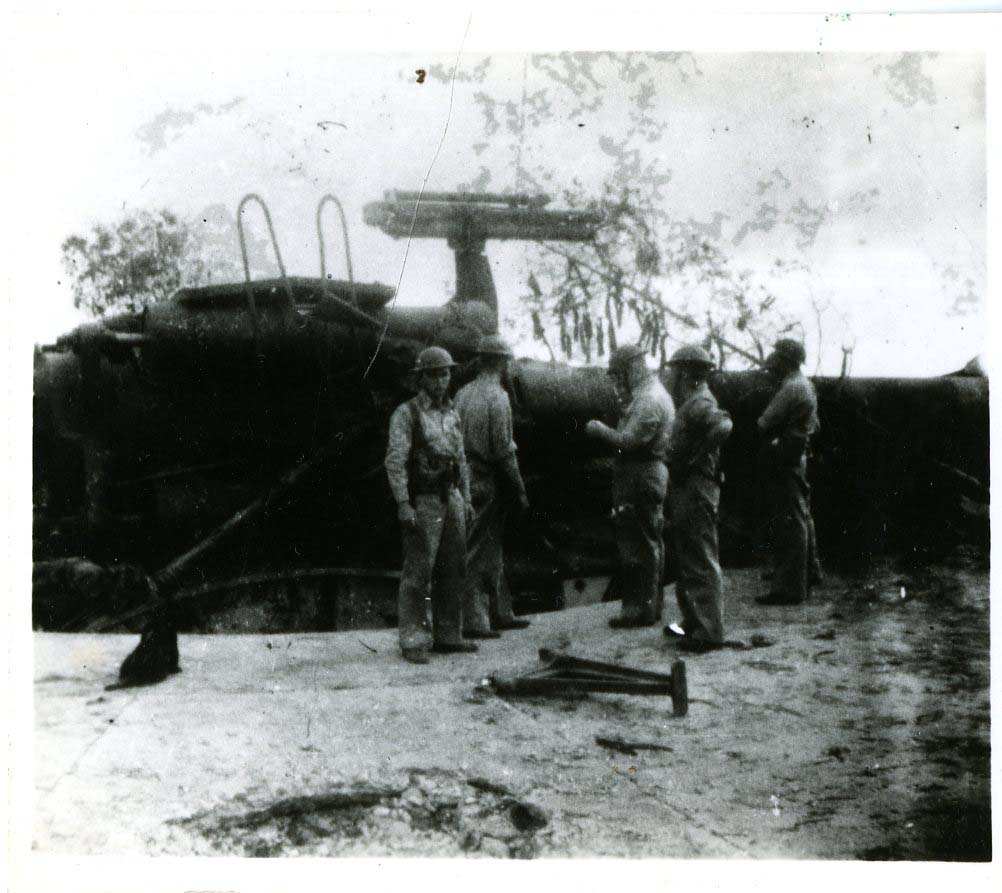 Photograph of the seige of Corregidor

They continued attacking until May 6, 1942, when the American troops, under General Jonathan Wainwright surrendered.  In a radio message to President Roosevelt, Wainwright said, “There is a limit to human endurance and that point has long been passed.”

Americans at home were aware that the Japanese had taken the Philippines, but living with her family back in Norristown, Adelaide Cottrell didn’t know what had happened to her husband.  Then a photograph appeared in the Philadelphia Evening Bulletin, claiming to show prisoners of war, including General Wainwright.  Adelaide saw that photograph and realized it was her husband, Joseph.

She tried to send him letters, but the army sent them back because Col. Cottrell had not appeared on the official POW lists from the Japanese. 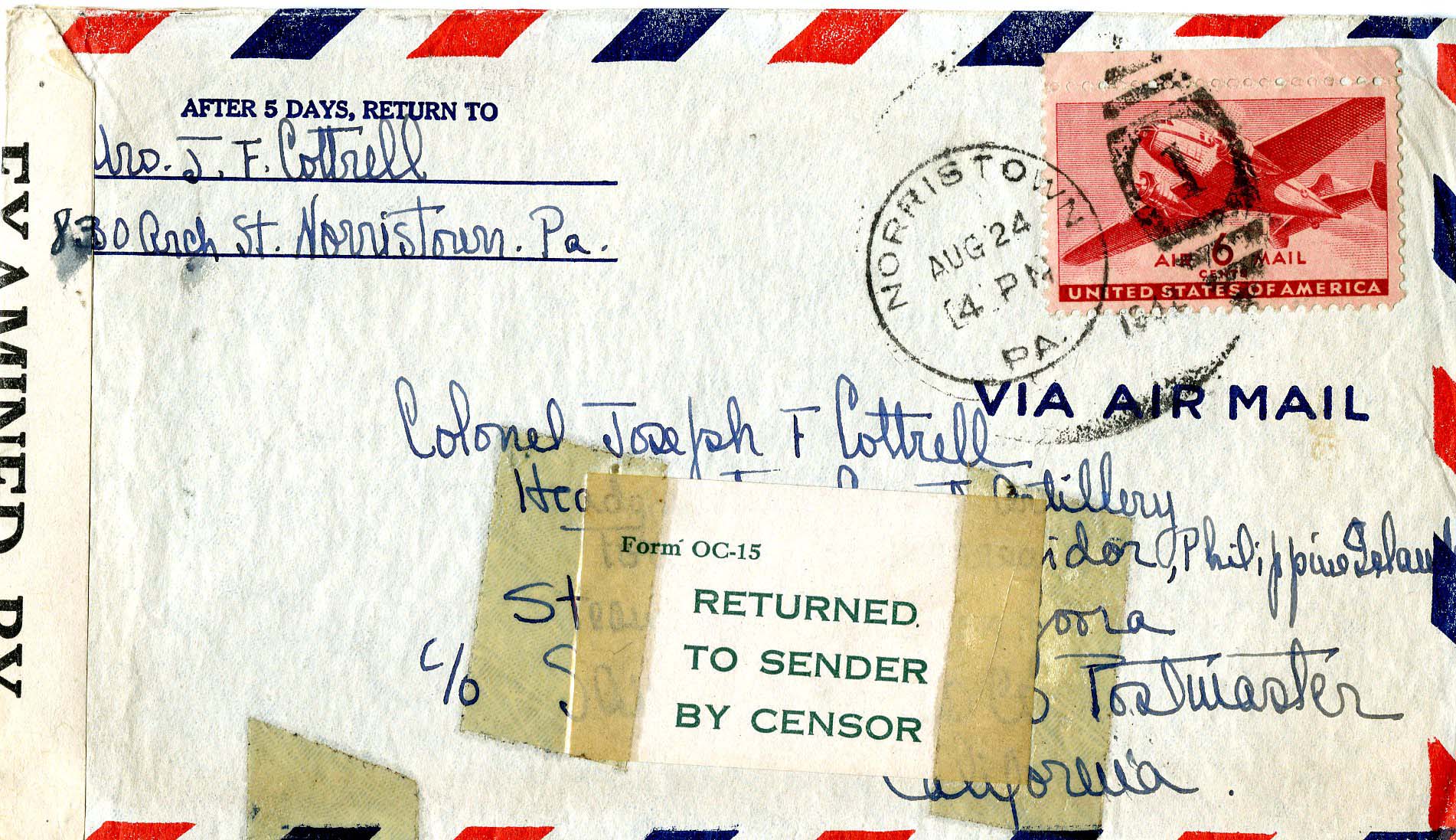 A returned letter from August, 1942, three months after Joe was captured.

Eventually, her letters were delivered, and she received a few in return.  Col. Cottrell was held for over three years, first in Taiwan then in Manchuria.  During that time, he hit the mandatory retirement age in the army, a fact he addresses in this brief letter.

This letter from Adelaide was censored.  The note at the bottom says it was written in May 1943.  A note on the envelope shows it was received in May, 1944, a full year later. 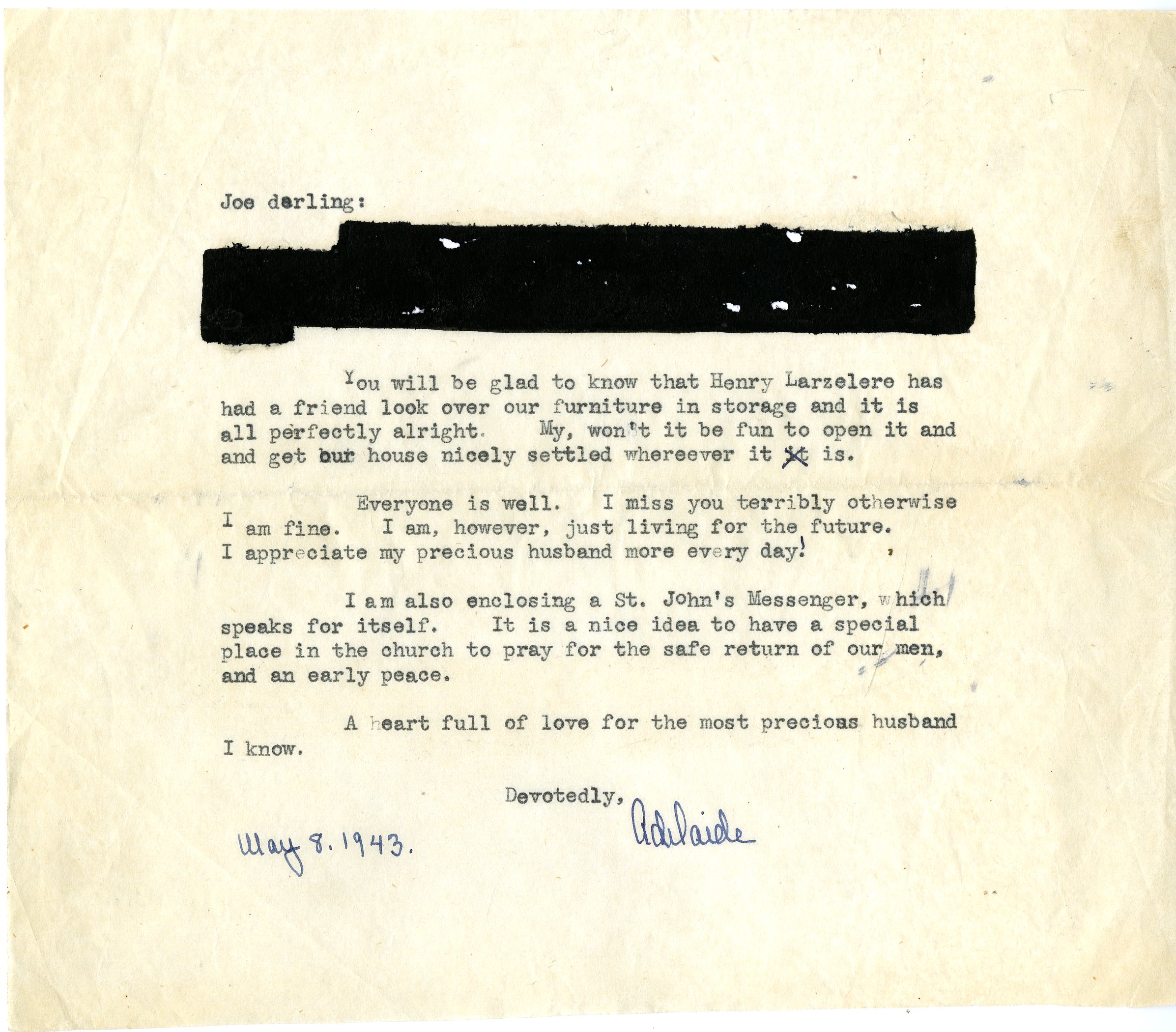 At the end of the war, Joe was at Camp Hoten Mukden in Manchuria, which was liberated on August 20, 1945 when Soviet troops arrived.  I found some footage of the liberation on YouTube.  I think (but of course I can't be sure) that Joe appears about the 2:10 mark.  Adelaide received a telegram regarding his release. 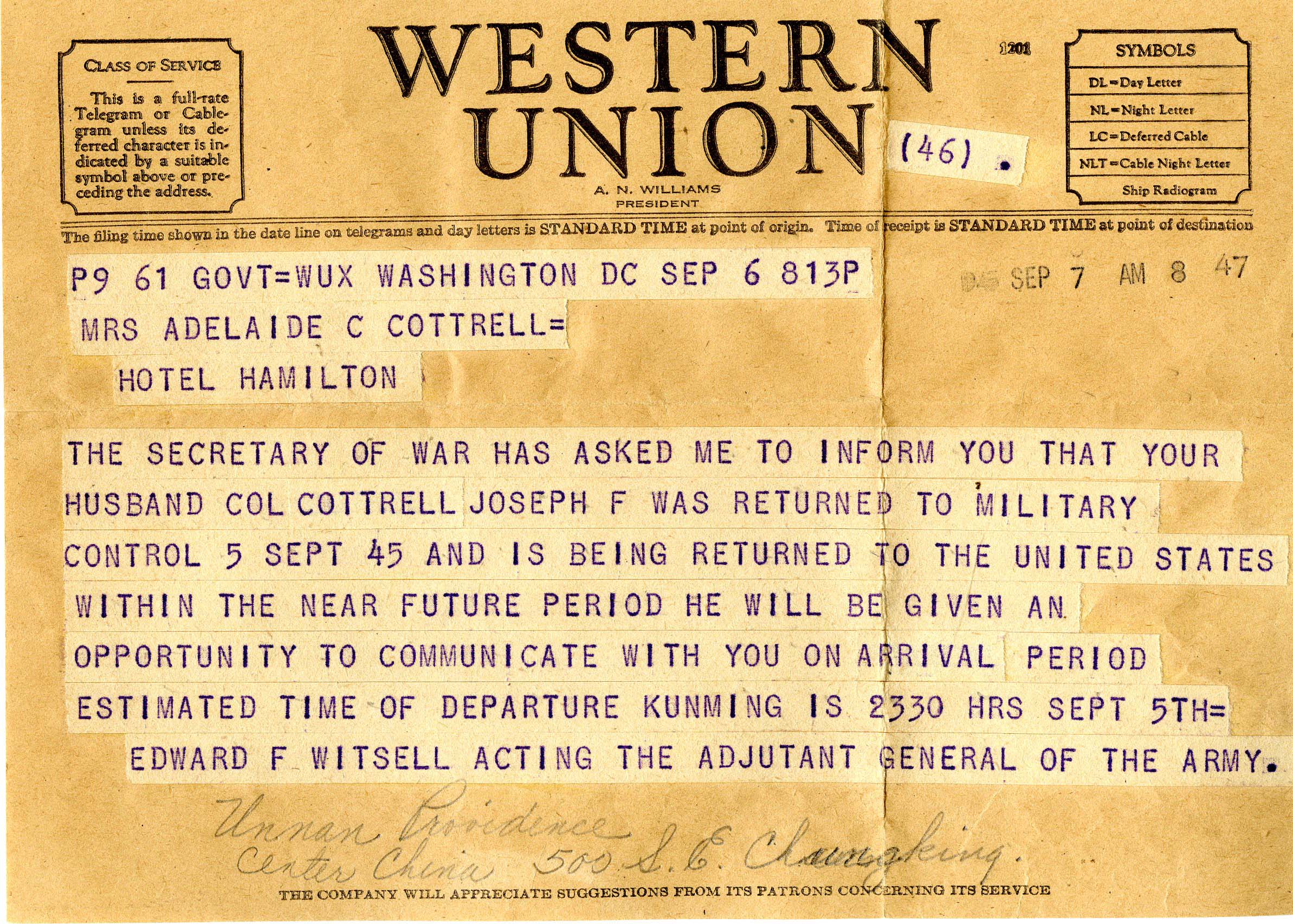 Although he sounds positive in his letters, Col. Joseph Cottrell did not recover from his time in POW camps.  He died in 1948 and was buried in Arlingon National Cemetery.  Adelaide, who died in 1981, is buried next to him. 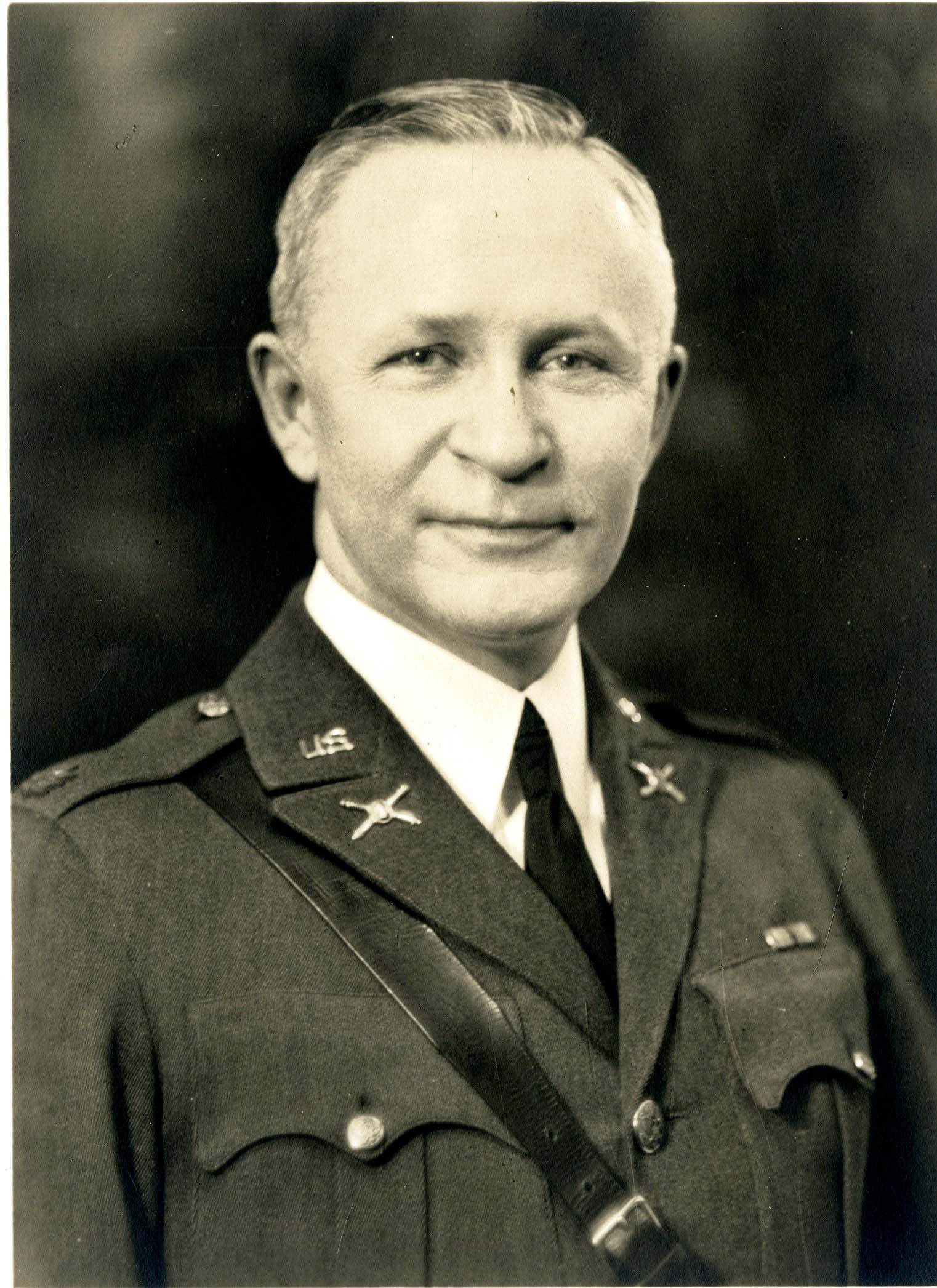 More in this category: « The 51st at Fredericksburg Merchant Marine League of Norristown »
back to top