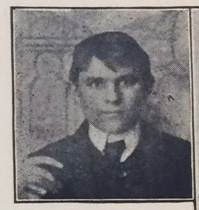 Dr. Ceasare Lombroso in the 19th Century was a noted criminal anthropologist and was known as the father of modern criminology. Although many of his theories have since been discredited, at the turn of the 20th Century his “criminal classifications” were well regarded. In 1902, one John Motsko of Pottstown, PA was classified in one of Lombroso’s categories as an “instinctive or born criminal type.” 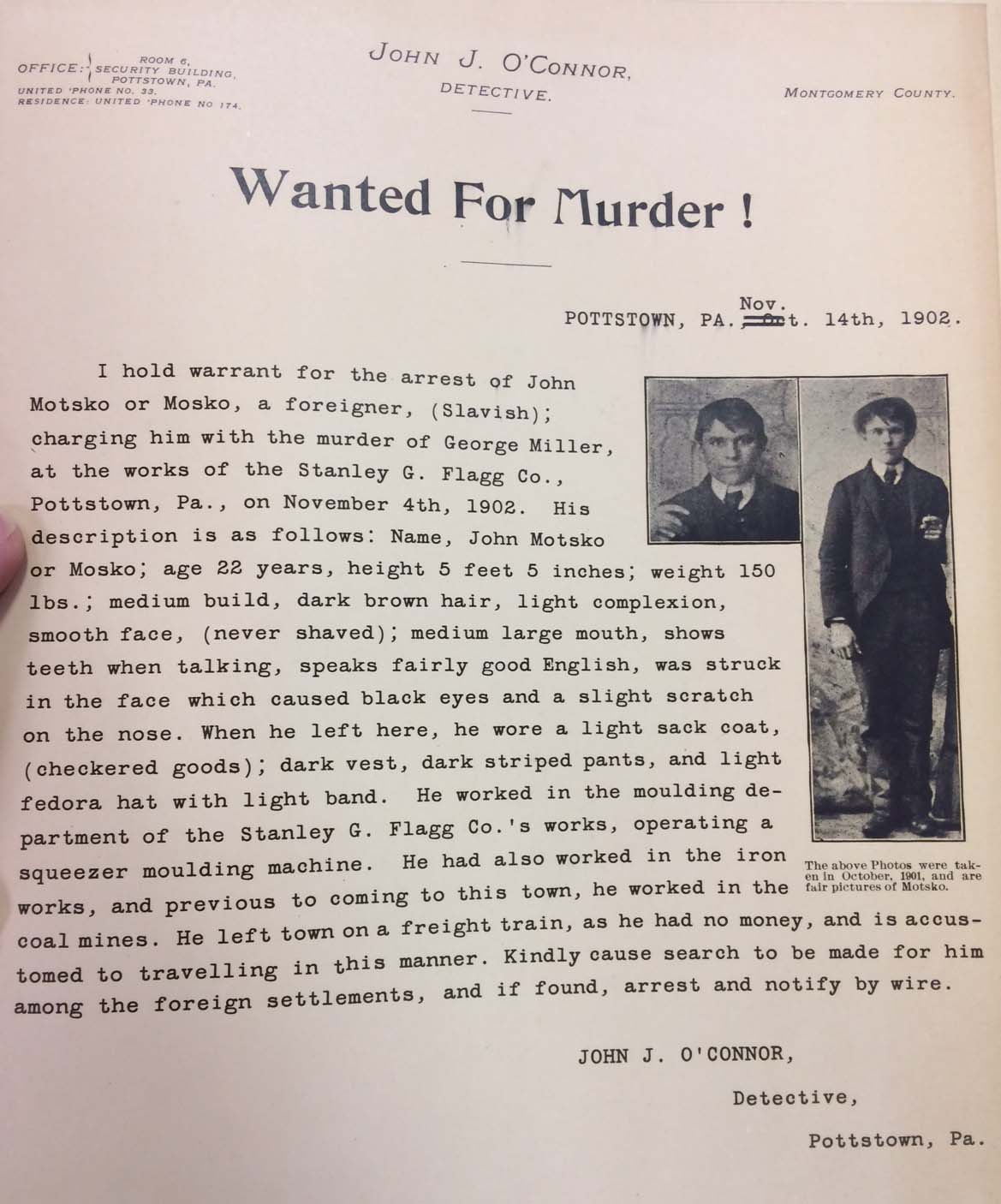 A wanted poster was issued by Detective John J. O’Connor for Mr. Motsko for the murder of George Miller at their place of employment, the Stanley G. Flagg Co. in Pottstown on November 4, 1902. The wanted poster authorized a $250 reward for his arrest. The result was evidently effective because on December 10, 1902, Mr. Motsko was taken into custody by Detective O'Conner. 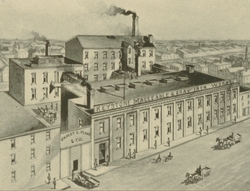 Mr. Motsko was held for a hearing where he was described as showing “no emotion” and reportedly acknowledged striking the victim with the shovel. The victim, Mr. Miller, age 22, died a few hours after. According to the Pennsburg Town and Country, the men had quarreled several times over tools. It was during this period of being held for court that the Lombroso classification was applied. The defendant, Mr. Motsko, was held for trial in March 1903, according to the Wilkes-Barre Sunday Leader.

In closing, it seems that although we have our social, electronic, and mass media methods, our communities of yesteryear had their share of effective measures well over 100 years ago that got the job done as well.

Read 2138 times
Tweet
Published in Found in Collection
Tagged under

More in this category: « A monument in Hatfield The Kenderdine Mill »
back to top