Built in 1734, the Kinderdine mill is located at Keith Valley and Davis Grove Road in Horsham Township.  It was built by Joseph Kenderdine.  The Thomas Kenderdine was an early Welsh settler in Horsham. The photograph below shows the mill in 1904, when it was still in operation.  This photograph and all the ones below were donated by Ann Hagarty. 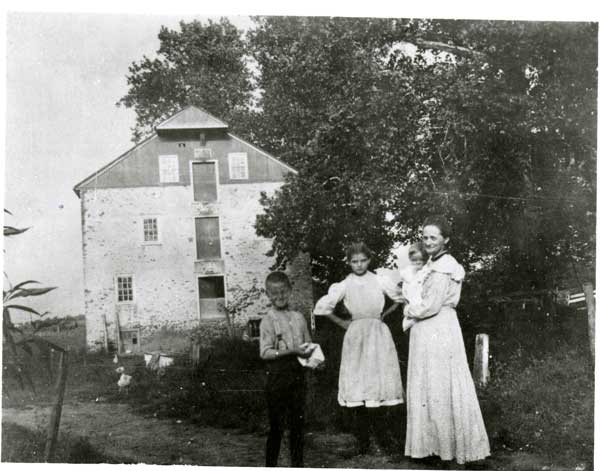 The woman holding the baby is Hannah Kenderdine (Hagarty?) was the last Kenderdine to live at the mill according to a note on the back.

The Kenderdines were well known mill designers in Montgomery County.  The Historical Society has the papers of George Kenderdine in its collection.  George was born in 1805 and lived much of his life in Hatboro, where served as the first burgess.  He was mill wright and a frequent contributor to the Norristown Herald. 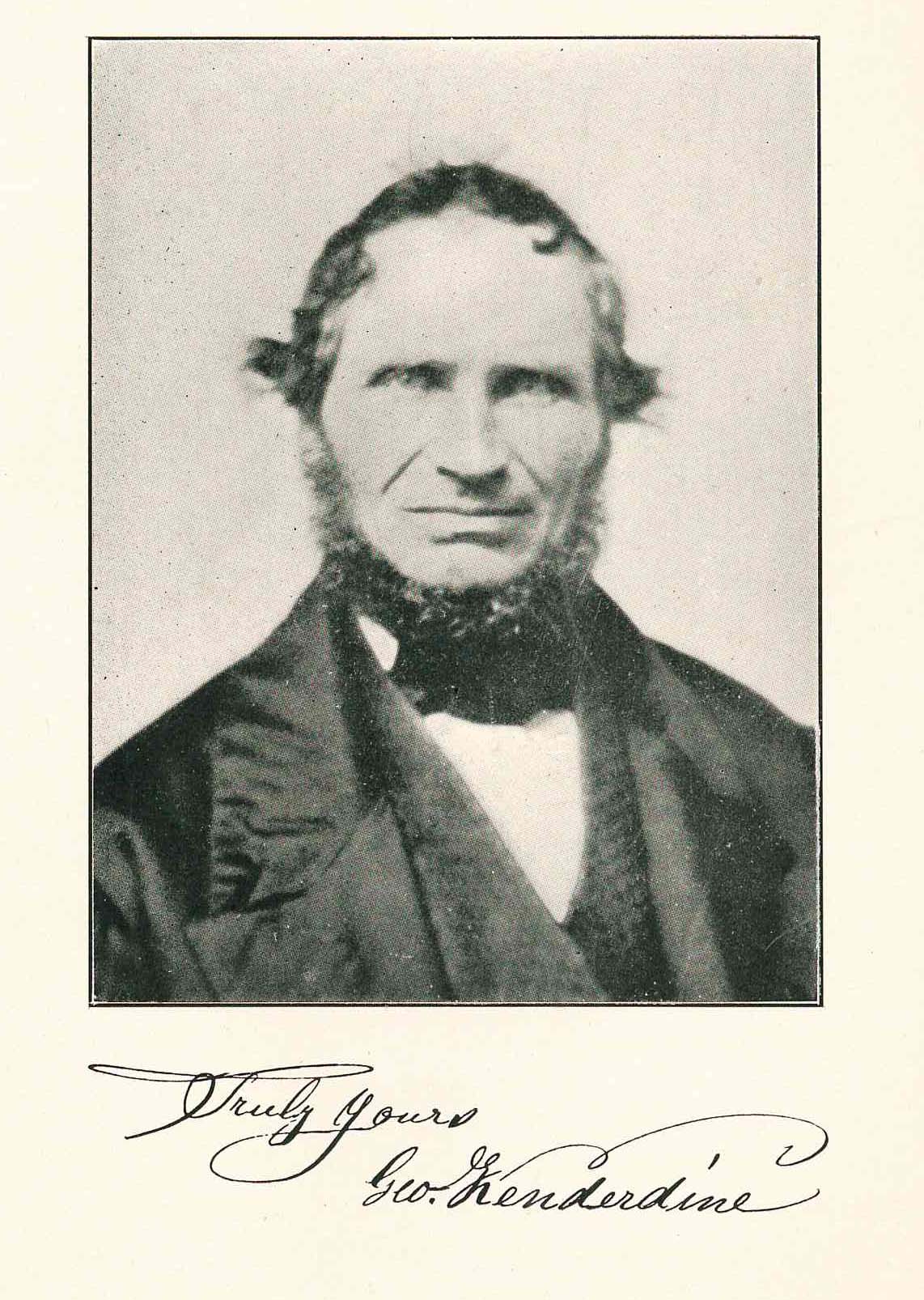 This is an agreement from 1847 for an apprentice. 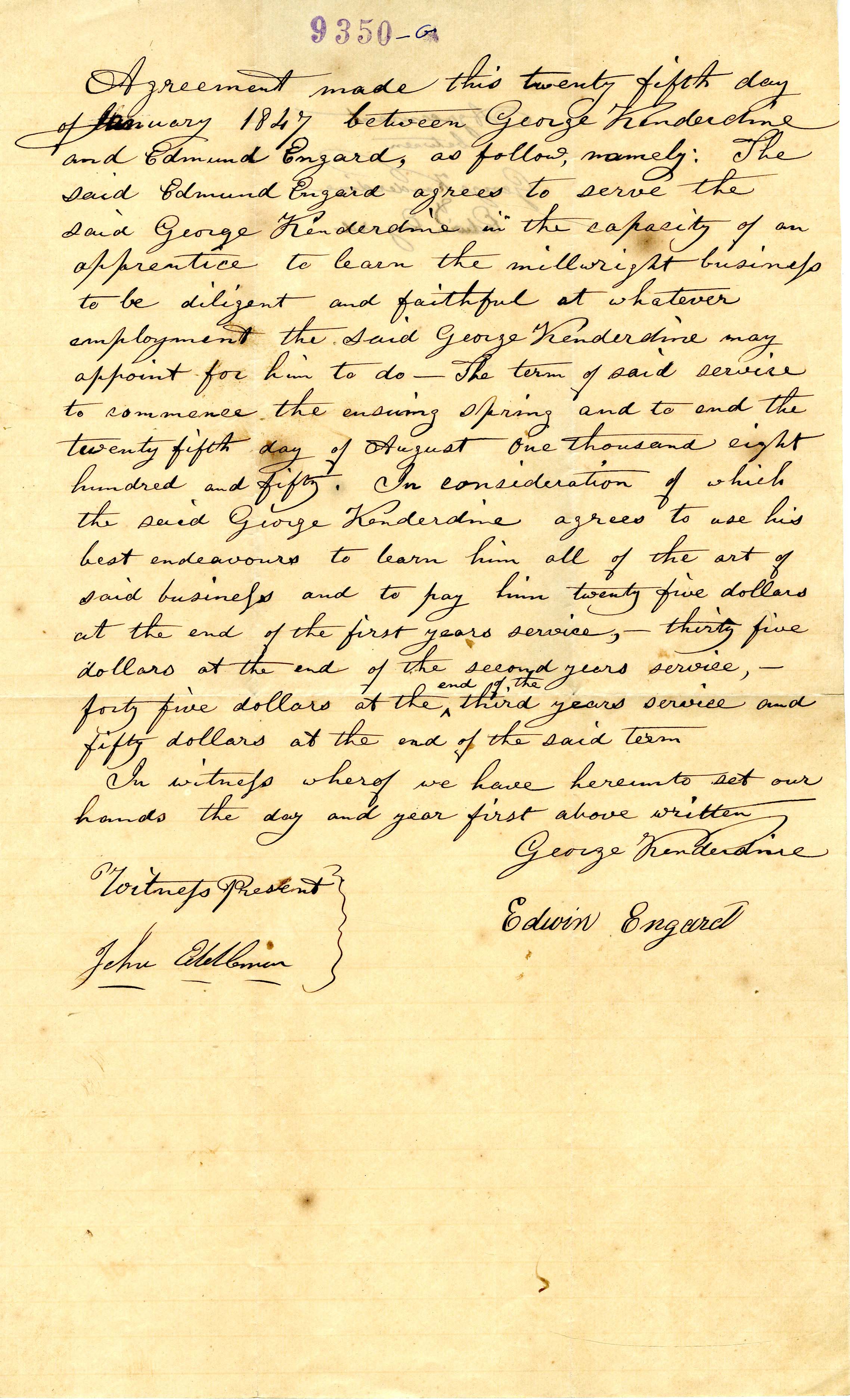 This letter shows his sketch of a turbine. 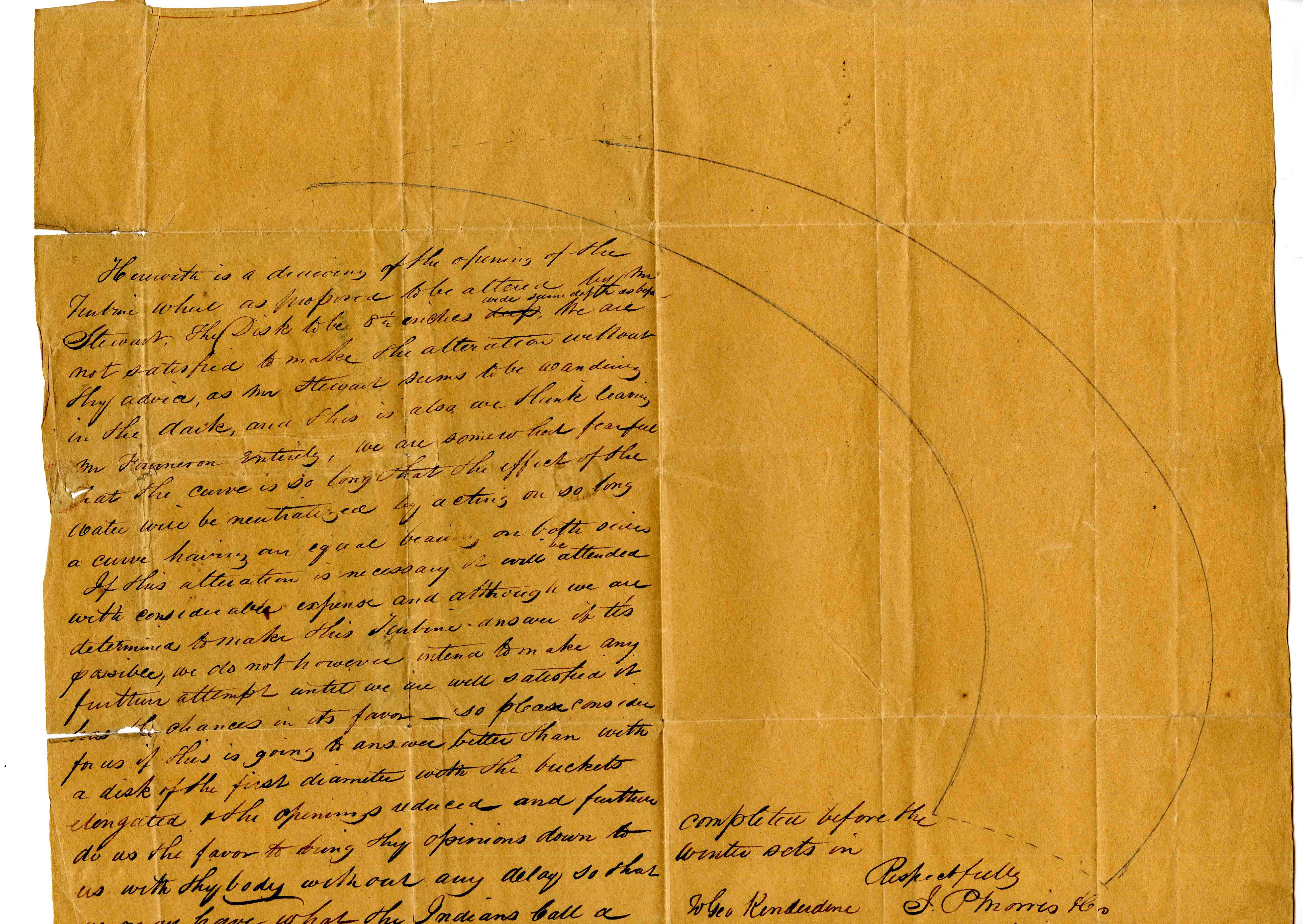 The Kenderdine mill was an early industrial complex made up of several buildings.  This house is labeled “The Old Home” on the reverse of the photo.  It’s dated 1914. 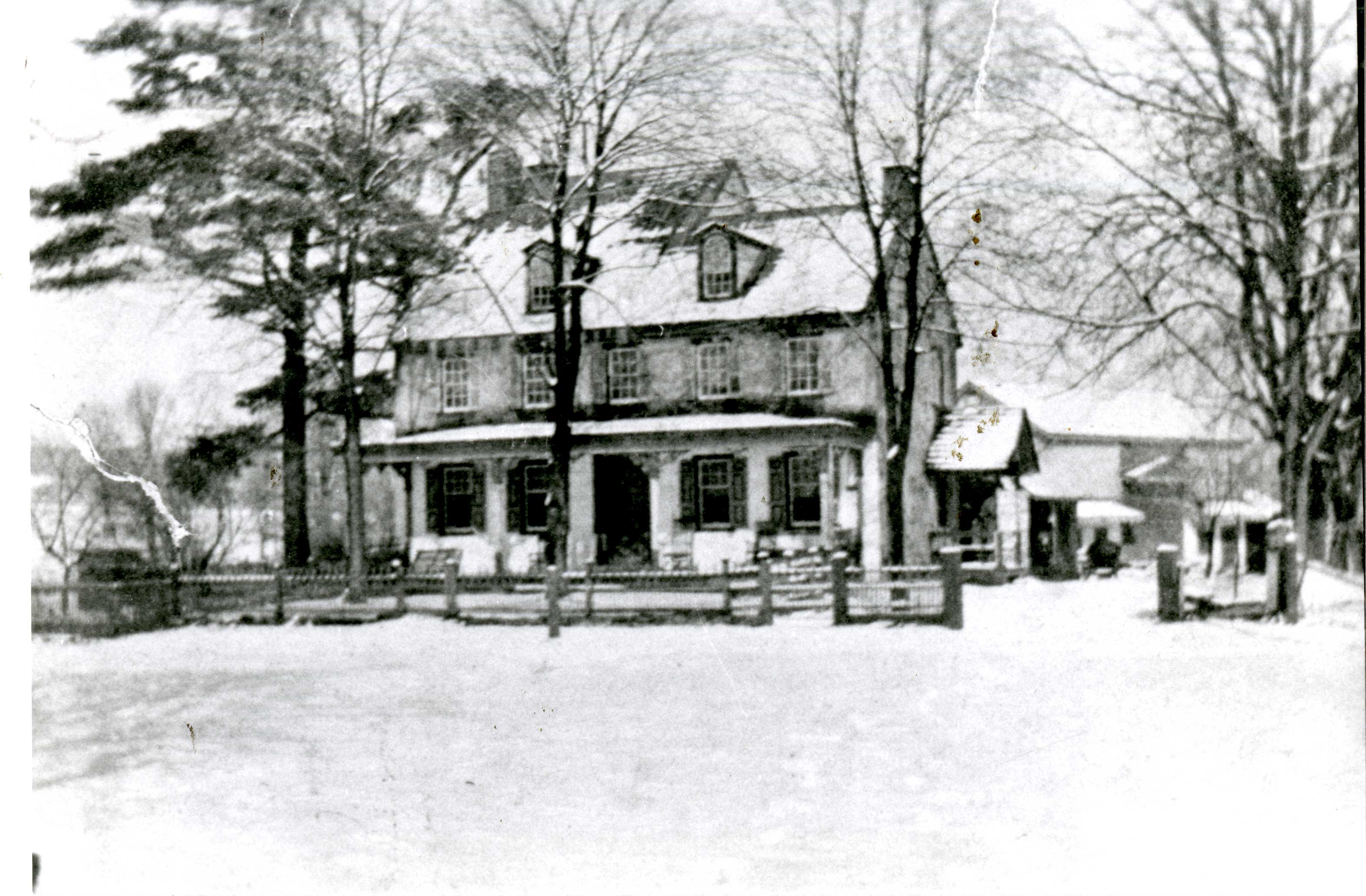 The Hagarty family were the owners of the mill in the early 20th century.  Here are the sisters Hazel and Meta in an undated photograph (probably the 1910’s).  Meta was the young girl in the photograph of the mill, and Hazel is the baby in that same picture. 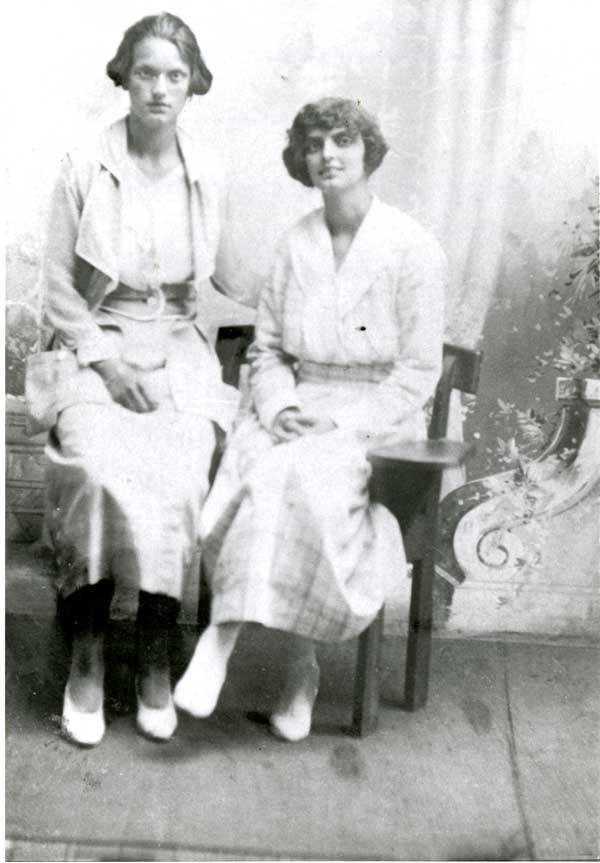 The Hargartys were related to the Kenderdines.  This young man is Clarence Kenderdine Hargarty.  The photo was taken in the Philippines in 1917. 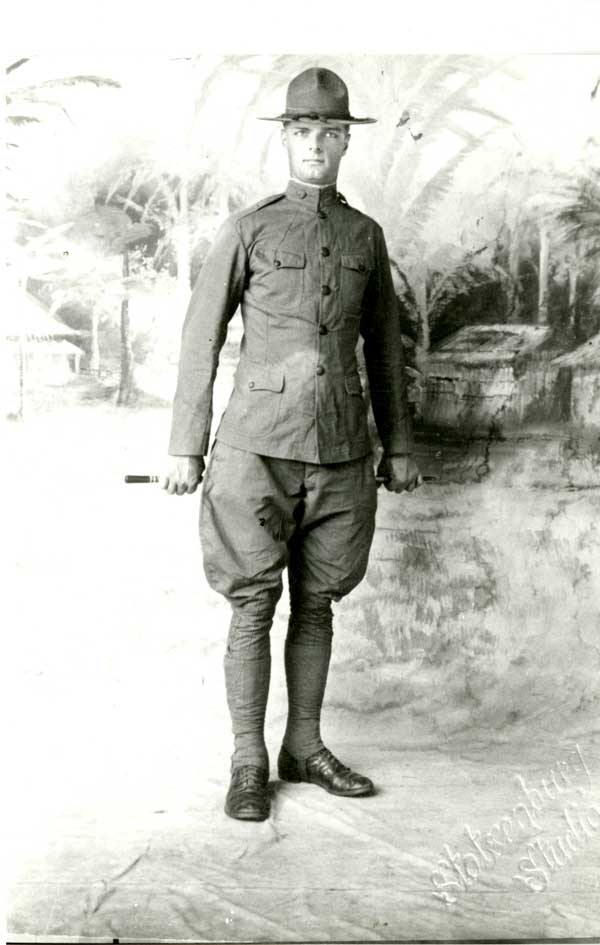 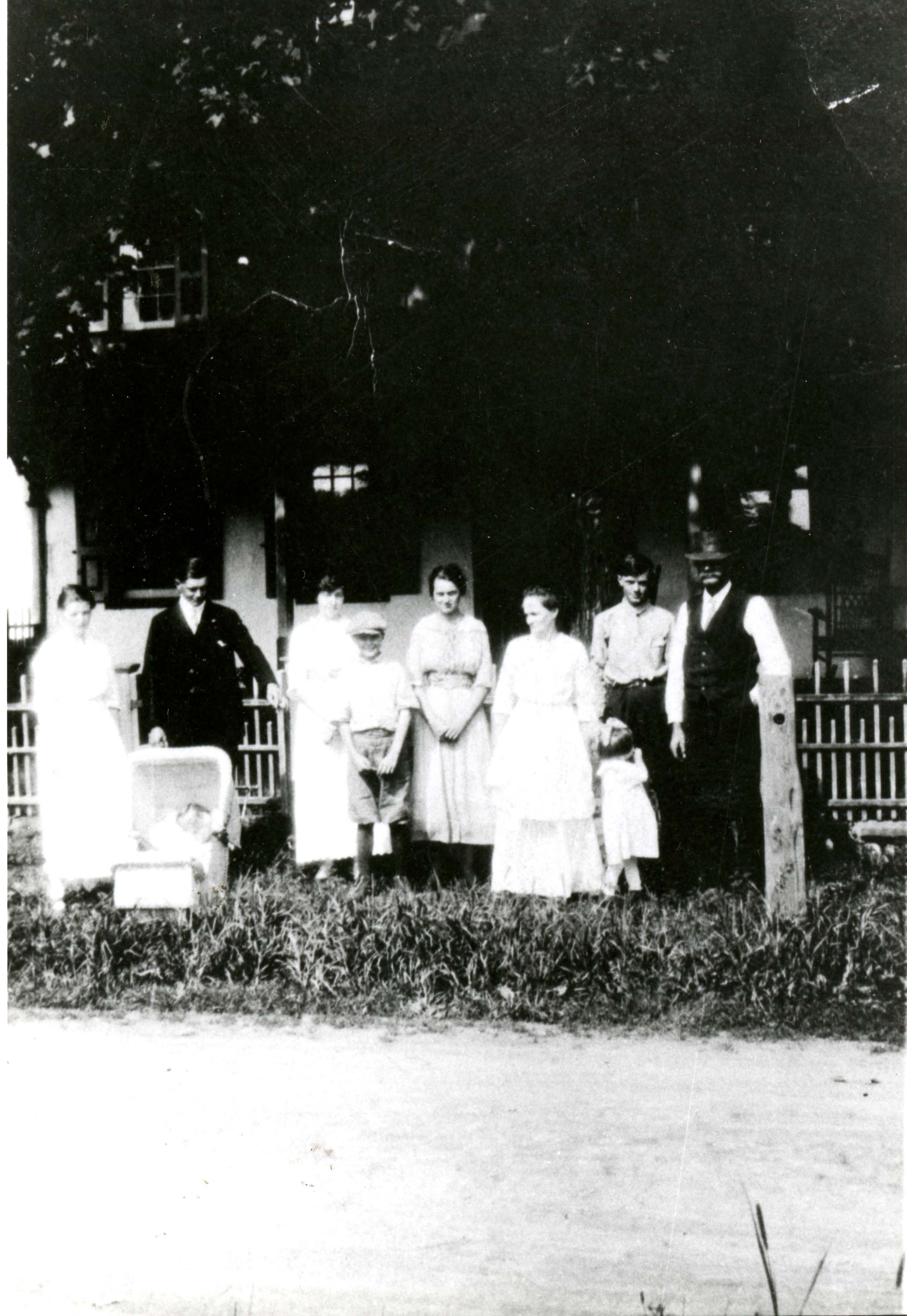 The mill stopped operating in 1917 and many of the metal The Kenderdine Mill was placed on the National Register of Historic Places in 1992.  Today it is a private home.  You can read more about it at the website Living Places.

Read 2343 times
Tweet
Published in Found in Collection
Tagged under

More in this category: « Warrant for John Mosko Class of 1900 »
back to top