Theodore Heysham and Annual Day of Thanksgiving for the World

Cleaning my desk, I found an interesting pamphlet promoting an idea for a world celebration of Thanksgiving. The concept was thought up by Theodore Heysham, who was a prominent Baptist minister in the Norristown area. 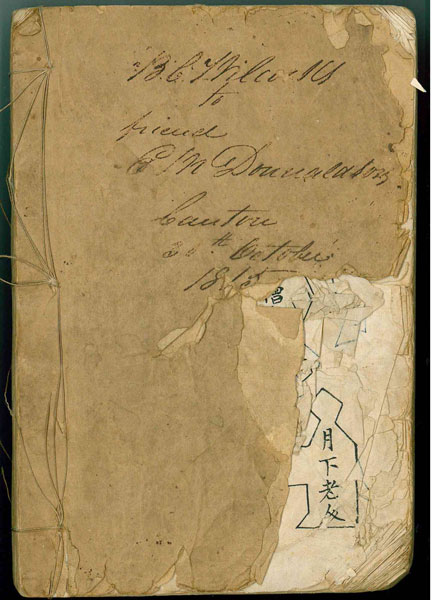 He was born in Plymouth Township, near Cold Point, but his family moved to Norristown while he was still very young. He attended the Sandy Street and Oak Street schools until his health forced him to spend a few years in the country as an adolescent. At the age of 22 he joined the Lower Providence Baptist Church, and there he discerned a calling to become a minister. He attended Bucknell for two years, then went to the University of Pennsylvania in his junior year. That same year (1894) he represented Penn at the first intercollege debate with Cornell, a debate won by Penn.

He later attended Crozer Theological Seminary in Upland (the school’s most famous student is Dr. Martin Luther King, Jr.) and studied philosophy at Penn. Eventually he became minister at the First Baptist Church of Bridgeport. According to his obituary in the Times-Herald, during his time at this church, Heysham organized a citizens’ committee to stop the “Shirt-Waist Gang” of Bridgeport (I couldn’t find anything on this gang, but when I do, I’ll be sure to post it to the blog).

Heysham was troubled by poor health throughout his life and he left Bridgeport for Southern California for his health. When he recovered, he briefly took a position at a large Baptist church in Minneapolis, but his health soon forced him west again. This time he went to San Francisco, and he was there for the 1906 earthquake. He went back to the east coast and made many speeches describing his experiences to raise money for the relief of the city. Eventually, he returned to Bridgeport and once again led the congregation at the First Baptist Church.

It was during his second ministry there, that Heysham organized the Norristown centennial celebration. The only picture I could find of Heysham is from that event. I presume he didn’t dress like that all the time. 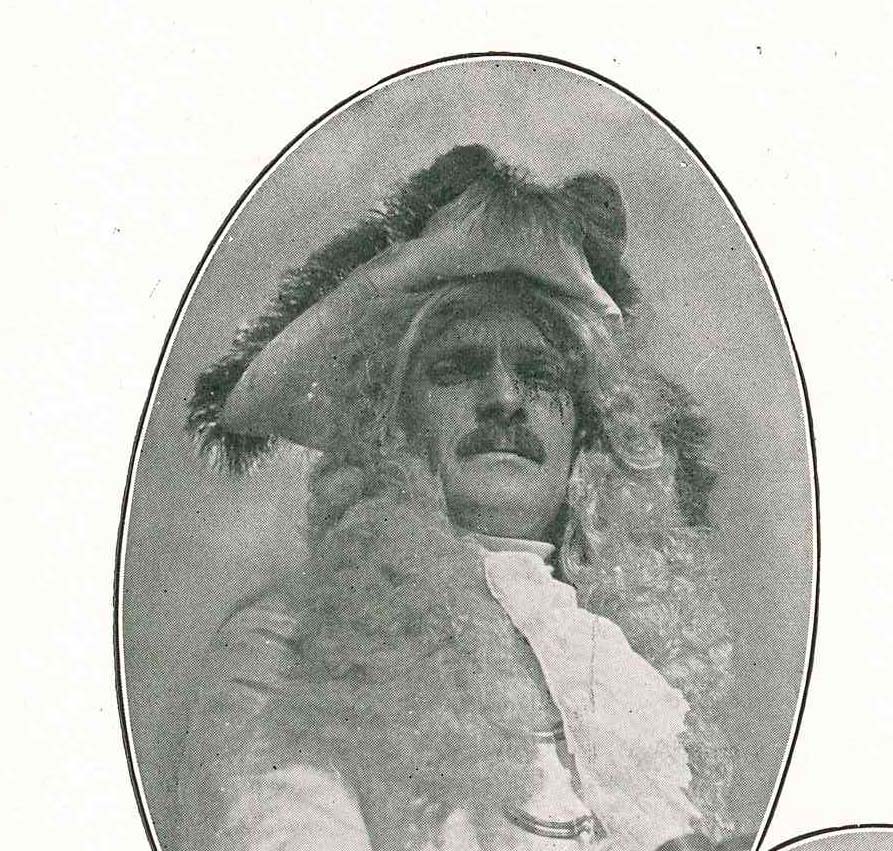 In 1914, he accepted a position at the church where he had first heard the call to preach the Gospel, Lower Providence Baptist Church. He remained there until he retired from active ministry in 1923. He continued writing, however, promoting the unity of all Christians. 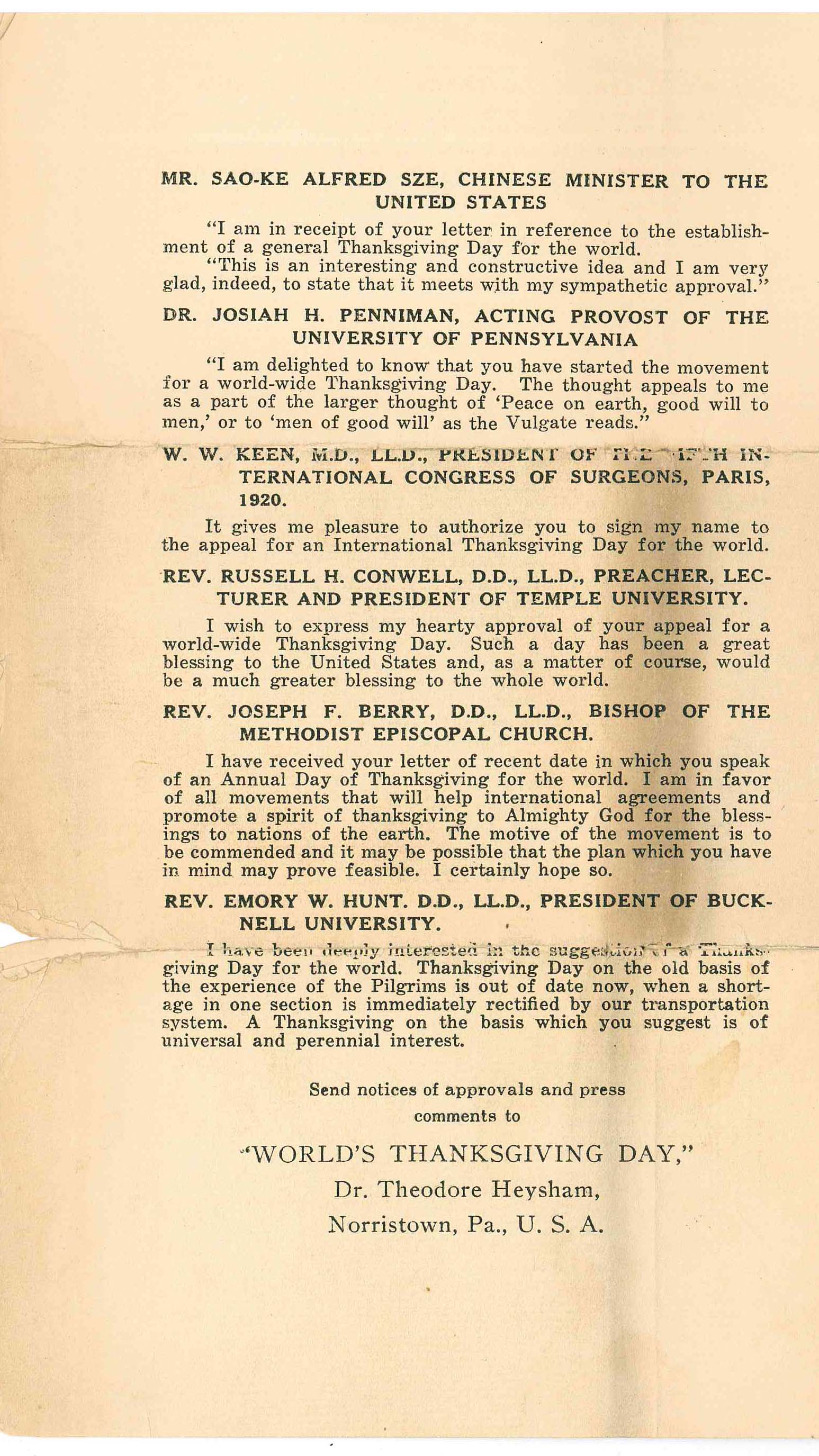 I imagine that’s when he began his movement for a world-wide day of thanksgiving. The pamphlet on my desk lists many ministers and political leaders, included Governor Sproul of Pennsylvania. Heysham passed away from a sudden attack of pneumonia in 1935.

More in this category: « The Washington Greys Artillery Woodmont »
back to top