A century ago in Bridgeport 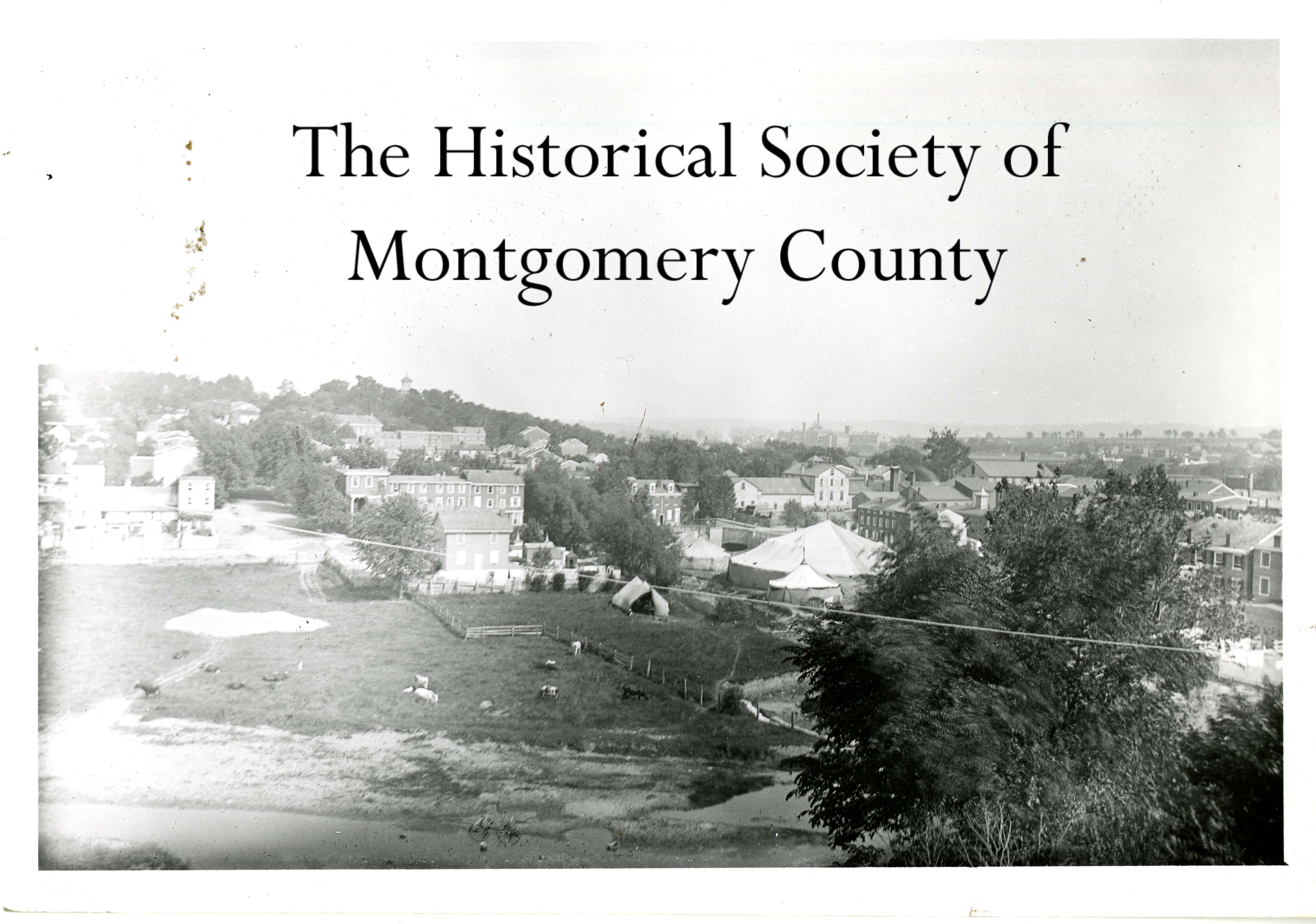 This afternoon as I was continuing on my long term project of scanning the Historical Society's photograph collection, I came across some of photographs of Brigdeport from around the turn of the 20th Century.  Although it wasn't incorporated until 1851, the earliest settlers arrived around 1723.

Most of the photographs I found were from the 1890's and early 1900's.  Like this excellent photograph of Bovcot's hotel, which looks like it was conveniently right on the train tracks: 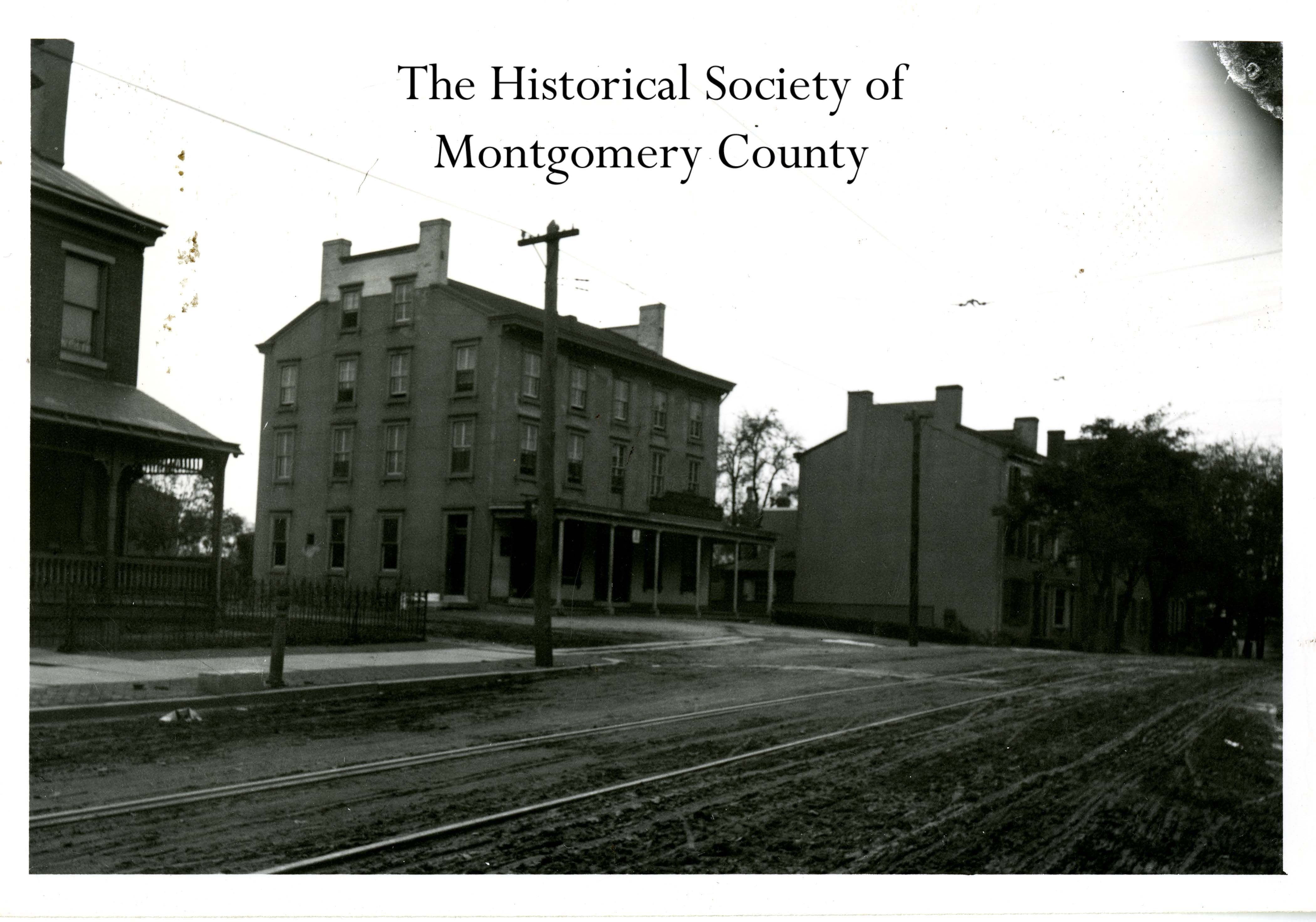 Here is the Union Avenue School, built in 1893.  It served as Bridgeports high school until 1923 when it continued as an elementary school.  It was demolished in 1951. 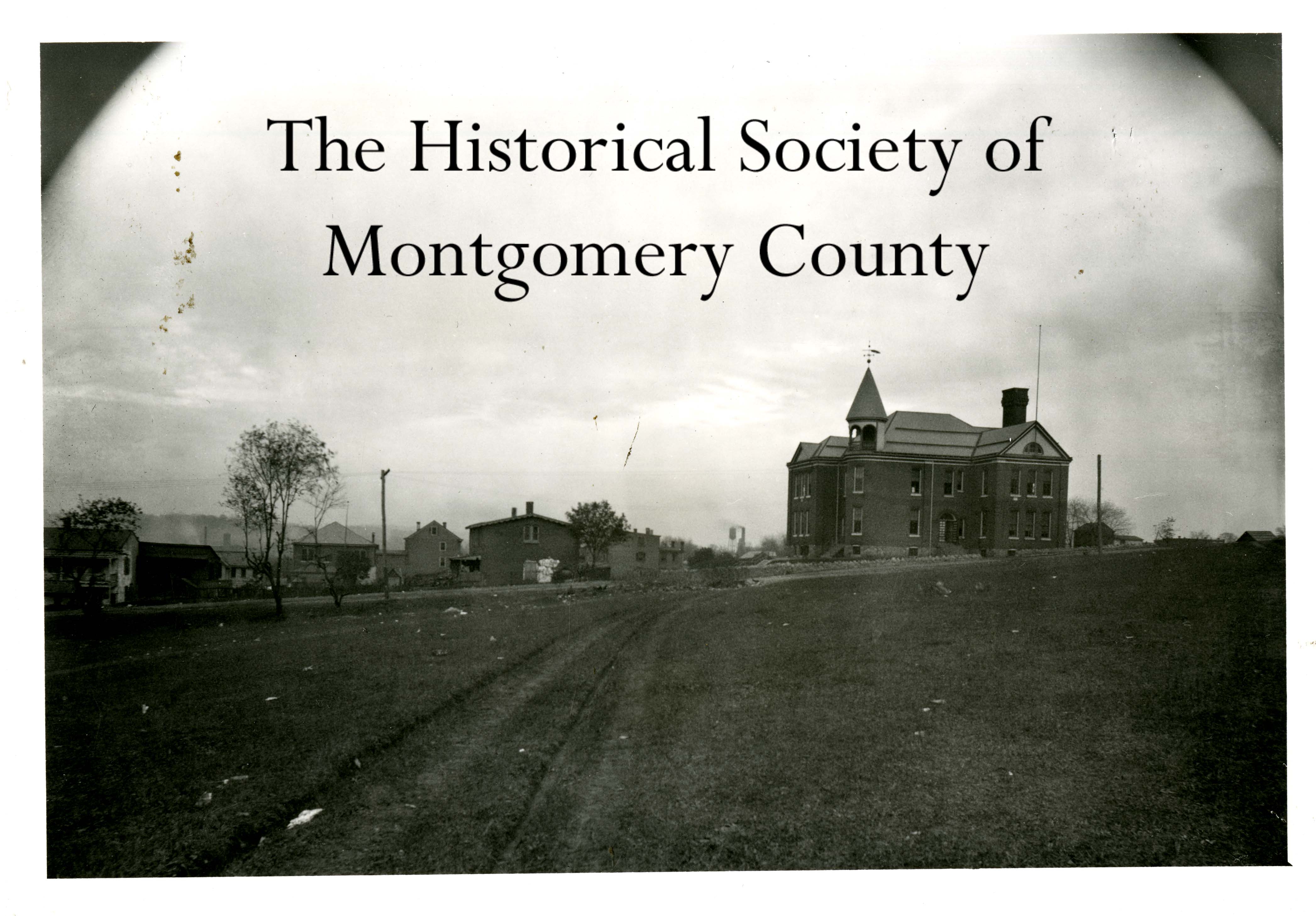 R. J. Patton's Feed and Flour store at Fourth and Depot is listed in Montgomery County: The Second Hunderd Years as having existed from 1900 until 1905. 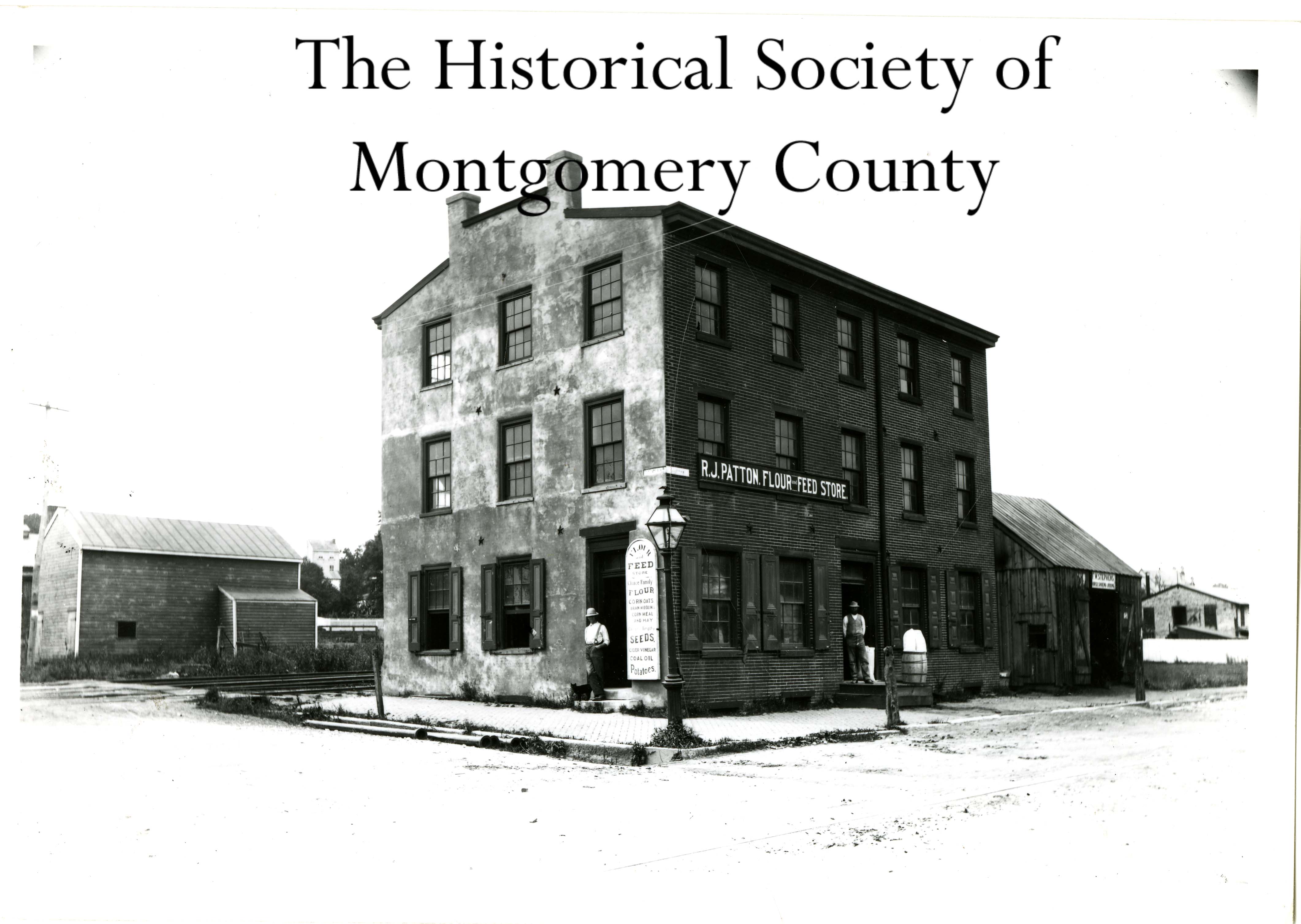 In the late nineteenth, Italians began to settle in Bridgeport.  Marinelli's Grocery was in business from 1905 to 1931.  I love this picture because it shows the proprietor (Marinelli also owned a service station on DeKalb Pike). Notice the Thanksgiving advertisement in the window. 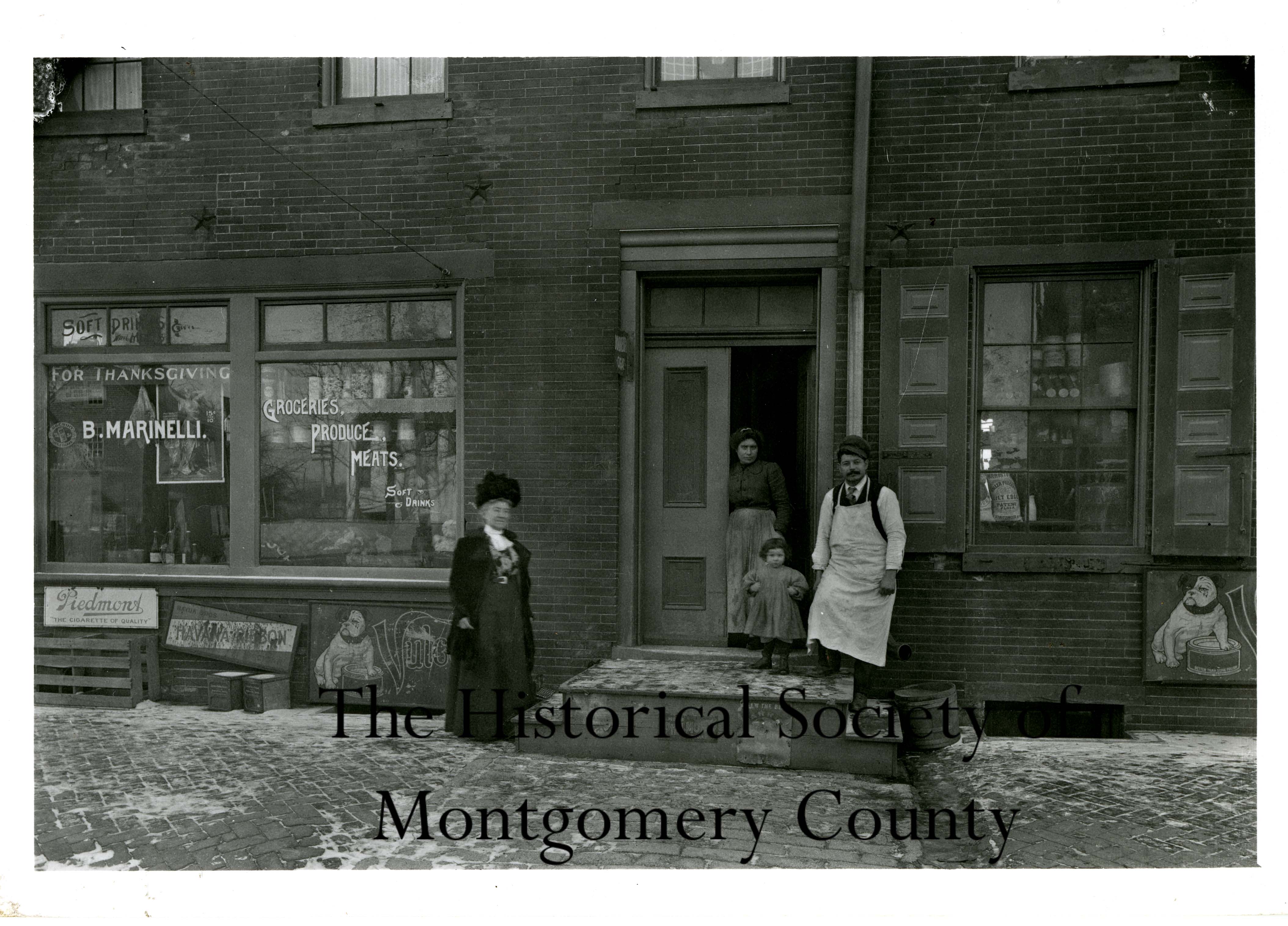 Finally, I wanted to end with this wonderful picture of women hanging out on their stoops.  It gives such a fine sense of community. 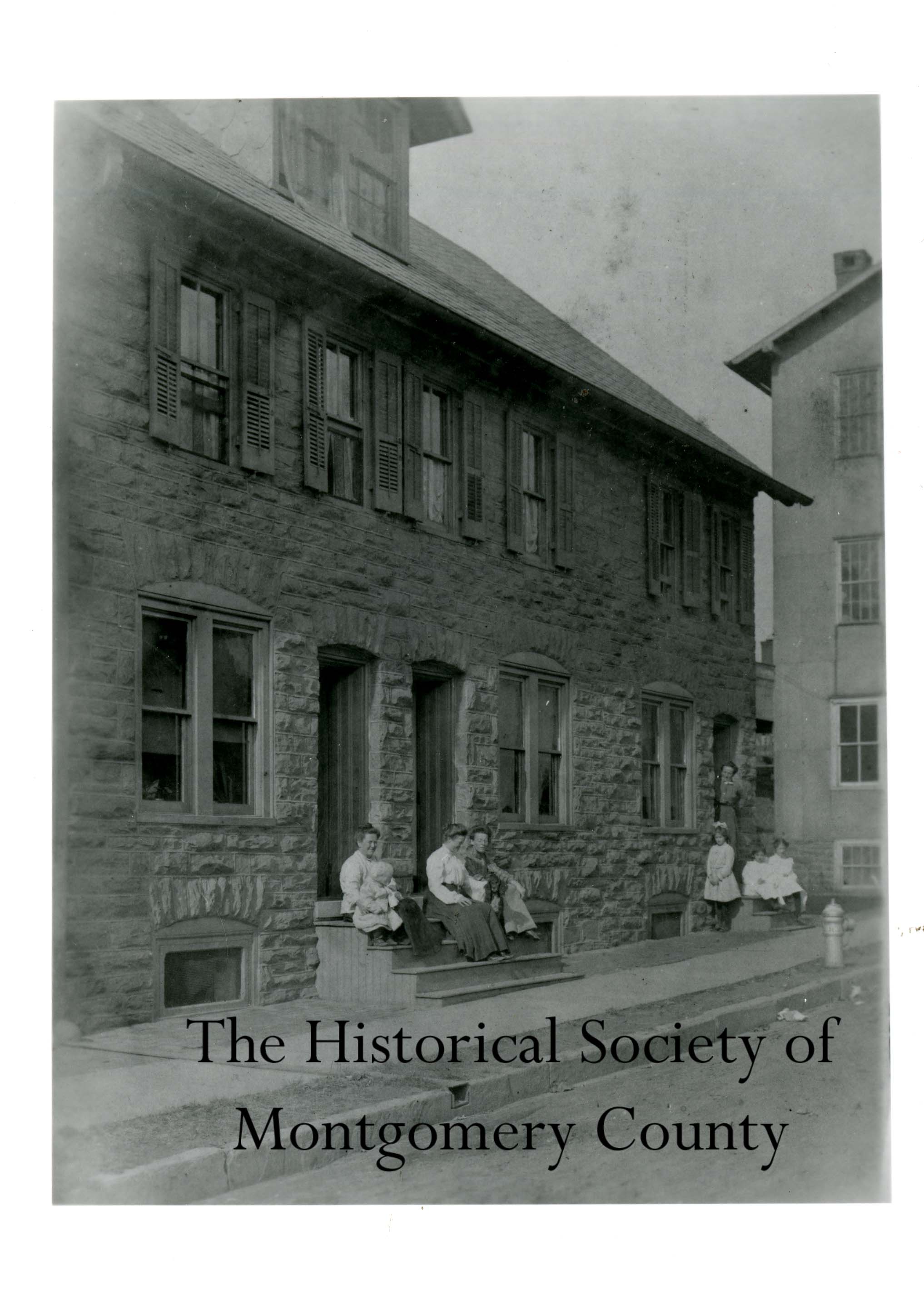 We'll be closed next Thursday for the holiday, so we might not get a new blog article out.  Enjoy the holiday everyone!

More in this category: « Garibaldi's Row Stewart Fund Hall and the Union School »
back to top