While working my way through some old photographs, I found a series of five photographs of a place sometimes called Five Corners in Montgomeryville, the intersection of DeKalb Pike (202), Bethlehem Pike (309) and Cowpath Road. 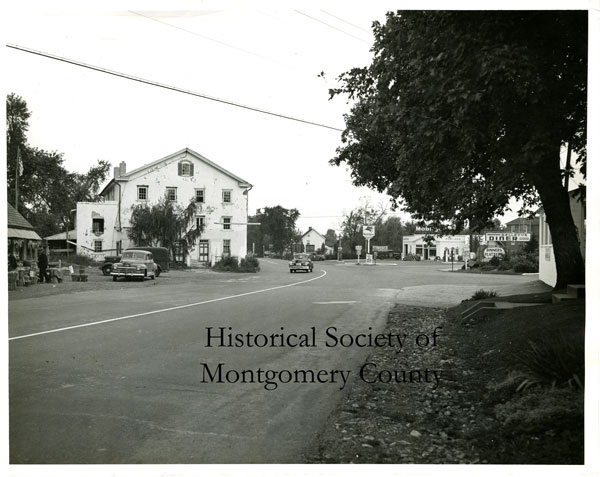 Back in the 19th Century, Bethlehem Pike had many hotels.  The large white building the left was the last of the old inns, known as the Walker Inn. 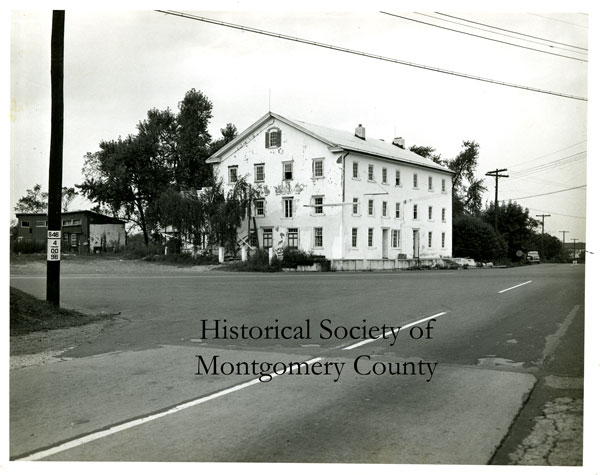 It was known as Walker Inn after its final owners, Thomas Walker and his wife.  I couldn't find out exactly when the building was built.  A hotel appears at the same site in an 1893 property atlas published  by J. L. Smith. 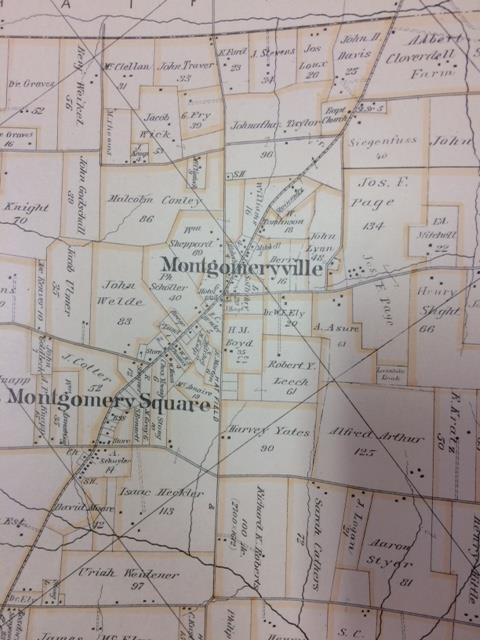 These pictures were taken in 1949, just before the building was demolished for, you guessed, it, a gas station. 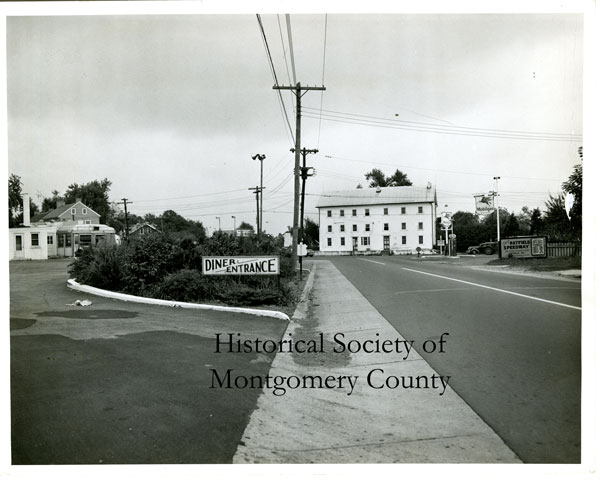 Read 2111 times
Tweet
Published in Found in Collection
Tagged under

More in this category: « The Delaware and Schuylkill Canal Navigation Why Do We Decorate Eggs? »
back to top