In the nineteenth century the Montgomery county towns along the Schuylkill were busy industrial centers.  These mills provided good jobs for many, but they also meant that Montgomery County had its share of industrial accidents.

On February 3, 1873, at about a quarter past four in the afternoon, a boiler at the John Wood & Bros. foundry and rolling mill exploded, killing a total of fourteen people, including 2 boys who were working at the Albion Printworks, across the canal 150 feet away from the boiler’s original position.

An engineer named W. Barnet Le Van wrote up an explanation of the event for the Journal of the Franklin Institute in 1873.  He explains that the boys were working in the kier (a vat in which cloth is bleached).  The friction of the 5,500 pound boiler hitting the kier caused the cloth inside to ignite. 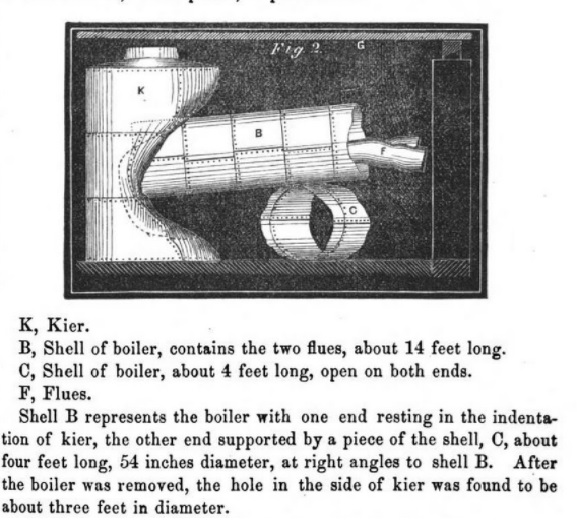 The county convened a jury to investigate the accident and determined that the explosion was caused by the age of the boiler (it had been in operation for 20 years).  Le Van argued that the flues were too small for the amount of pressure the boiler was running, 85 pounds per inch.  He also argues that in inexpensive hydraulic test would prevent future accidents.

Records of the incident were donated to the Historical Society of Montgomery County by William A. Cooper in 1950.  These records include medical bills for the injured and funeral bills for the dead. 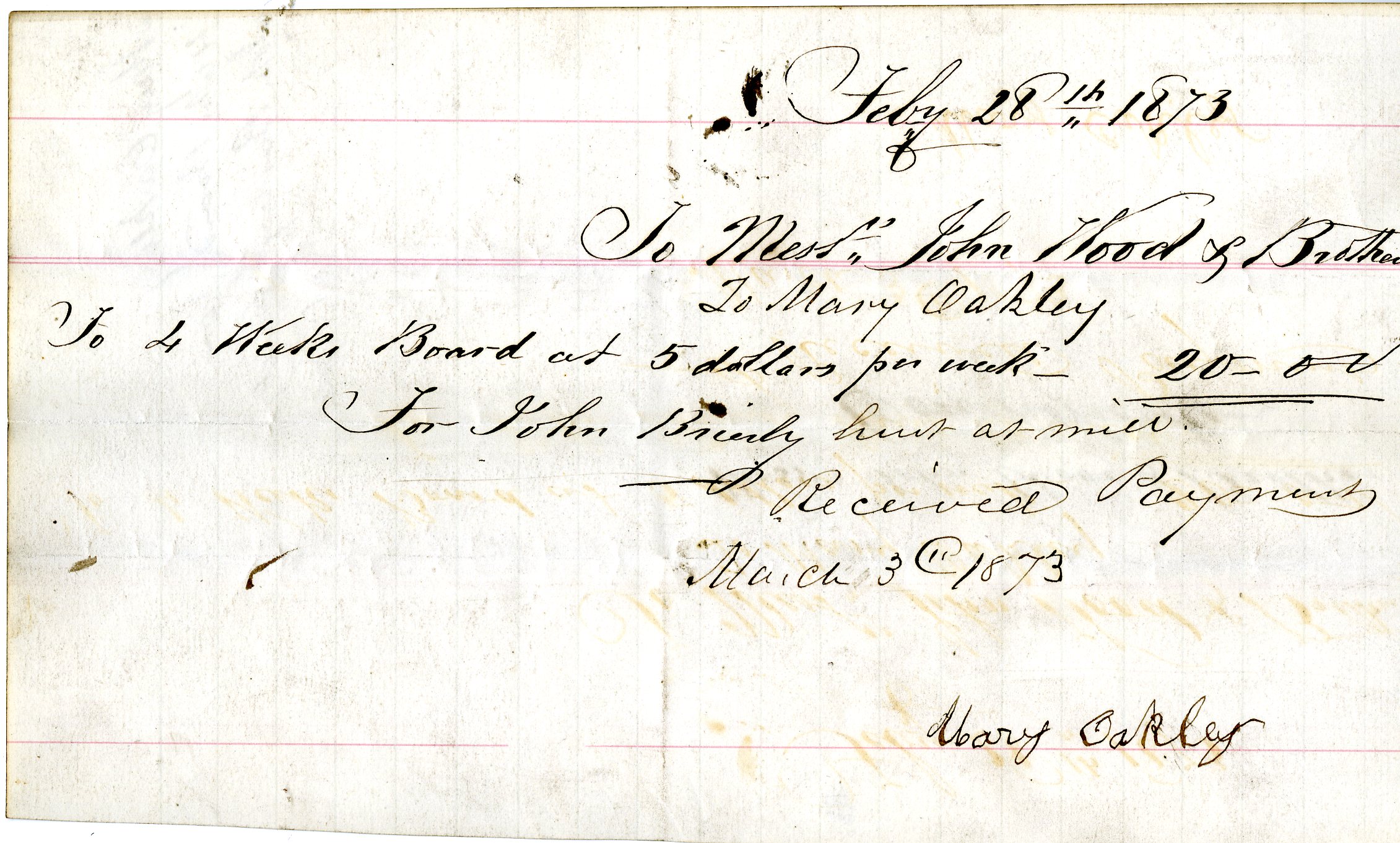 Bill for room and board for one of the injured men.

Doctor's bill from the accident. 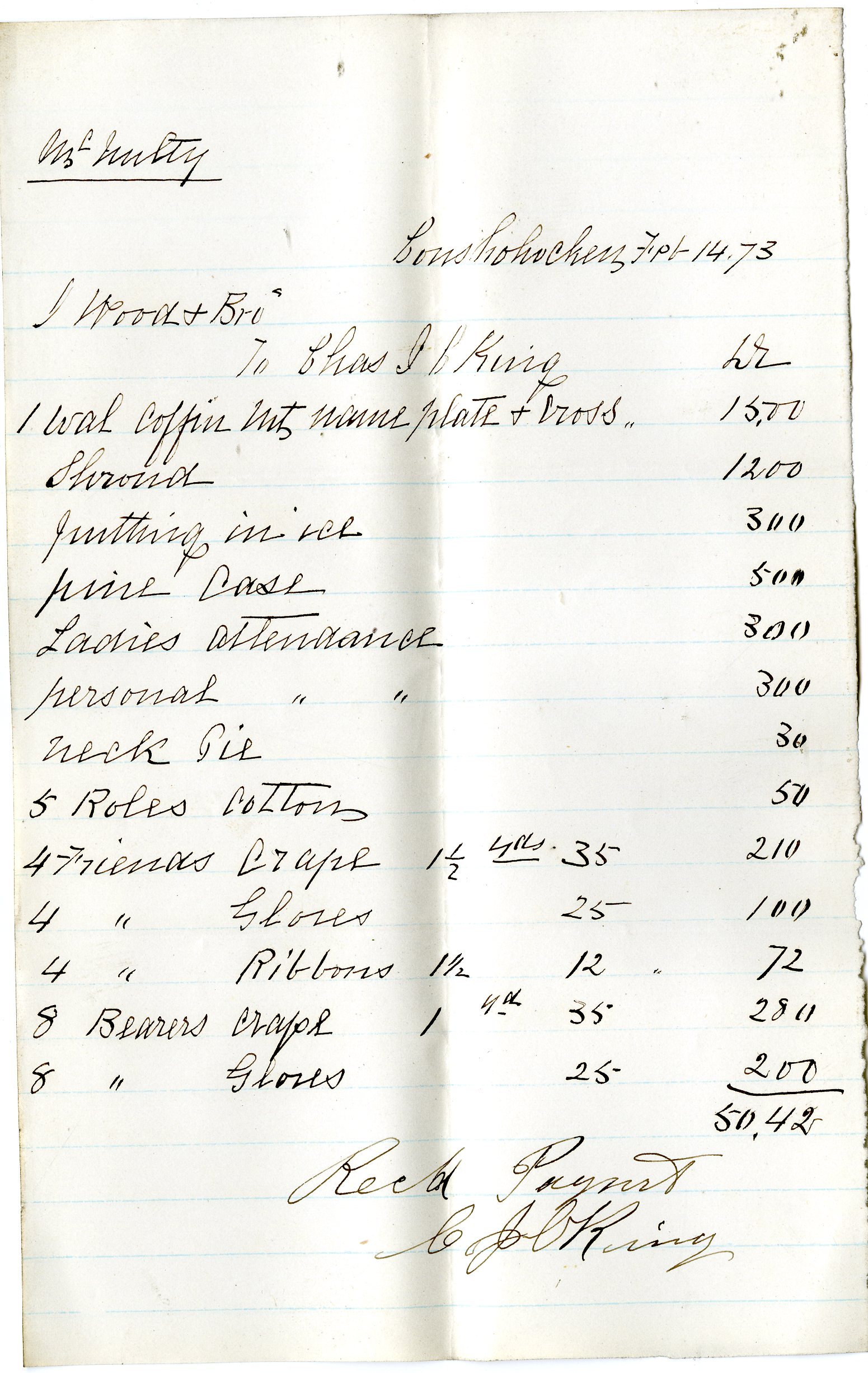 Funeral bill labeled "McNulty," presumably for James McNulty, one of the boys killed.

Long time residents of the county will of course remember another explostion in the area, the 1971 gas explosion that happened in West Conshohocken on the night of January 27.  That explosion happened on a residential street, and 15 homes were destroyed by the explosion and the resulting fire.  Four people died in the tragedy.  Volunteer fire fighter Joseph W. Powers was struck by debris.  He was only 19 years old when he died.

Two children, Michelle Pruitt (7) and Michael Pruitt (14) were originally declared missing.  Police searched block by block with a public address system, but by the next day both their bodies had been recovered.  Their grandfather, Calbert Rupp died as a result of the wounds he received in the fire.

We don't have any primary sources for the 1971 explosion; it's probably too recent history for people to think of donating it to us.  Do you remember that night?

Read 2637 times
Tweet
Published in Found in Collection
Tagged under

More in this category: « Science or Fiction? The Bubbling Springs of Spring Mill »
back to top