The Bubbling Springs of Spring Mill 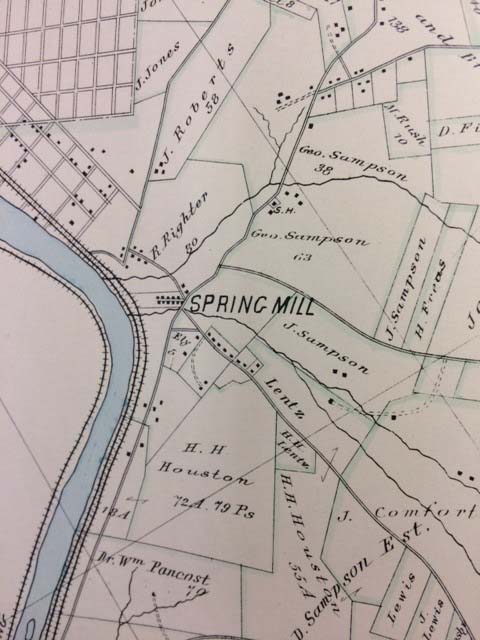 There is one corner of Whitemarsh Township known as Spring Mill.  Until perhaps the middle of the nineteenth century it was the populous village in Whitemarsh and the township’s industrial center.  Situated along the Schuylkill, the village was once home to numerous mills and furnaces.  Much of its early success can be traced back to the spring that gave the village its name.

The earliest mill in the area was built right next to the bubbling springs around 1690.  James K. Helms reported in his “Historical Notes” article of July 4, 1927, that George Washington bought flour and corn from this mill.  At the end of the nineteenth century, the first water main was built over the springs, by Charles Hamilton to supply his paper company and some private homes with water. 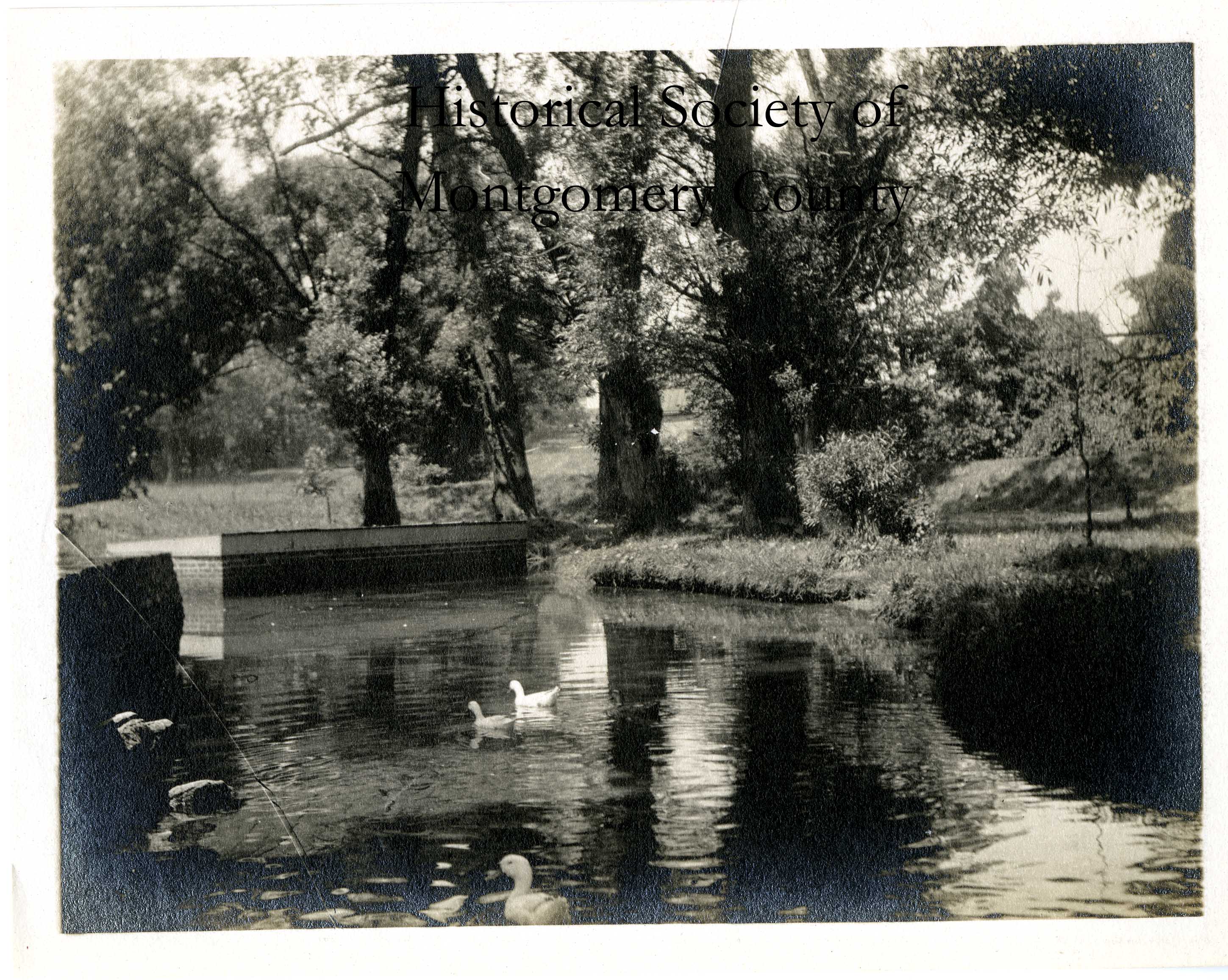 The springs bubble up from underground streams in two spots in the shallow lagoon they form.  Helms writes, “Both of these bubble up in a curious manner, spreading a number of continually forming and dissolving rings over the surface.”  Helms estimated that they released 4.5 million gallons a day with enough force to throw up small stones and bits of flint. 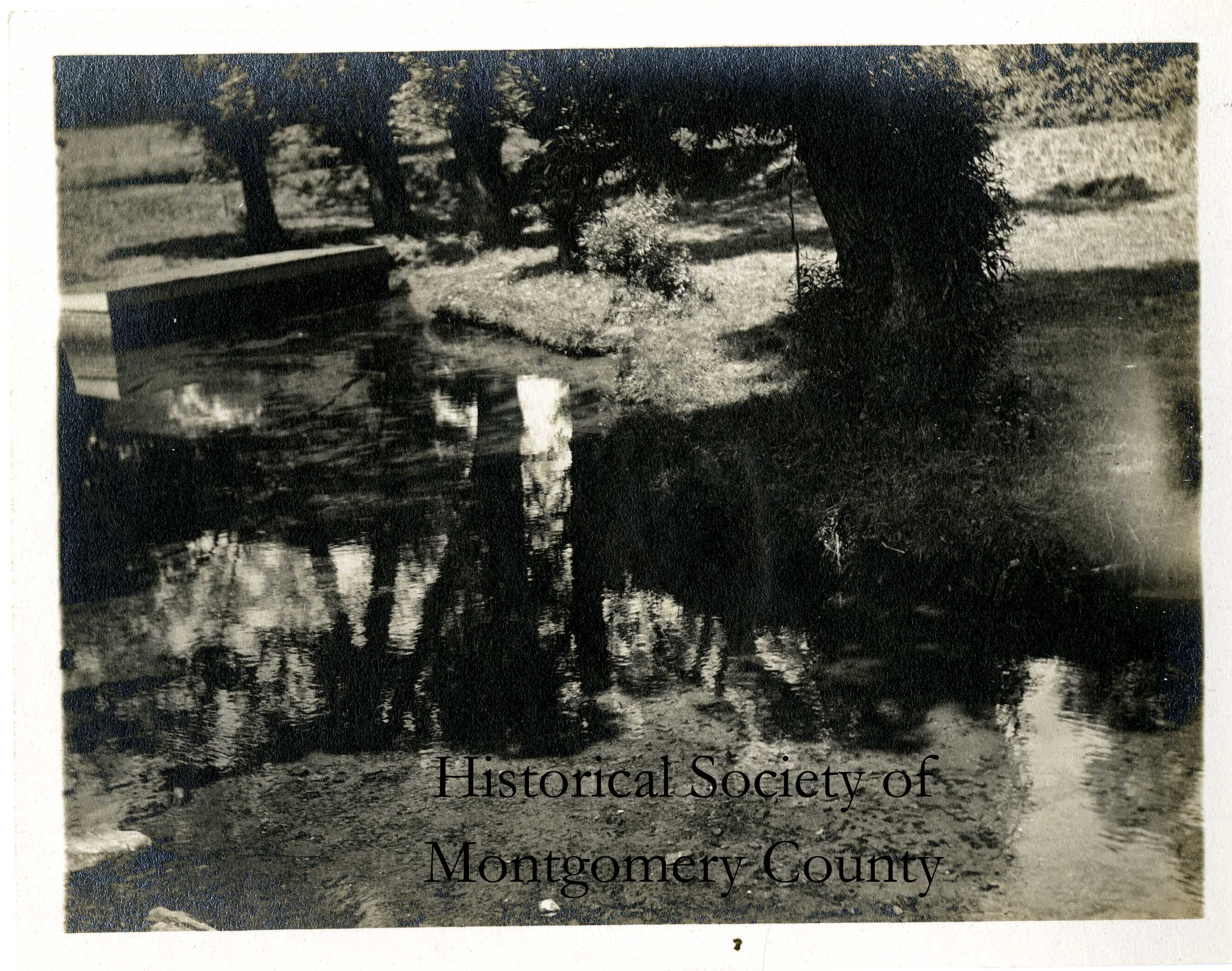 The underground waterways appear in some of the stories of Charles Heber Clark, resident of nearly Conshochocken.  In one story locals repeatedly try to bury a coffin that falls into the subterranean streams and washes in the river every time.

The old mill was still operating in 1927 when James K. Helms wrote his article about it.  He mentions several times how old it looked.  It finally burned down in 1967 and the stone foundation as demolished soon after.  The miller’s house still stands, however, and it is on the National Register of Historic Places.  The springs are still there, too, according to Philip and Sharon Welsh's book Conshohocken in Vintage Postcards.  Located off of Barren Hill Road, the springs are overgrown and no longer visible from the road.

Read 2282 times
Tweet
Published in Found in Collection
Tagged under

More in this category: « Two explosions in Conshohocken The Village of Three Tuns »
back to top