Pretty Woman Charges Husband Betrayed Her in Getting Divorce

This story comes to you from our “Other than that Mrs. Lincoln…” file.  Working through some papers belonging to the Rhoads family, I came across a newspaper article from the Atlanta Constitution dated Saturday, November 18, 1922.

The woman pictured below is Mrs. Varnetta Regar.  The article describes her as a “former Augusta society girl.”  On Christmas Eve, 1917, she eloped with Gordon R. Regar, son of Howard K. Regar, owner of the Rambo and Regar Knitting Mills.  She was a freshman in high school in Augusta when their romance began (the 1920 census lists her year of birth as 1901).   After a brief honeymoon, they held a “wild” farewell party when Gordon, a second lieutenant in the PA National Guard, sailed for France. 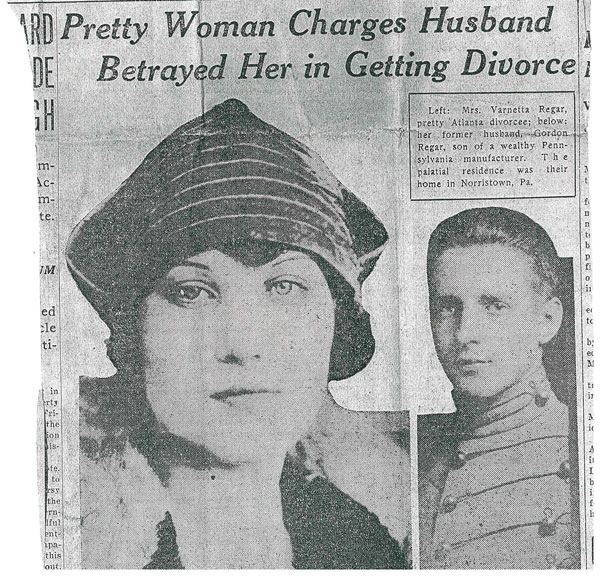 After the war, the two lived at the Regar home in Norristown with Gordon’s parents at 1420 DeKalb Street (just down the road from our headquarters).  Varnetta described a raucous life, telling the newspaper that her husband taught her to smoke and drink.  The couple fought often, but would make up.  Then at a party in Philadelphia, the couple’s argument became physical.  Varnetta described the party as “terribly wild…no one thought of drinking anything less potent than whisky and soda or gin fizzes.”  Gordon attempted to drive home inebriated, but got lost.  The two got into a fist fight, each coming away with a black eye. 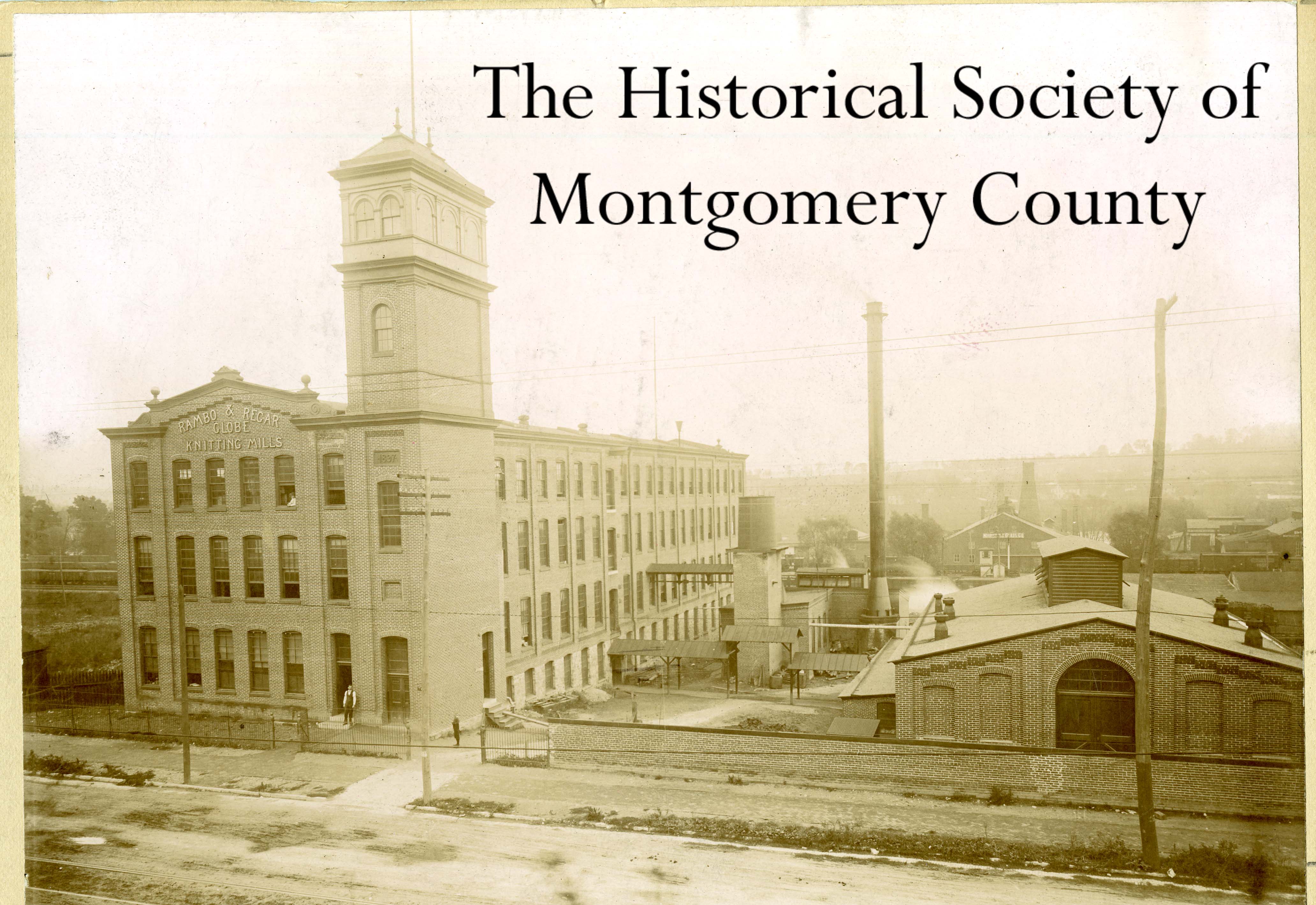 The Globe Knitting Mill in Norristown, owned by the Ragar family

At that point, Varnetta returned south, having been assured by Gordon that he would handle the divorce.  Boy, did he!  He accused Varnetta throwing a knife at him, which she doesn’t deny in the article, but explains that she did when she saw Gordon kiss another girl.  So, Varnetta intended to get her divorce annulled and then file for divorce again, citing Gordon’s infidelity as the cause.

I wasn’t able to find out if she ever did get the second divorce, but I do know the couple never reunited, which is probably a good thing.  Gordon later married a woman named Helene Collins and moved to southern California.  He passed away in 1976.  Since the article doesn’t list Varnetta’s maiden name, I wasn’t able to find out what happened her after the divorce.

While this story and its pictures took up much of the front page, a smaller item notes that the Fascists, led by Mussolini, had just taken control of the Italian government.

Mussolini, below the fold

Read 1923 times
Tweet
Published in Found in Collection
Tagged under

More in this category: « Painting the Markley Family A Notable Squabble »
back to top