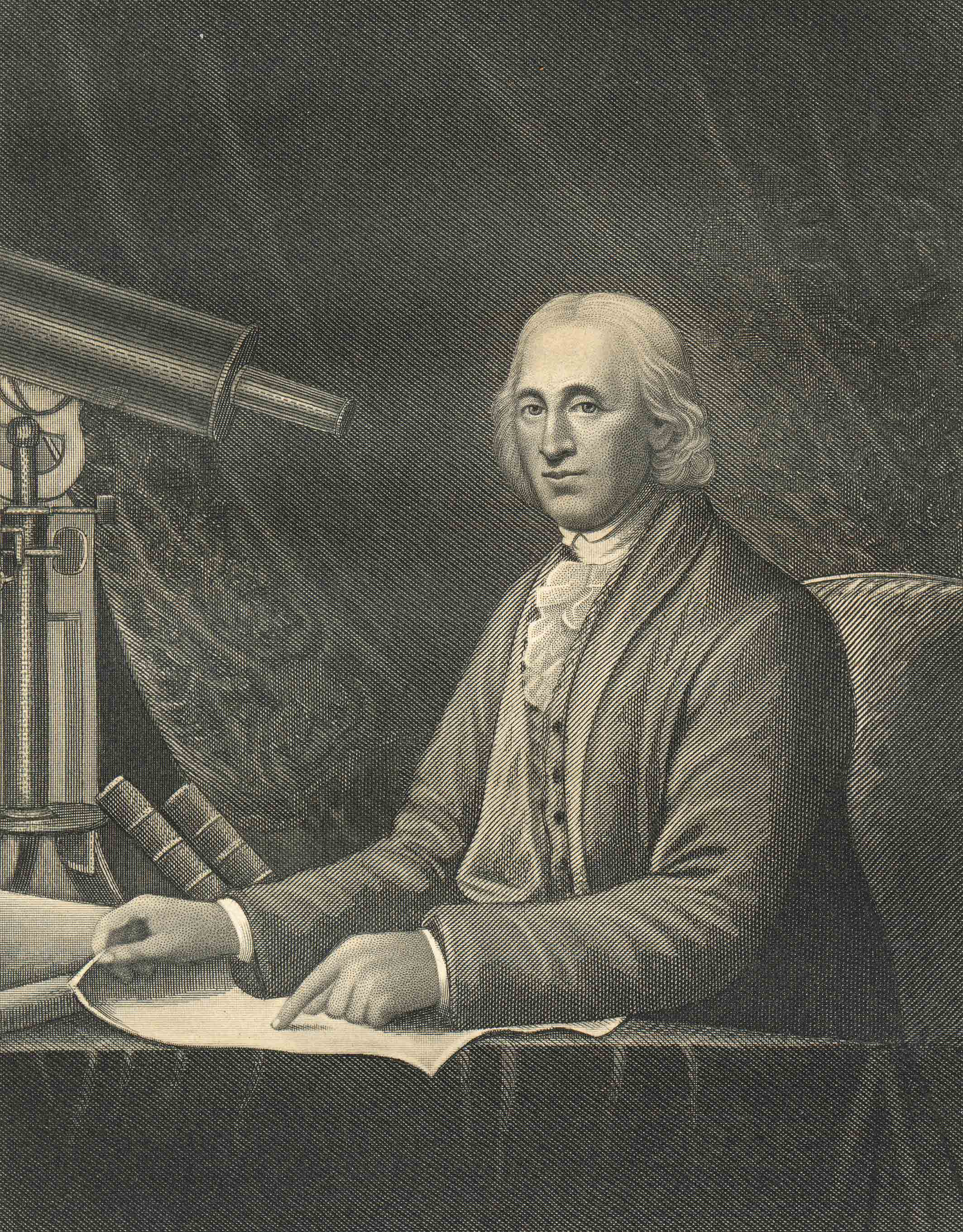 Over the last few years, we’ve written several pieces on David Rittenhouse, the colonial American polymath and first director of the US Mint. If you missed them, here’s an article on Rittenhouse’s surveyor’s level, and here’s one on his life and whether or not he was evil (anybody else happy Timeless is back on NBC?)

Well, last week I came across about three dozen photographs of the Rittenhouse farm. The farm was located in what is now East Norriton. These photographs date to 1922 when Herbert T. Ballad, founder and owner of the Ballard Knitting Company in Norristown renovated the farmhouse. 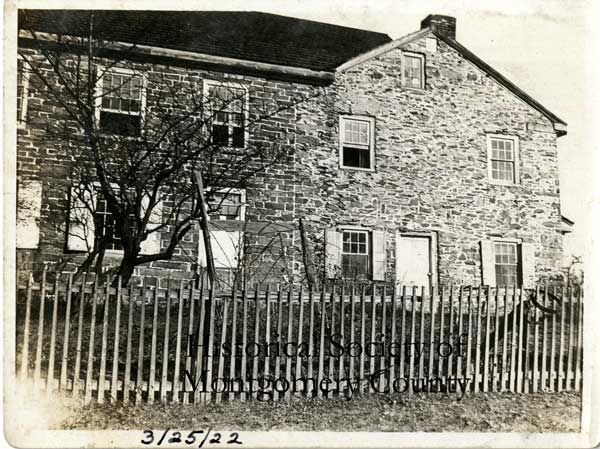 The front of the farmhouse before the renovations

The work on the farmhouse was extensive.  Ballard added a new wing, redirected the driveway and a small stream.  The original barn was demolished and the stones were reused in the renovations of the house. 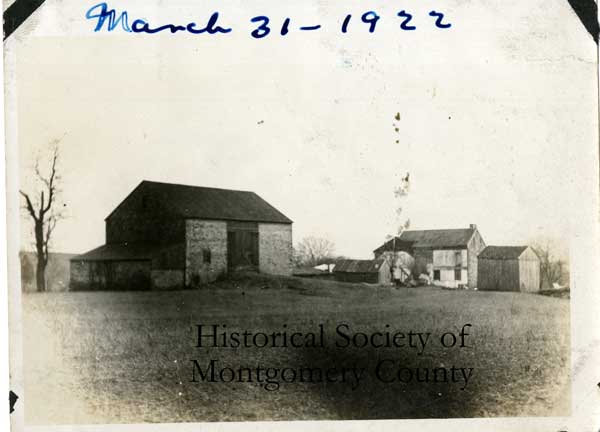 The barn before it was demolished 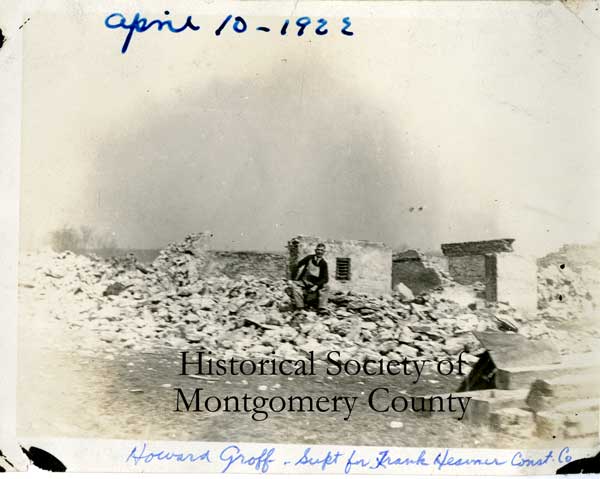 The barn after demolition

Here workers dig a trench to drain the cellar and for phone and electrical lines. 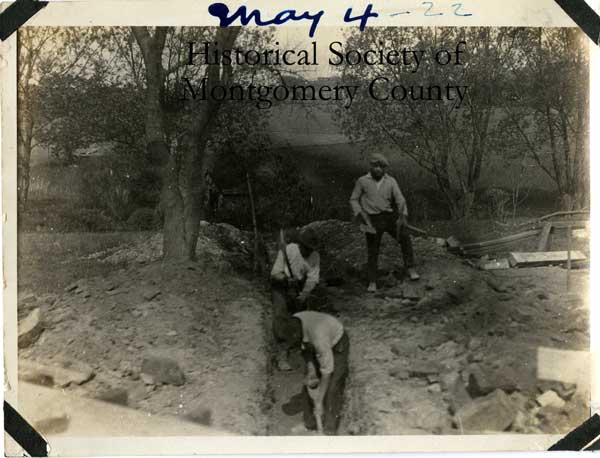 A note on the back of this photo says that the springhouse was used until 1928, when a well was drilled. This was promtped by H. T. Ballard's hospitalization with a fever. His son, H. T. Ballard, Jr., suspected typhoid fever and had the water tested. The results came back that it was not fit for human consumption. 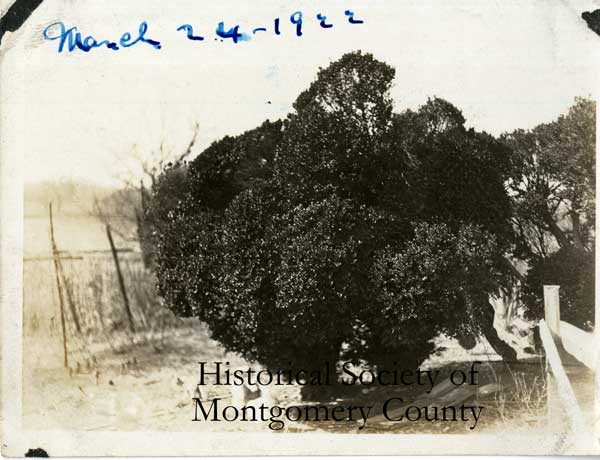 This photo shows a boxwood bush that was supposedly one of four such bushes given to Rittenhouse by Marie Antoinette. The queen was an amateur astronomer and admirer of Rittenhouse. She gave the bushes to Benjamin Franklin during his time in Paris to deliver to Rittenhouse.

The house was originally built in 1749 by Matthias and Elizabeth Rittenhouse, David’s parents. Ballard purchased the property in December, 1921, from Herman D. Weidenbaugh who had owned the farm since 1904. 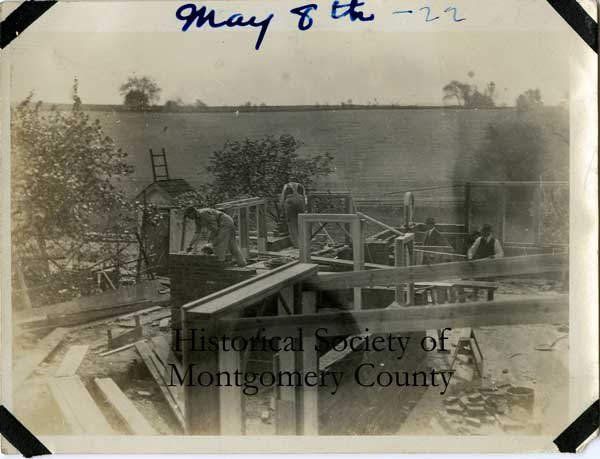 I love this picture because it gives an idea of what the surrounding area looked like at the time.  The whole project went from April to September 1922.  H. T. Ballard moved to Florida upon his retirement in 1935, but his son continued to live in the house with his family until 1944. The building is now part of the Valley Forge Medical Center.

More in this category: « Swivel Chairs Montgomery County Airfields »
back to top