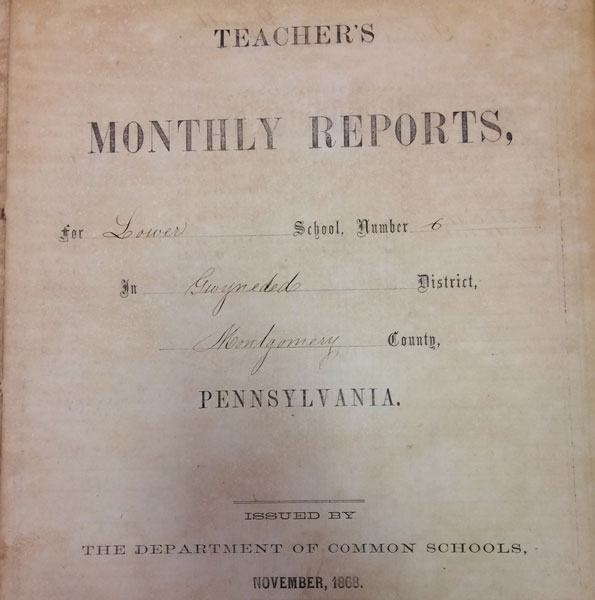 Among the many school records housed in our lower stacks, are many large ledgers called “Teacher’s Monthly Reports.” Issued by the Pennsylvania Department of Common Schools, the books were used by teachers to record attendance, textbooks used, and other events that might have happened at the school. 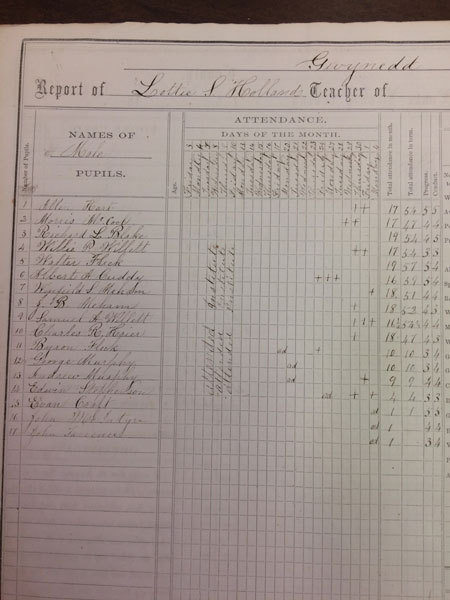 Several teachers often appear in the same book suggesting that teaching was a temporary position, held for a few years only. Whatever the teacher, he or she filled out the two page spread for each month. Boys are one side and girls on the other, but otherwise the method of taking attendance is not unlike the way my teachers marked attendance. 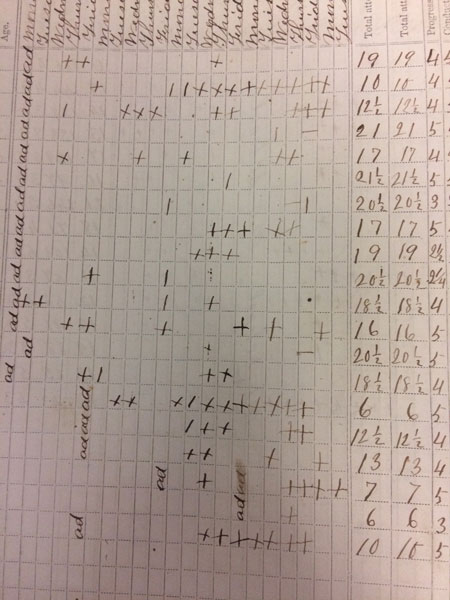 The absence rate seems high for some students. It’s possible that some were working on family farms or in family businesses, though in an age before mandatory vaccinations and antibiotics, its possible many students were experiencing what were common childhood diseases. School at this time let out for lunch, and the teachers recorded if the children missed the morning (a horizontal line) or didn’t return after lunch (a vertical line). 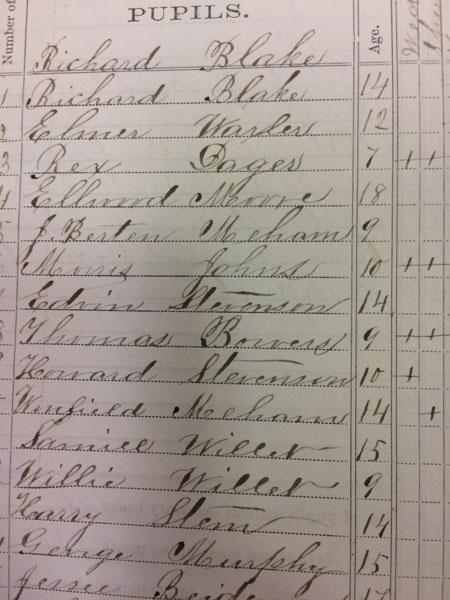 The second teacher to use this book from Gwynedd Lower School, James Creighton, recorded the students’ ages, giving us a snapshot of a one room school house with students as young as 7 and as old as 18.

This book is from a series of Teacher’s Monthly Reports books from Gwynedd Township (Gwynedd was split into Upper and Lower in 1891). The books were originally printed in 1868. The one we’ve looked at here began use in 1871 and is filled throughout, ending in 1876. We have books from other school districts as well. 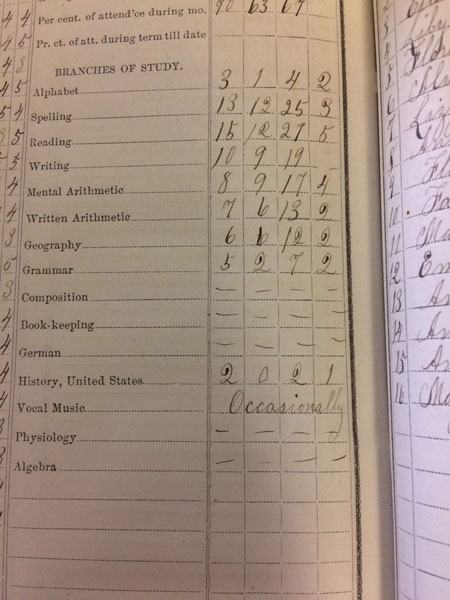 The inside of the front cover is printed with instructions on what symbols to use and how to calculate the average attendance. It also suggests that teachers keep their attendance on a separate sheet and copy the records in neatly at the end of the month. It notes, “A teacher’s character is in no small degree indicated by the manner in which the monthly report is kept.” 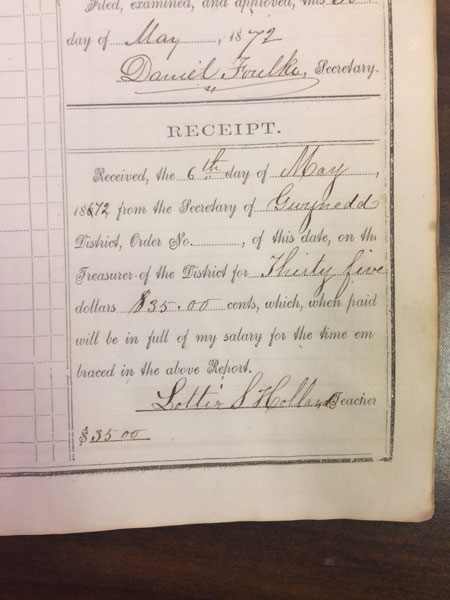 At the end of the month, the book was examined by the secretary of the school district, who signed it and gave the teacher his or her monthly pay. The receipt of the payment was also noted in the report.

More in this category: « A Cool Horse Thief Children's portraits »
back to top