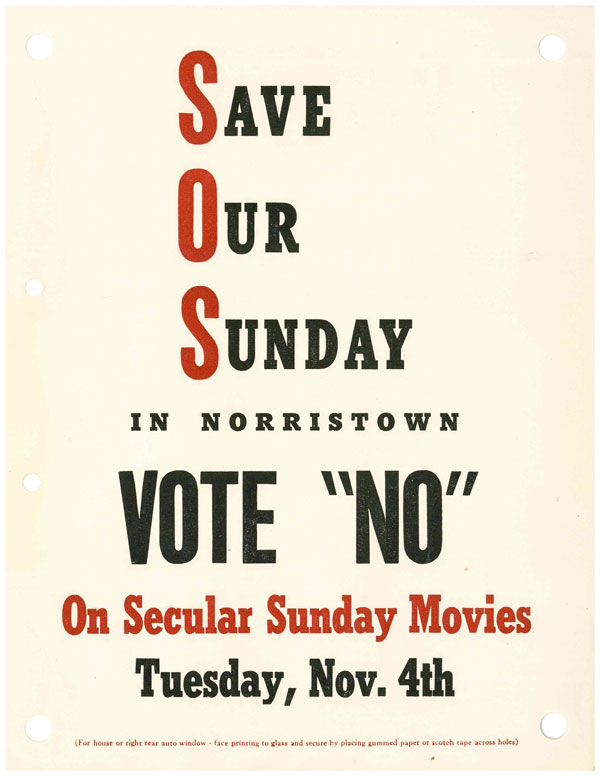 Any plans for the weekend? Maybe you’re thinking of taking in a movie. In early and mid-century Norristown, you had to be sure to see that movie on Saturday because movie theaters were closed on Sundays by law. 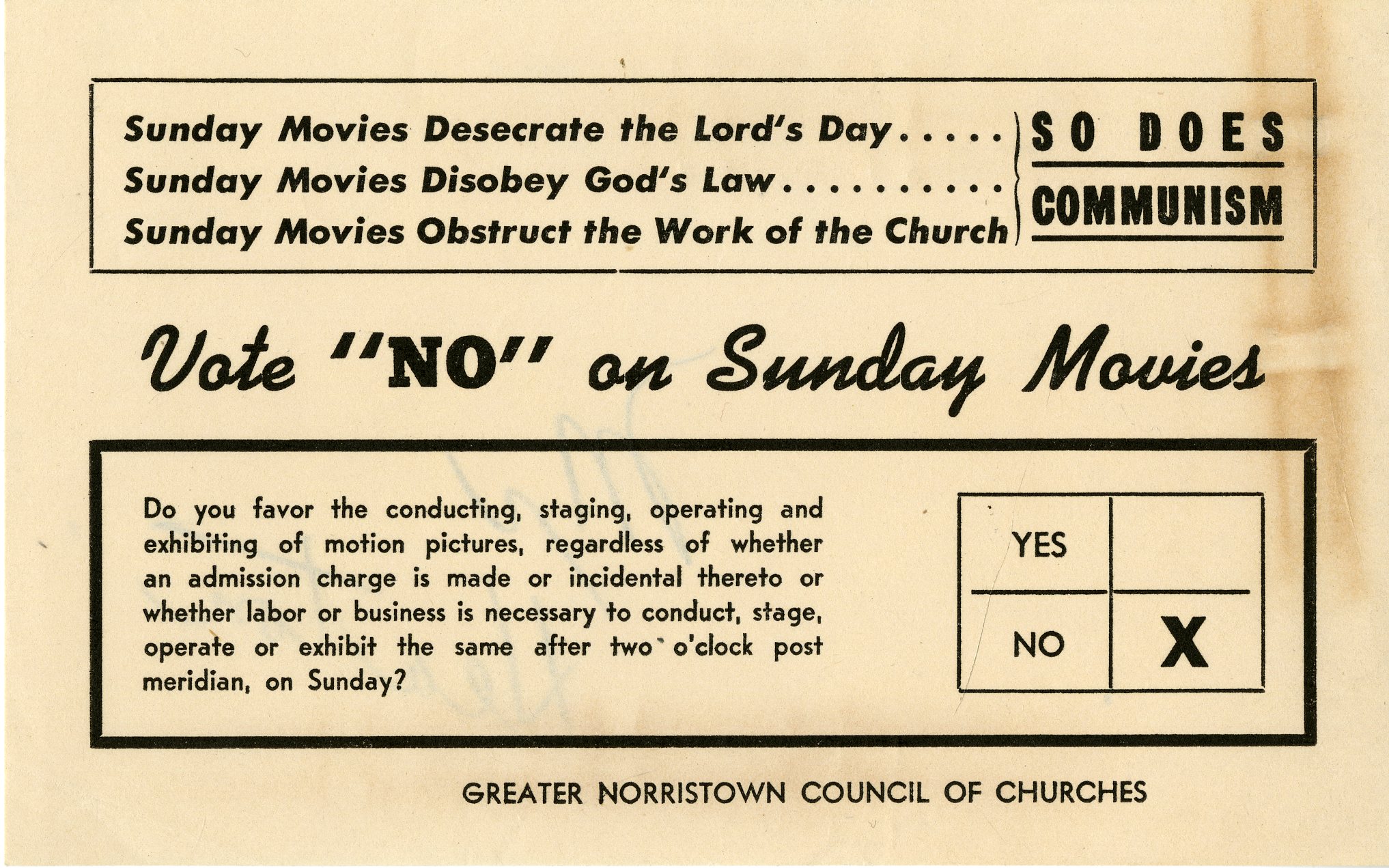 At the time, Sunday “blue” laws were common. Stores and businesses were closed and there was no mail delivery. Although observance of a Sunday Sabbath goes back to the early Christian Church, by the Middle Ages it had fallen out of favor. Protestants revived the idea, particularly the Puritans (although both Martin Luther and John Calvin rejected the need for laws to enforce the Sabbath.) In the United States, several groups promoted laws enforcing a day of rest sprung up in the late nineteenth century. In 1912 they succeeded in closing post offices on Sunday.

In 1947, the borough held a referendum on legalizing Sunday movies, and Ronald Heaton created a scrapbook of the newspaper ads that flew back and forth on each side.

The proposal was for movies to be allowed after 2pm on Sundays. Supporters of the measure argued that the late start time meant that the theaters would not be interfering with church services. 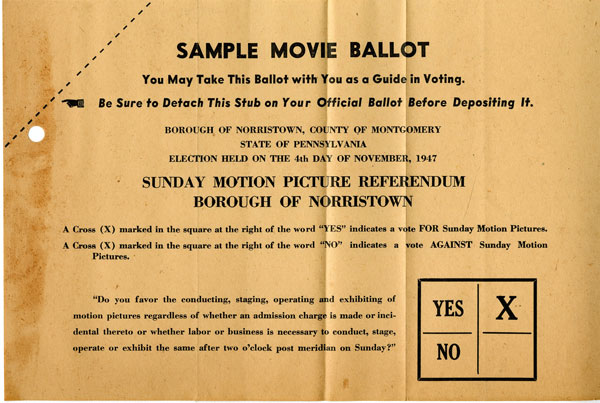 In addition to the competing advertising campaigns, many churches held meetings and sent letters directly to voters. 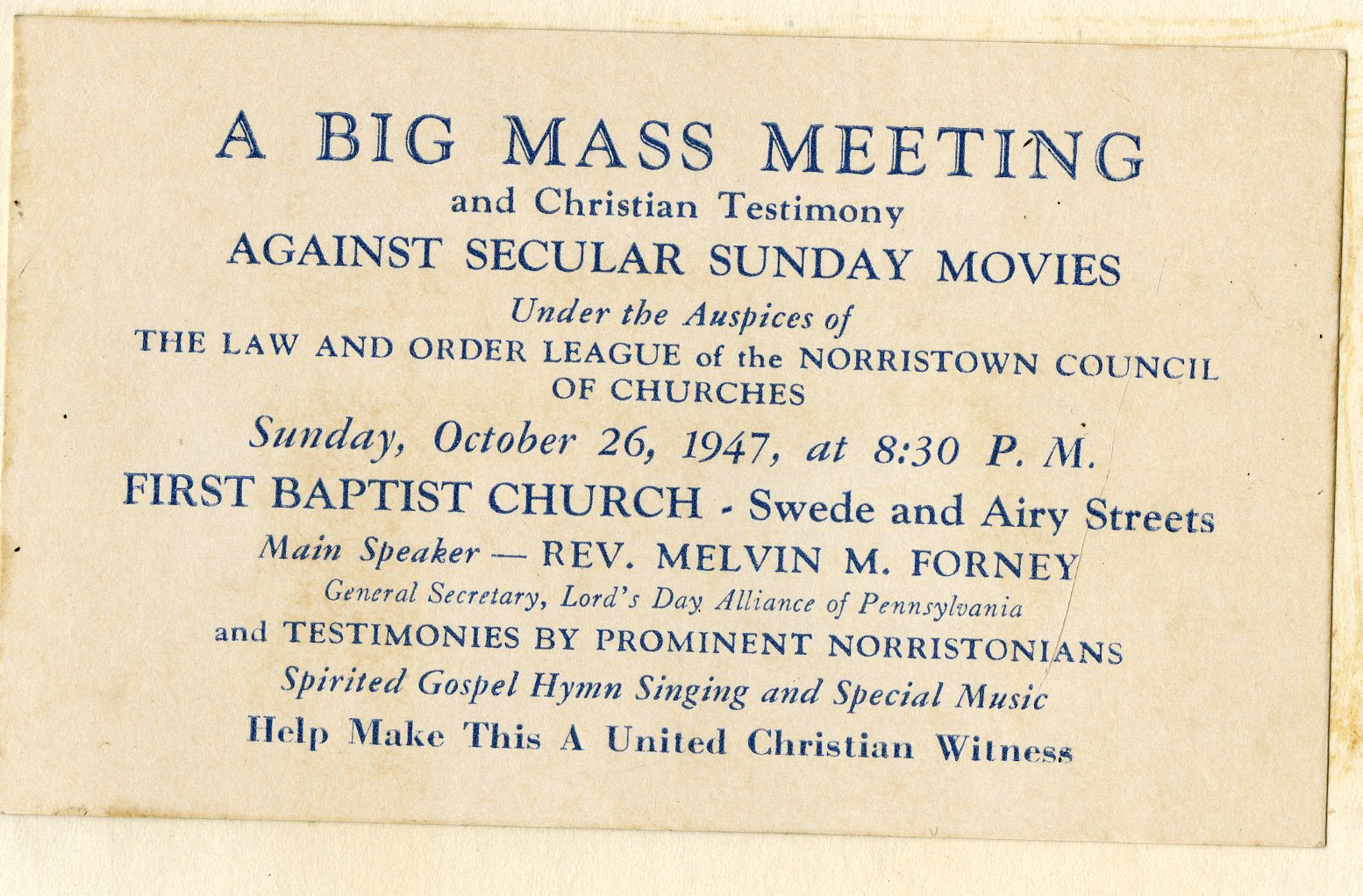 Ultimately, arguments about crime, employment, the local economy meant little to the defenders of the ban on Sunday movies. Their opposition to Sunday movies came down to the Christian observance of the Sabbath and its role in American tradition. This ad argues for the universality of dedicating the Sabbath to God. 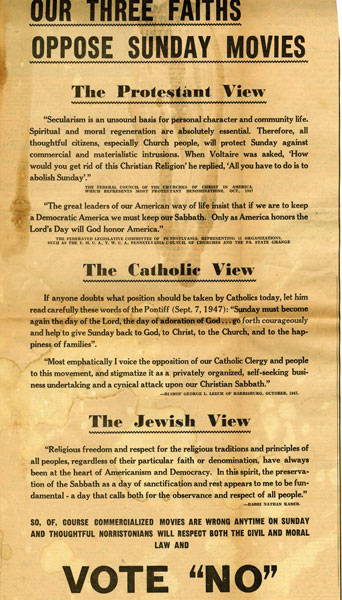 One wonders if the people who wrote the ad knew the Rabbi was talking about Saturday. 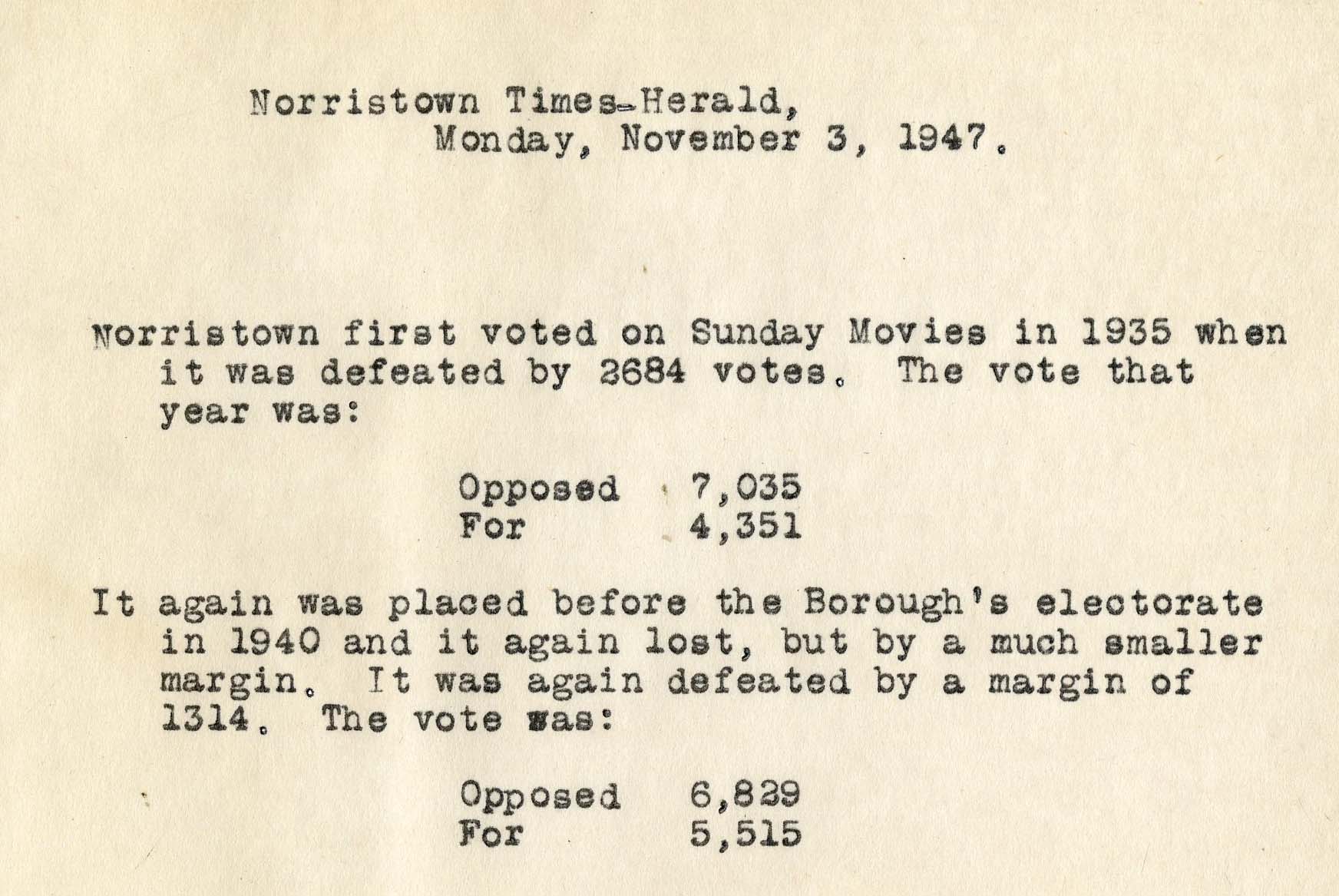 On election day, the proposal to allow movies on Sunday was rejected.

Once it was defeated the issue could not appear on the ballot for four years. In 1951, another referendum was held and Norristown’s four movie theaters were free to open on Sundays.

More in this category: « Tinsel Paintings Treemount and tintypes »
back to top