From the Ambler High School yearbook

We have in our archives a small collection of items from Ada Worthington. All of the papers concern her education, beginning with her third grade report card from Prospectville School in Horsham. It was the 1924-1925 school year. 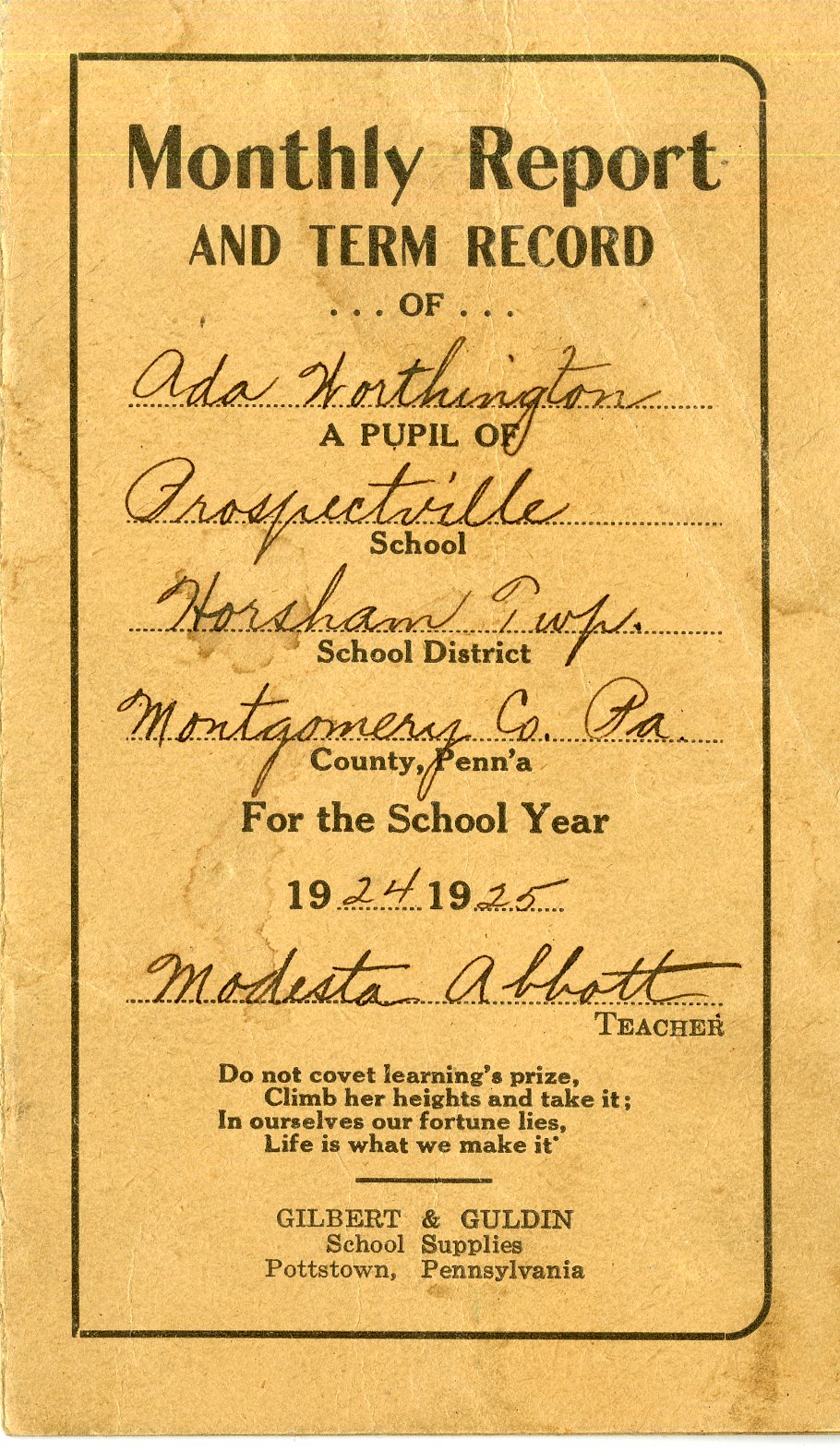 Ada was a good student. Her fourth grade report card is also in the collection. When looking over her grades, keep in mind, this is before grade inflation, so 75 should be the average. 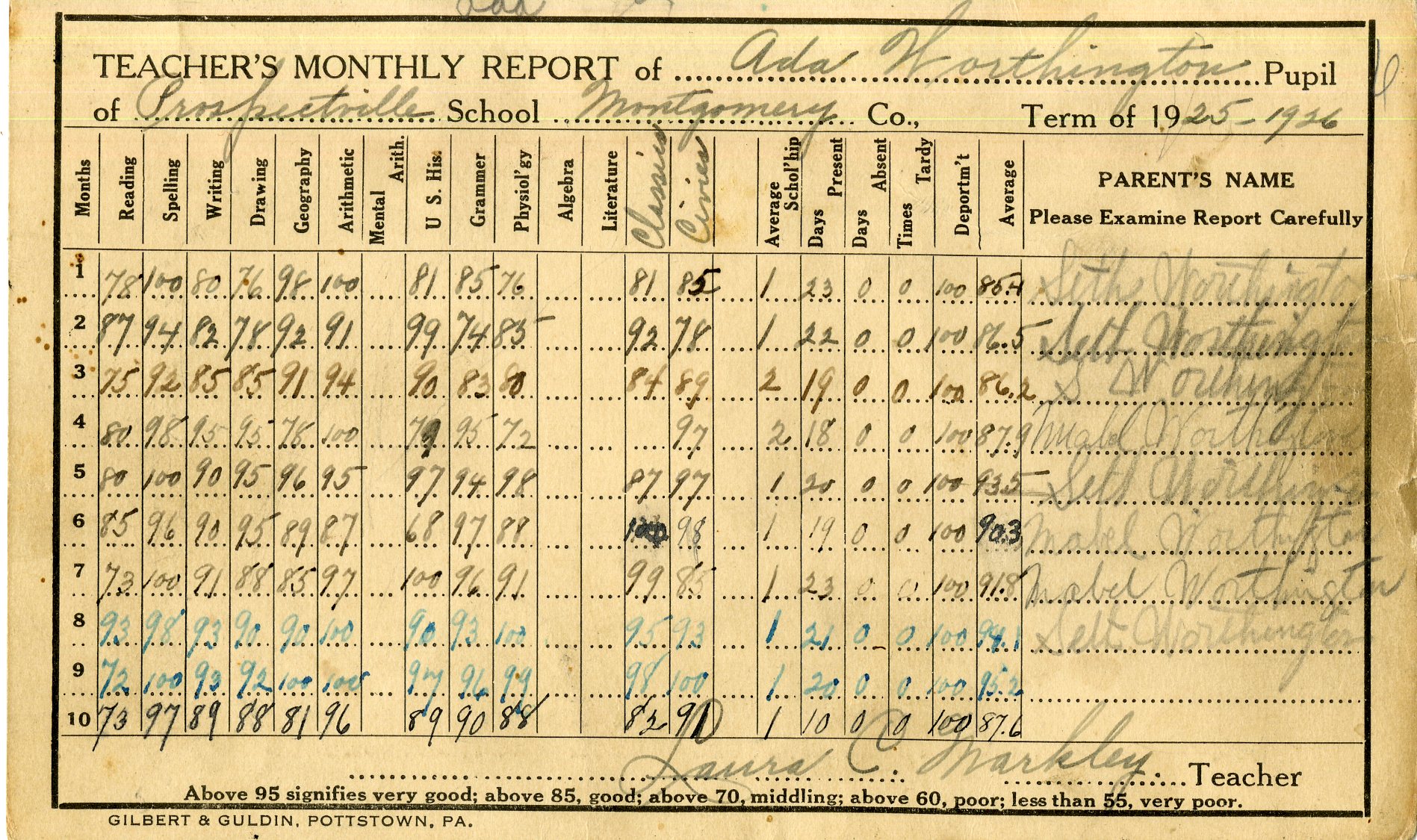 This invitation to her elementary school graduation indicates she was valedictorian. 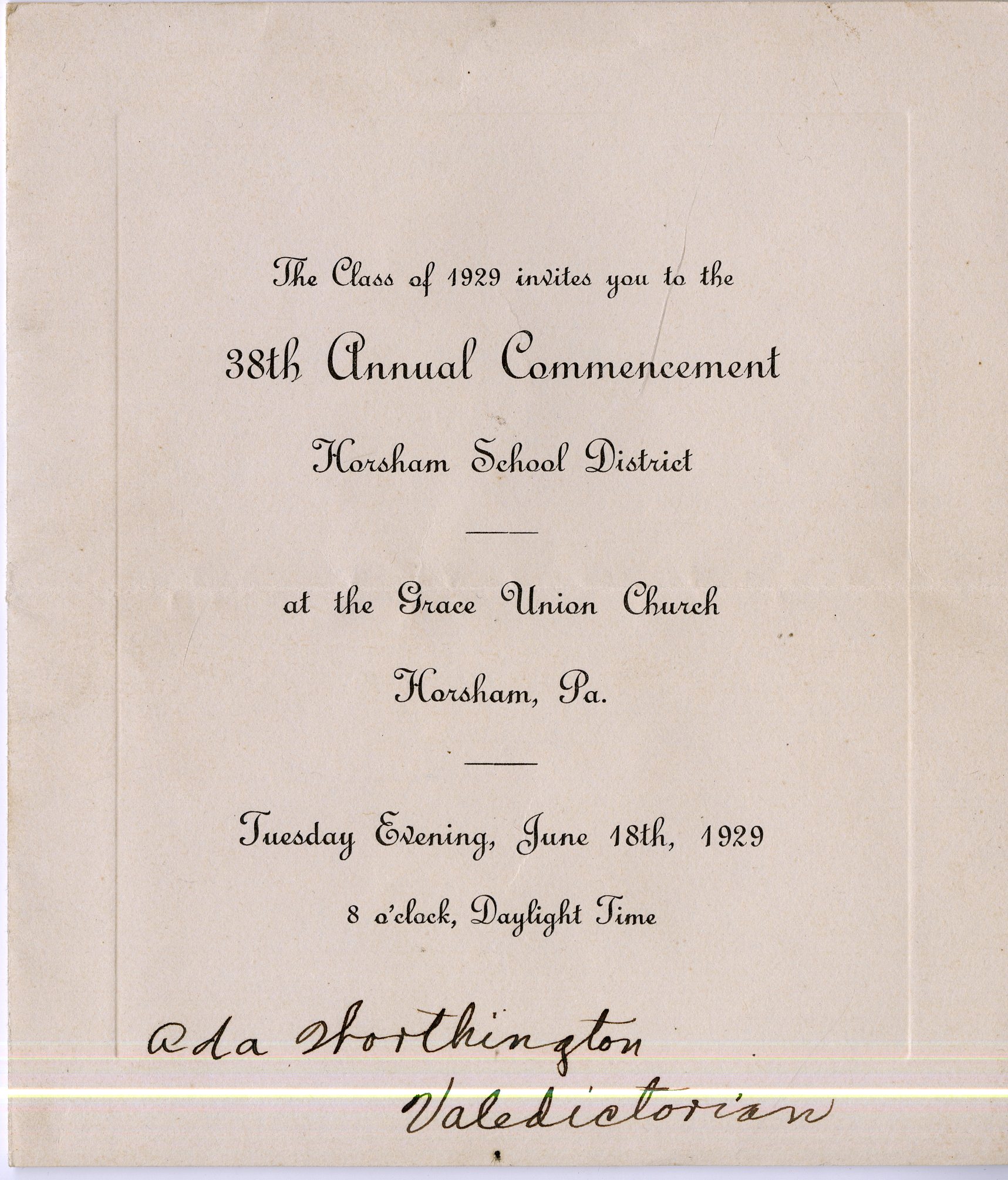 After attending Ambler High School, Ada was admitted to the Abington Memorial Hospital School of Nursing. Her letter of acceptance includes a list of what to bring with her, including $22 for textbooks. 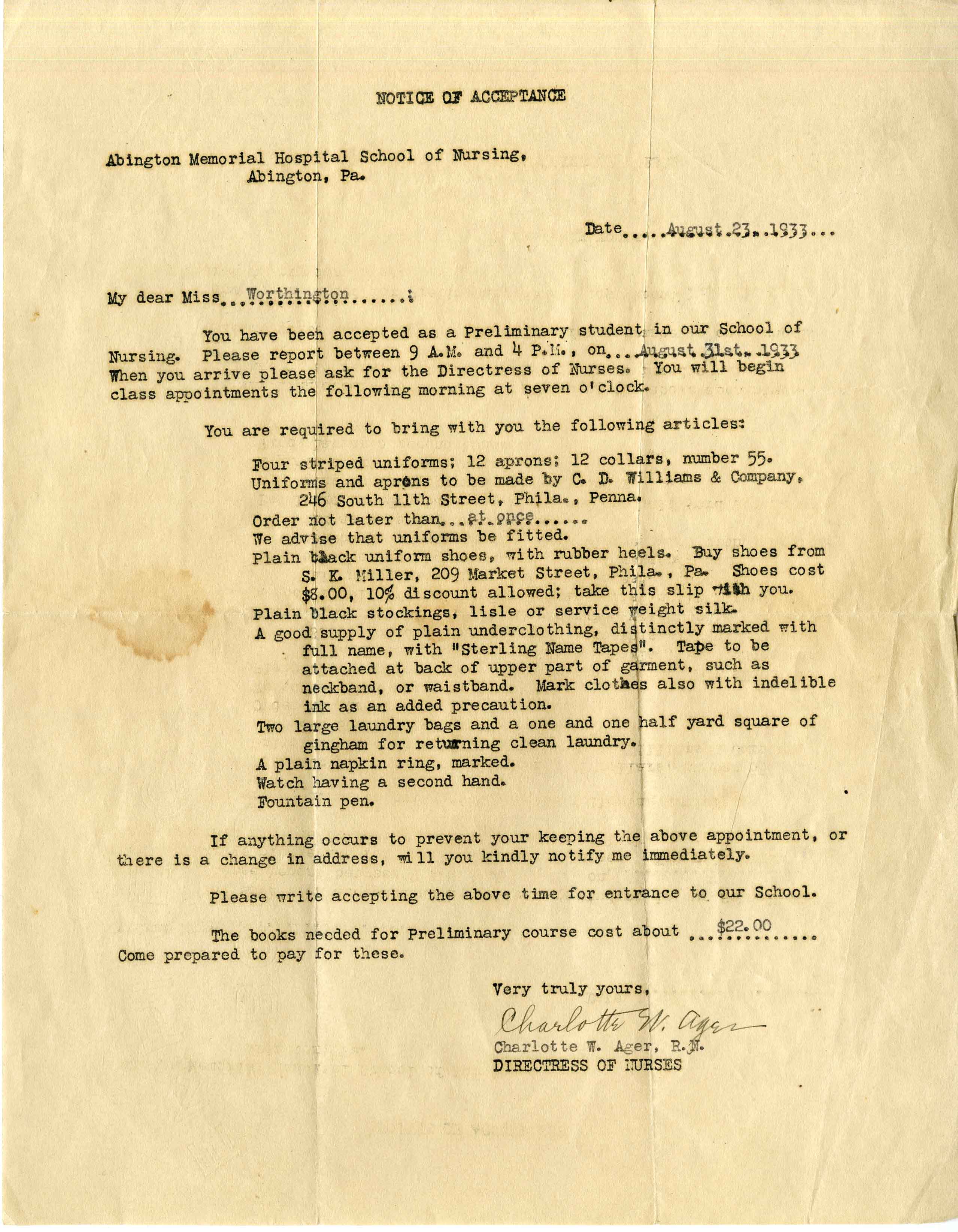 Using Ancestry, I was able to follow Ada through her life. In 1942, she married Camillus G. Schlecter in Delaware, though both listed Philadelphia addresses on their marriage license. Interestingly, Ada lists herself as about a year older than Camillus. Her birthdate on the marriage certificate is March 29, 1916, however, on a form from the school district from when the family moved from Cheltenham to Horsham (when Ada was 6 years old), her birthdate is listed as March 29, 1915. Did she shave a year off her age? Or did her parents have reason to list her as older than she was? Is it just a clerical error? 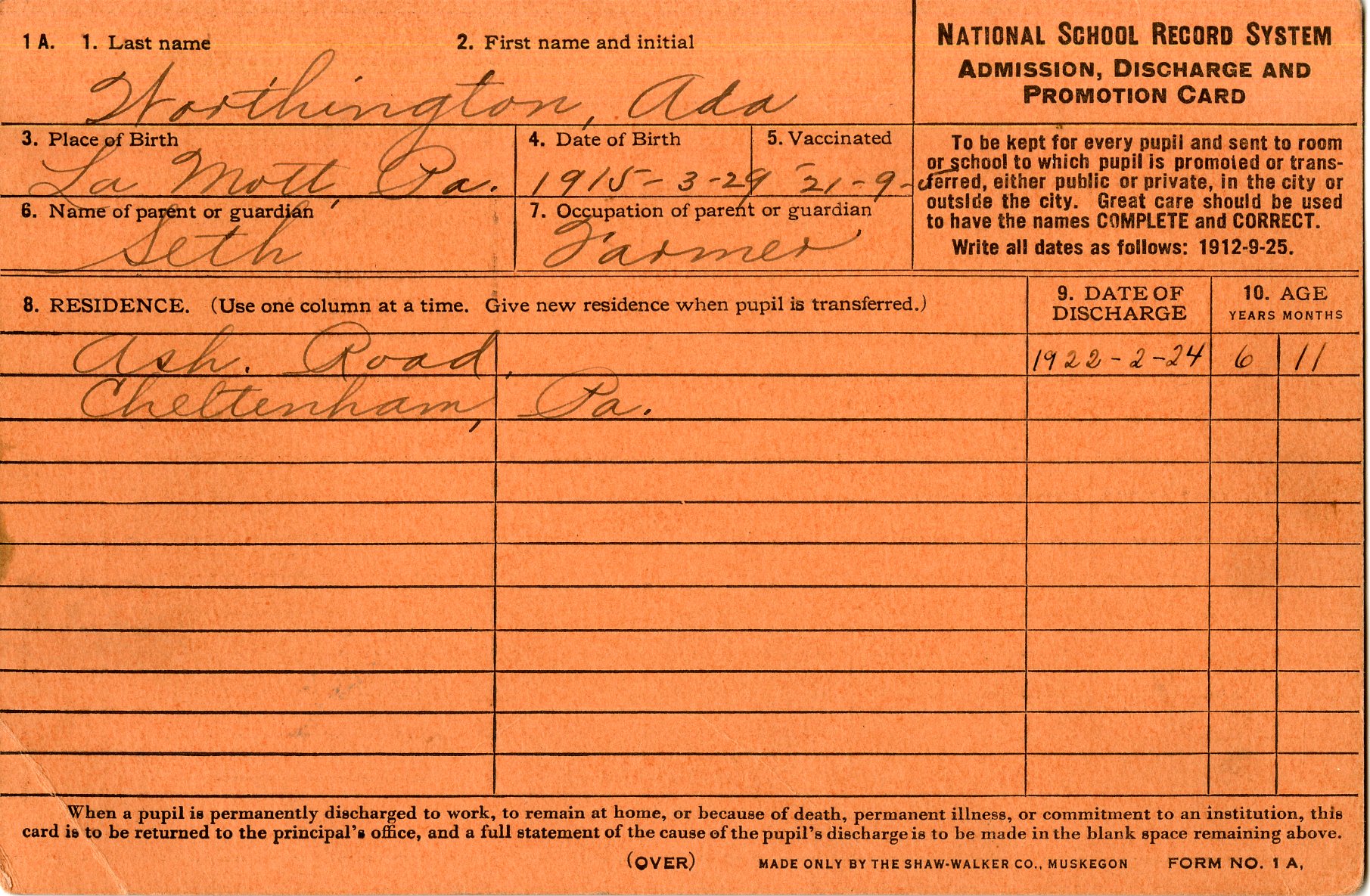 A little more searching revealed that Ada passed away in 2013. She’s buried in Ambler, with 1915 listed as her date of birth on her tombstone.