If you’ve ever attended the Historical Society’s Memorial Day observance at historic Montgomery Cemetery, you’re probably familiar with the Grand Army of the Republic. This national association of Union veterans of the Civil War, had hundreds of posts across the country. One local Montgomery County post, the Zook Post, purchased several plots at Montgomery Cemetery for the burial of members who couldn’t buy plots of their own. 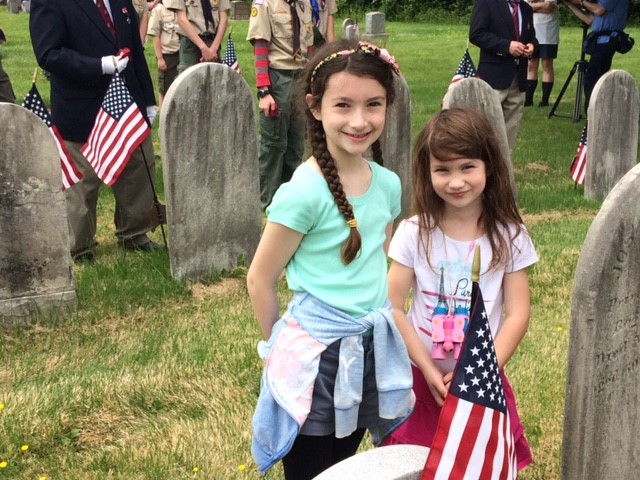 Adorable children at the G.A.R plot

The G.A.R. wasn’t the only organization for Union veterans, however. Norristown was also home to a chapter of the Union Veteran League. This group was much smaller than the G.A.R. because it had stricter rules for admittance. In order to be a member, one had to have volunteered for three years of service before July 1, 1863 (when the draft went into effect) and served for at least two years.

This morning, I came across the roster of post 94 in Norristown. It lists 56 members, all enrolled from 1891 to 1893. The roster lists the members’ names, place of birth, residence, occupation, plus contains information on their service. 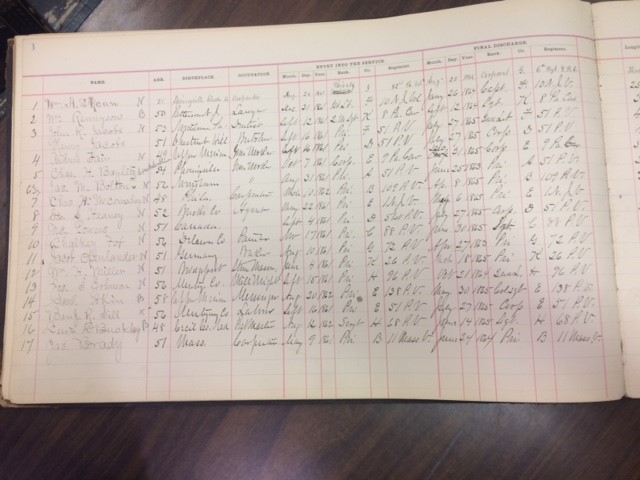 Some members were wounded or captured, and the roster notes that, too. 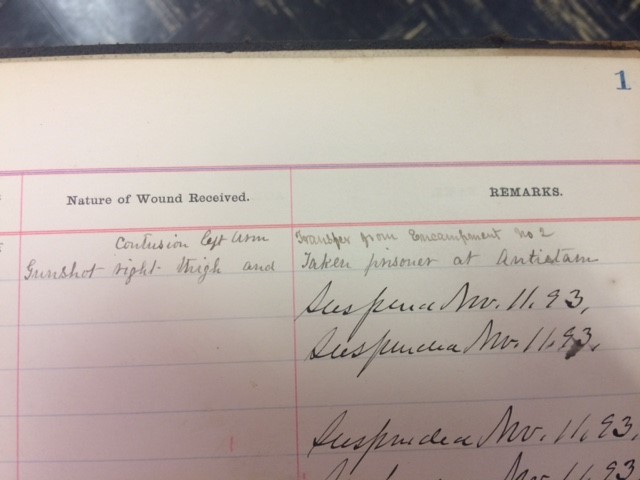 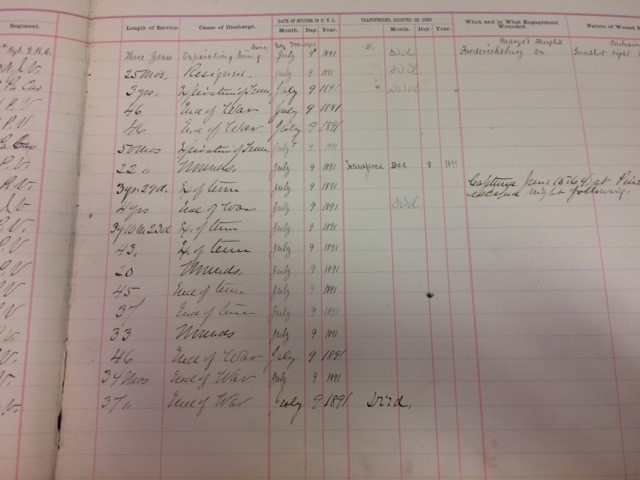 The group was founded in Pittsburgh in 1884 and lasted until about 1939 (the Grand Army of the Republic survived until its last member died in 1956). While neither group ever expanded to include later veterans (the Veterans of Foreign Wars was founded for them in 1899 by veterans of the Spanish – American War), the G.A.R. was succeeded by the Sons of Union Veterans.

Since it was a smaller group with no apparent successor, information on the organization is hard to find. This roster was ended up with member Samuel E. Nyce, who donated it to the Historical Society in 1910.