In our collection, we have a program from that night. The girls’ orchestra from Norristown High School played the opening music and local soprano, Orsola Pucciarelli sang three songs before the lecture. 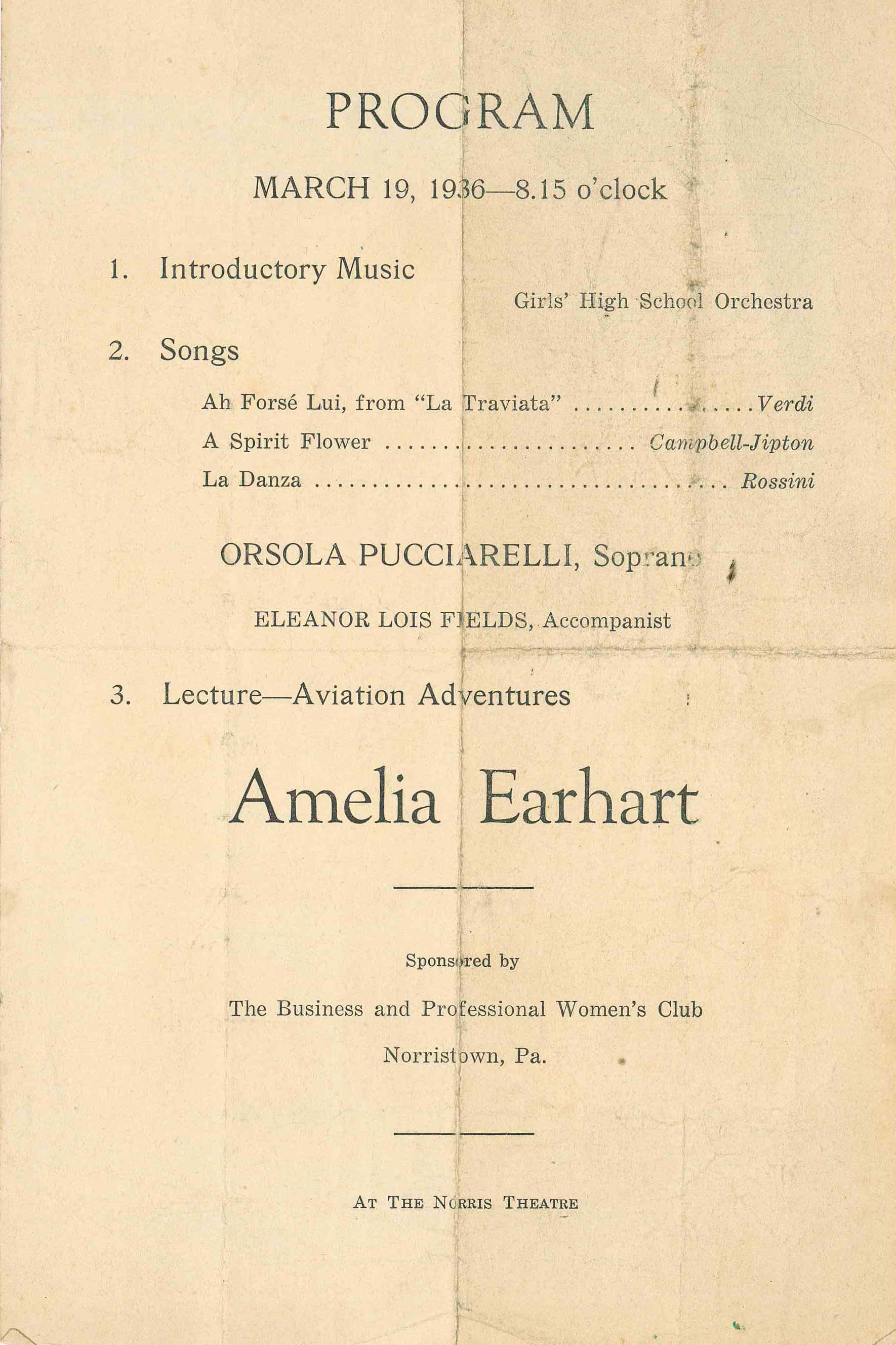 Coverage of the event in the Norristown Times-Herald was very enthusiastic. The paper had two articles on Earhart’s talk. Both articles begin by describing her appearance. “Slim, trim, and decidedly feminine” one says, while the other devotes the entire second paragraph to the blue evening gown she designed herself.

In her lecture, the aviatrix expressed her confidence in flight. “There is no doubt about it,” the newspaper quotes her saying, “transatlantic air service will soon be regularly scheduled.” She also spoke in support of working women, saying that they had every right to fly in commercial aviation as men did. She also spoke about her flights across the Atlantic and the Pacific oceans and her love of flying in general. The Times-Herald records, “I have no fear of flying, if I did I would not fly. I am a firm believer in preparedness and leave nothing to chance that I can possible help.” 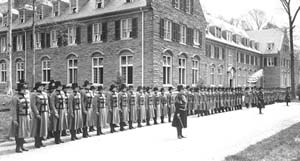 Earhart was born in Kansas, but she was not a stranger to Montgomery County. After completing high school in Chicago, Earhart attended the Ogontz School for Girls in Rydal (now Penn State Abington) with an eye towards applying to Bryn Mawr eventually. Earhart clashed frequently with the school’s owner and headmistress Abby Sutherland, according to Penn State University Libraries' website dedicated to the Ogontz School. After a visit to her sister in Toronto in 1917 where she saw wounded soldiers returning from Europe, Earhart left the school to become a nurse’s aide there. She and her husband visited the school, which was still in operation then, the day of her talk. She told the Times-Herald, “My husband considers himself an alumnus of the school he has heard me speak of it so frequently.”

Earhart said in her lecture that she had no concrete plans for another flight. However, the following year, she attempted to fly around the world with her navigator Fred Noonan. In July of 1937, Amelia Earhart’s Lockheed Electra disappeared over the Pacific Ocean.