For much of our history, people used physical currency to purchase goods. However, today we are experiencing an increased use of electronic payments instead of traditional paper and metal currency. This transition can be partly attributed to the emergence of charge accounts in the early twentieth century. 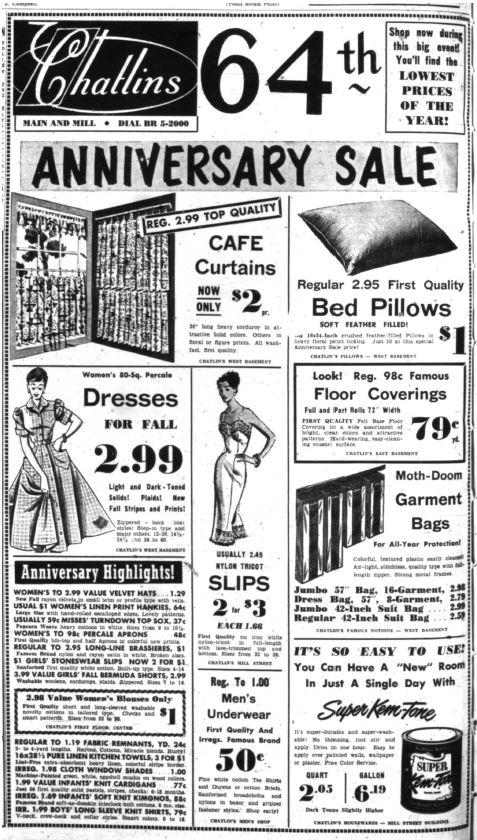 Charge accounts were essentially the first credit cards. Large companies gave their customers an account number and a small metal coin to show to the cashier for each purchase. At the end of the month, the customer would get one bill for all the purchases they made at that store. The picture below shows an example of a Chatlin’s Charge Card. 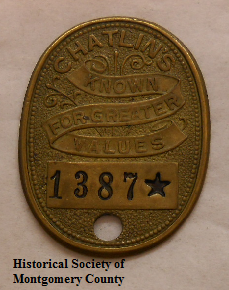 Russian Jewish immigrants Samuel and Ida Chatlin founded this Norristown department store in 1892. Located at 244-252 East Main Street, Chatlin’s sold a variety of items such as: clothing, tools, and home appliances. To compete with other large stores in the area, Chatlin’s created many charge accounts for their customers. 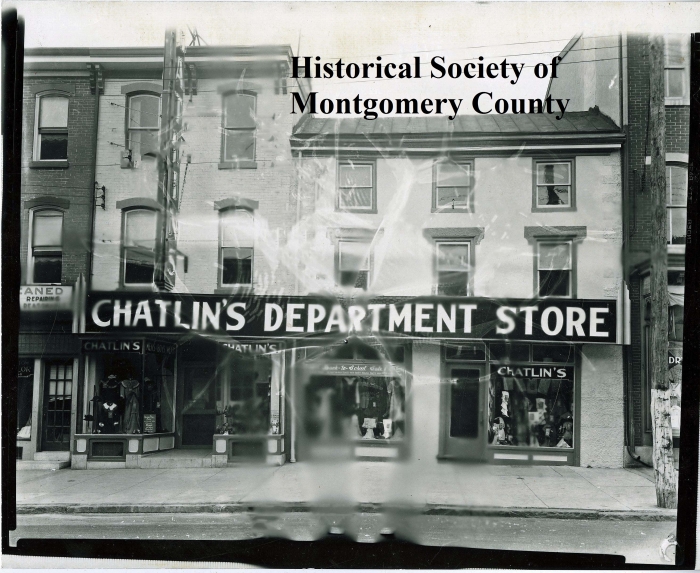 Upon their retirement in 1926, Samuel and Ida’s son, Morris, took over the family business. When Morris died in 1974, Chatlin’s had no heir willing to continue the family business. Morris’ widow, Cecele (Stein) Morris, originally planned to move the company to Logan Square in 1975. However, by November of 1975, Cecele announced the store would close.