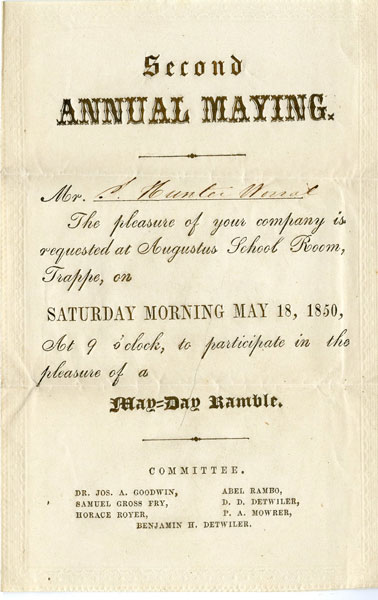 The church is located in Trappe and sometimes is called the “Old Trappe Church”. Settlement in Trappe goes back to 1717. A Lutheran congregation was organized in 1729 by John Caspar Stoever, Jr. who held services in a borrowed barn. Stoever was not actually an ordained minister. After he moved west, various self-made ministers passed through the area until the community joined with other Lutherans in Falkner Swamp and Philadelphia and contacted the church in Germany to send them an ordained minister. 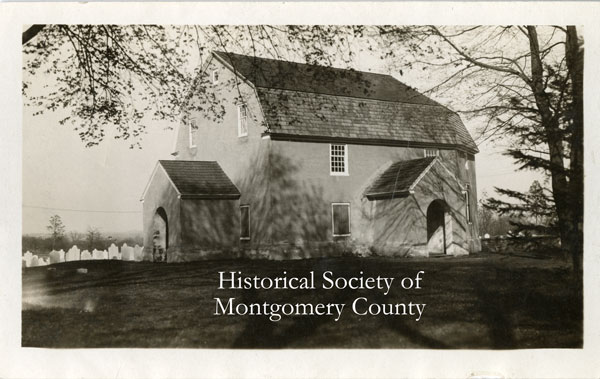 Once Muhlenberg arrived, the congregation eagerly started building in 1743. The church was finished in 1745 and named after Muhlenberg’s mentor, August Franke. Since Muhlenberg was the first regularly ordained Lutheran minister in the future United States, Augustus Lutheran is considered the “Shrine of Lutheranism” in the U.S. 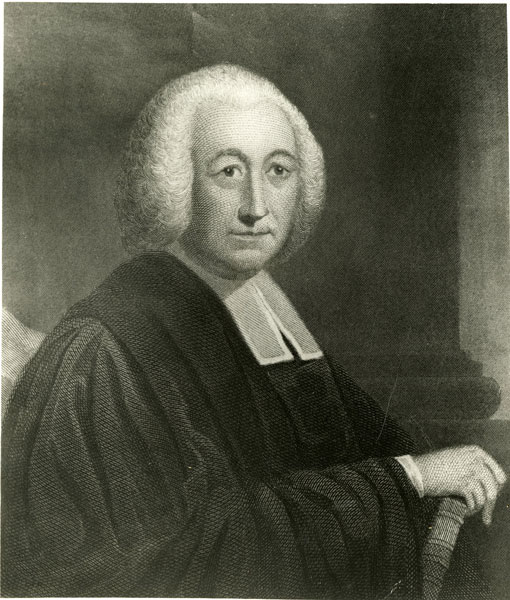 The congregation also built the first school house in the area in 1743. Rev. Muhlenberg was the first teacher. The church would build two more school houses, the last being a stone one. In 1846, that building was leased to Upper Providence Township and became the town’s first public school. It is probably this building referred to on the invitation. It was torn down just a year later. 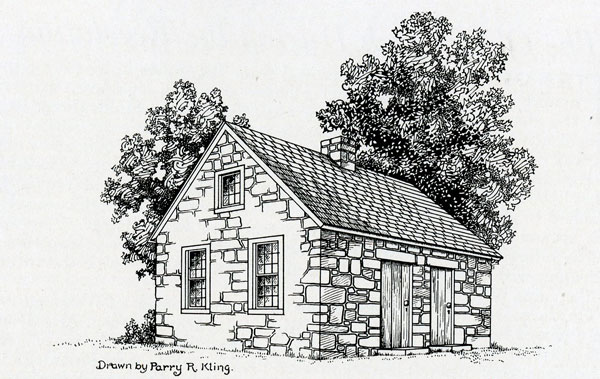 Recreation of the schoolhouse based on the memories of a former student and the remaining foundations.

From a 1931 booklet on Augustus Lutheran Church by Rev. W. O. Fegley.

A new brick church was built in 1852, but the original was kept. It is the oldest unaltered Lutheran Church in the U.S., and the congregation occasionally still uses it for services. In fact, this Sunday’s (June 2) service will be held in the original church. 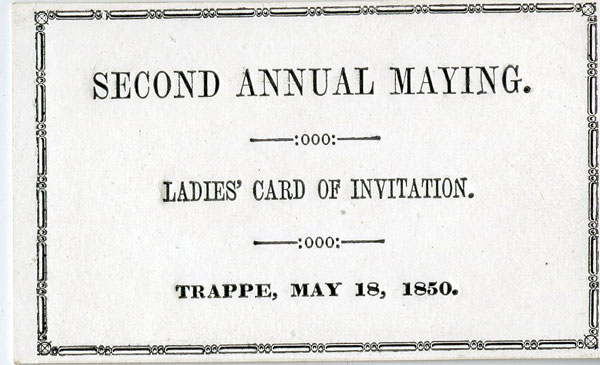 We have many publications produced by the church, but none of them make reference to an annual “May Day Ramble.” Perhaps the tradition didn’t catch on.