“What’s in a name?” an expression attributed to William Shakespeare, in the case of the name Stewart Fund Hall and Union School the name contains much history and care for the community of King of Prussia. In 1808, William Stewart, reportedly an illiterate Scottish farmer, established a fund of twenty-five thousand dollars to provide educational benefits to poor children who parents could not pay the school tax. This was an enormous sum for the 19th Century. In 1798, William Cleaver, a Welshman, gave a portion of his land for school for the same Upper Merion community. Earlier still, Welsh Friends and Swedish settlers had a practice of establishing school buildings and church structures adjacent to each other to strengthen a sense of community.

Out of this diverse ethnic community (thus fully American community) constructed a log school house in 1740, known as the Union School. This building in use until 1810 when a stone building was erected on the land of the above cited William Cleaver. William Stewart’s will provided the trust fund to support educational improvements. This fund also was responsible for building an adjacent hall known as the Stewart Fund Hall. 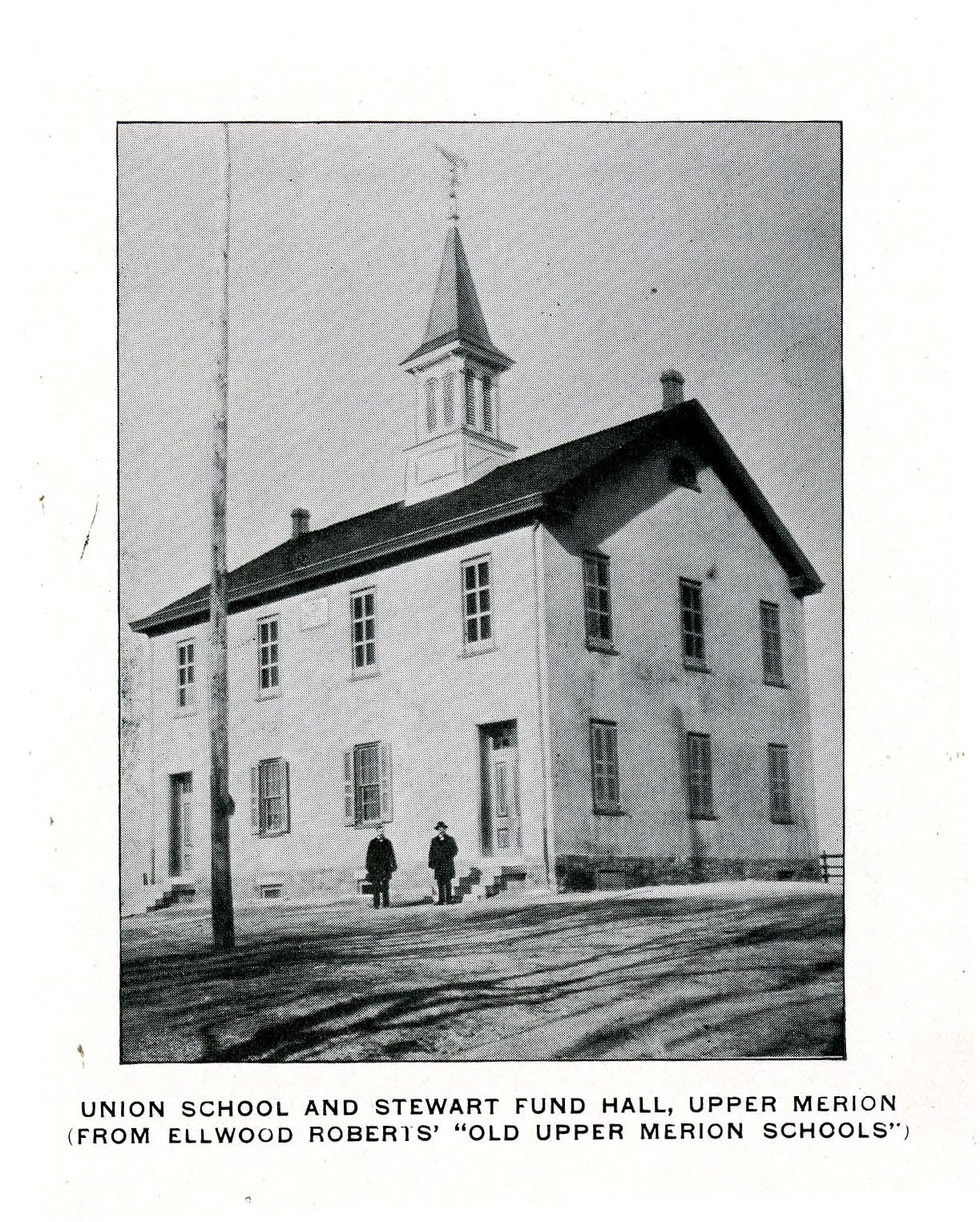 This community education facility further strengthened education for the entire community which included the Grange Farmer Institute, singing school, band rehearsal activities, scientific, and literary discussion groups.  The fund was overseen by a committee of trustees.  The records of the Stewart Fund Hall Assocation are in the collection of the Historical Society. 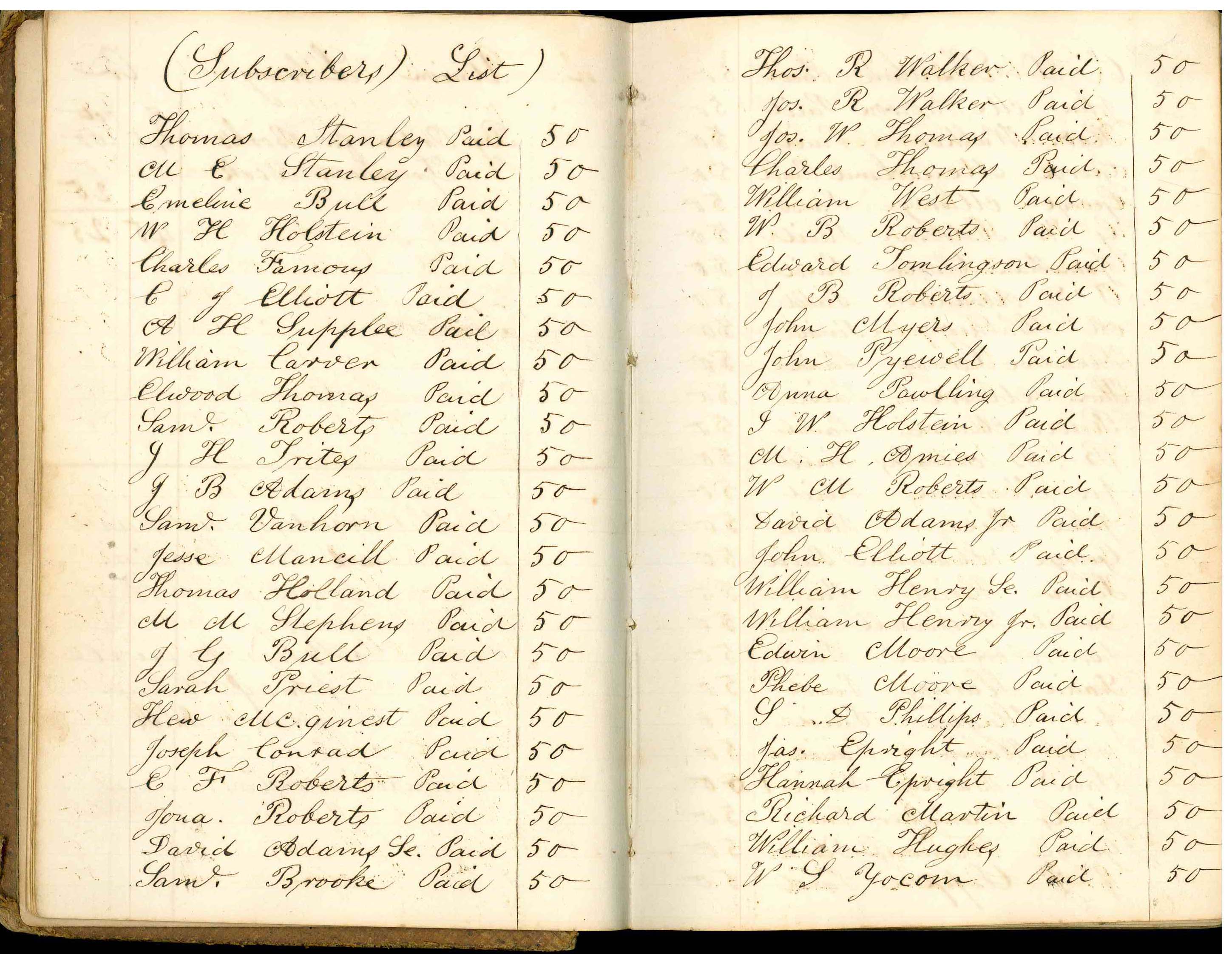 A list of the Stewart Fund Hall Library subsribers.

In 1878, the Stewart Fund Hall was rebuilt and furnished with a library. 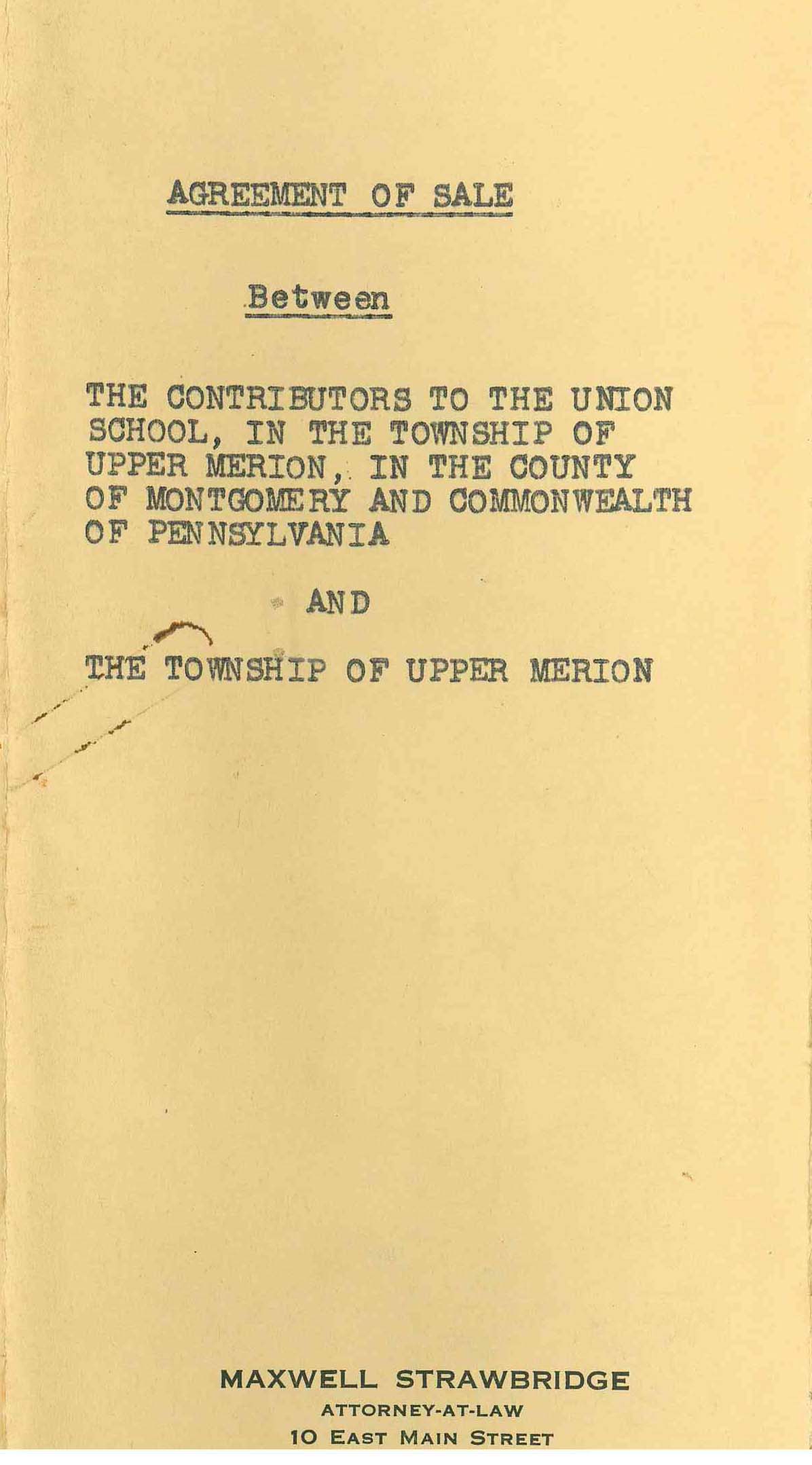 In 1947, according to an article by Ed Dybicz in 1965, the building was sold to Upper Merion Township and used for administration purposes. Finally, as noted in the King of Prussia Courier on July 24, 1993, the Stewart Fund Hall and adjacent buildings located at DeKalb Pike (Rt. 202) and Allendale Road were demolished. 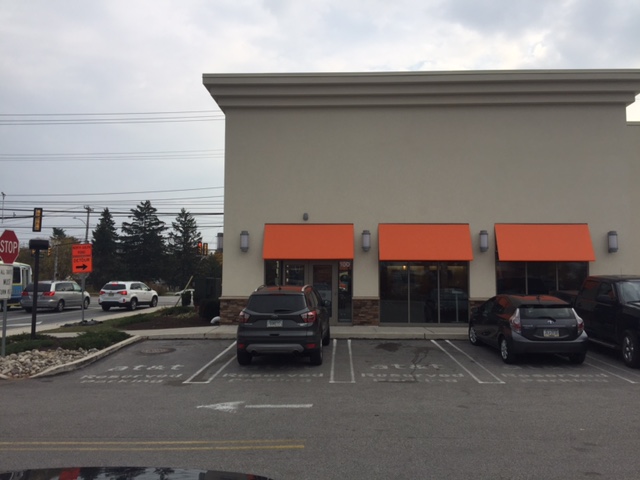 The building complex was replaced by the Girard Trust Back branch and is an AT&T store.

In closing, “What’s in a name?” Quit a lot. With regard to the Stewart Fund Hall and Union School years of love and concern for the people of the community for each other’s’ well-being is evident. It should also be noted the building complex underground room is believed to have been used as a station for the Underground Railroad to Canada, which further illustrates a commitment to benefit all mankind.