Across the road from the Frederick Mennonite Church is the Bertolet Meeting House and Burying Ground. Set aside by the Frey family for family burials in 1725, the burying ground long predates the small meeting house and holds many Frey, Bertolet, and Grubb ancestors.

Heinrich, or Henry, Frey was one of the earliest German settlers in Pennsylvania. He settled in Philadelphia in 1680 where he opened a woodworking shop. According to a legend recorded in The Book of Philadelphia by Robert Shackleton, Frey and his business partner Joseph Plattenbach taught a young Lenni Lenapi man their trades, and in return, he introduced them to his father Chief Tammanend (often called Tammany – as in Tammany Hall in New York). The son was called Minsi Usquerat. Frey and Plattenbach gave gifts to the Leni Lenapi and spent the night with them. The next day, Tammanend took them to the top of a hill and offered them a 1000 acre tract of land in what is now Germantown.

Later, after 1700, Frey bought the land that is now Bertolet Burying Ground from William Penn, as part of a purchase of 650 acres. He moved there with his sons and nephew. In 1725, Henry Frey set aside part of the land for a family burial ground, and after he died in 1734, he was the first burial there. 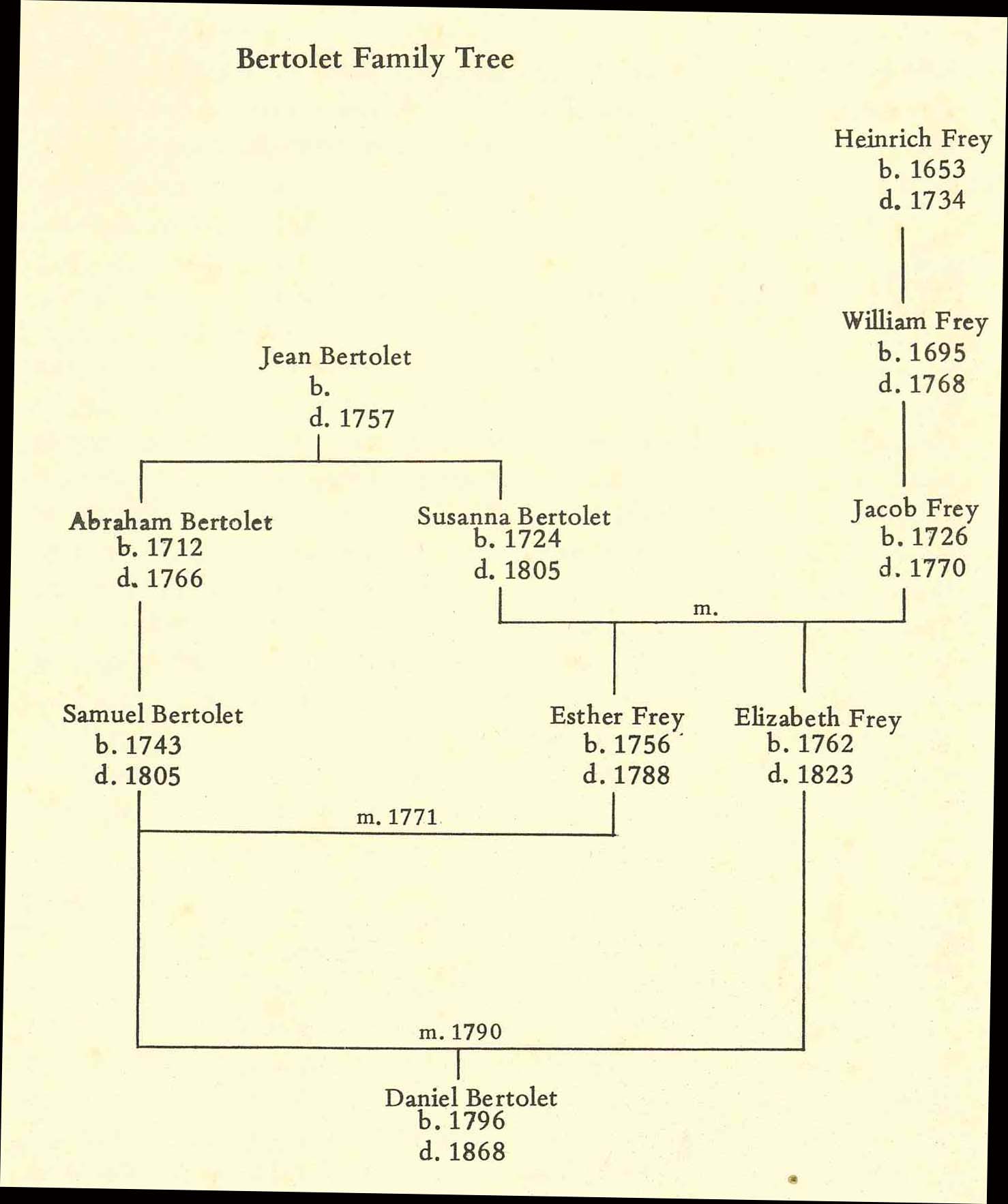 The name Bertolet came to the area with Jean Bertolet, a French Huguenot who came to Pennsylvania in 1726. His daughter Susanna, married Henry Frey’s grandson Jacob in 1750. After Jacob died in 1770, she sent for her nephew Samuel Bertolet, who finished building the house Jacob had started. In 1777, that house served as the staff headquarters for the Continental Army.

Samuel served in the American Revolution under General Anthony Wayne hauling both supplies and wounded soldiers during the Battle of the Brandywine. He also supplied grain to the army at Valley Forge. 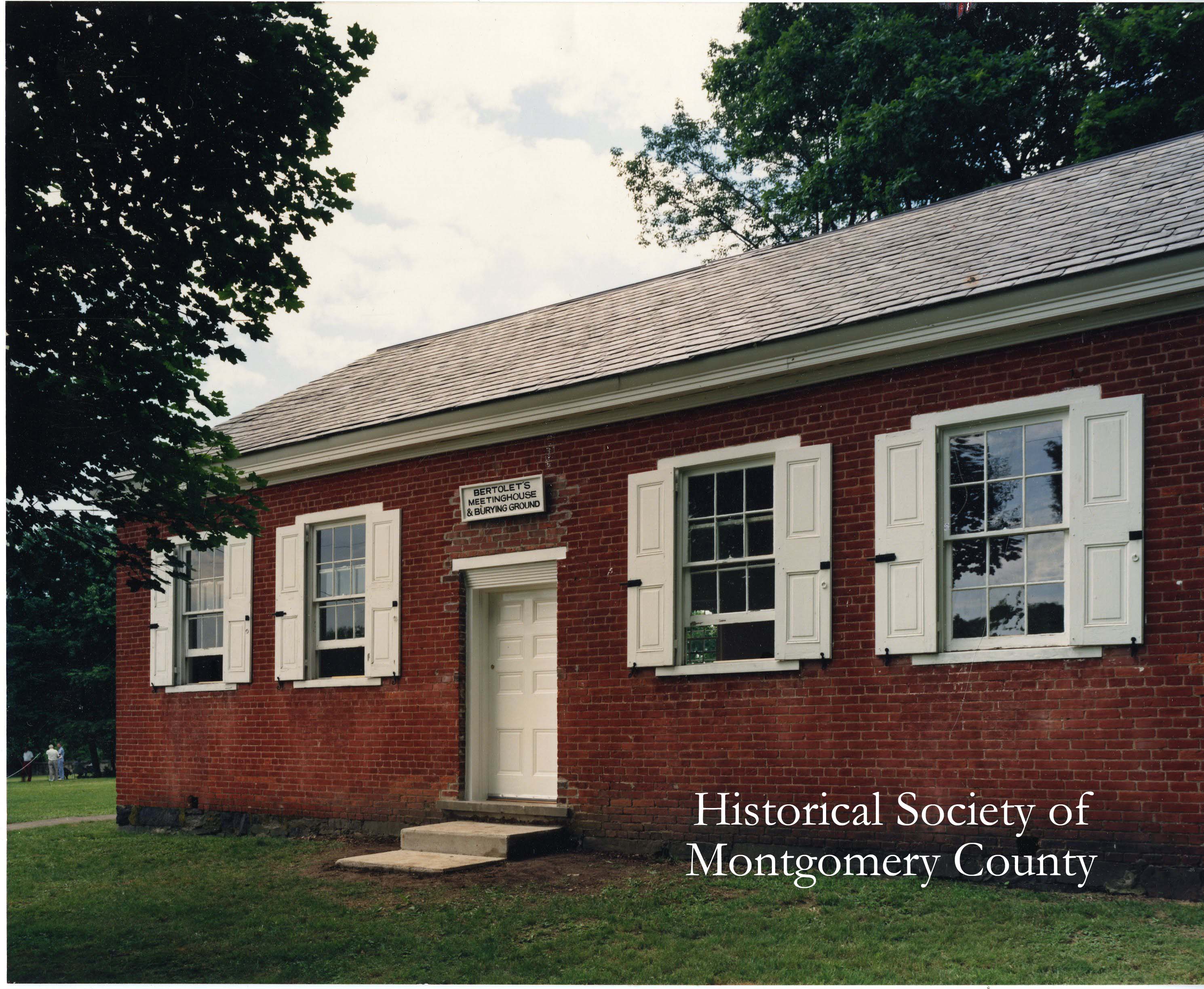 Samuel’s son Daniel was a brickmaker, whose brick went into many of the early buildings of Frederick Township. It was he who proposed founding a Mennonite Meeting House on the land next to the burial ground in 1846. The first meeting was held on May 23, 1847.

The meeting house was closed in 1928 when the advent of the automobile made it possible for Mennonites to travel to large meetings in surrounding communities. However, in 1950, a Mennonite group began using the building for Sunday school, and in 1966, a new building, Frederick Mennonite Church was built across the street. 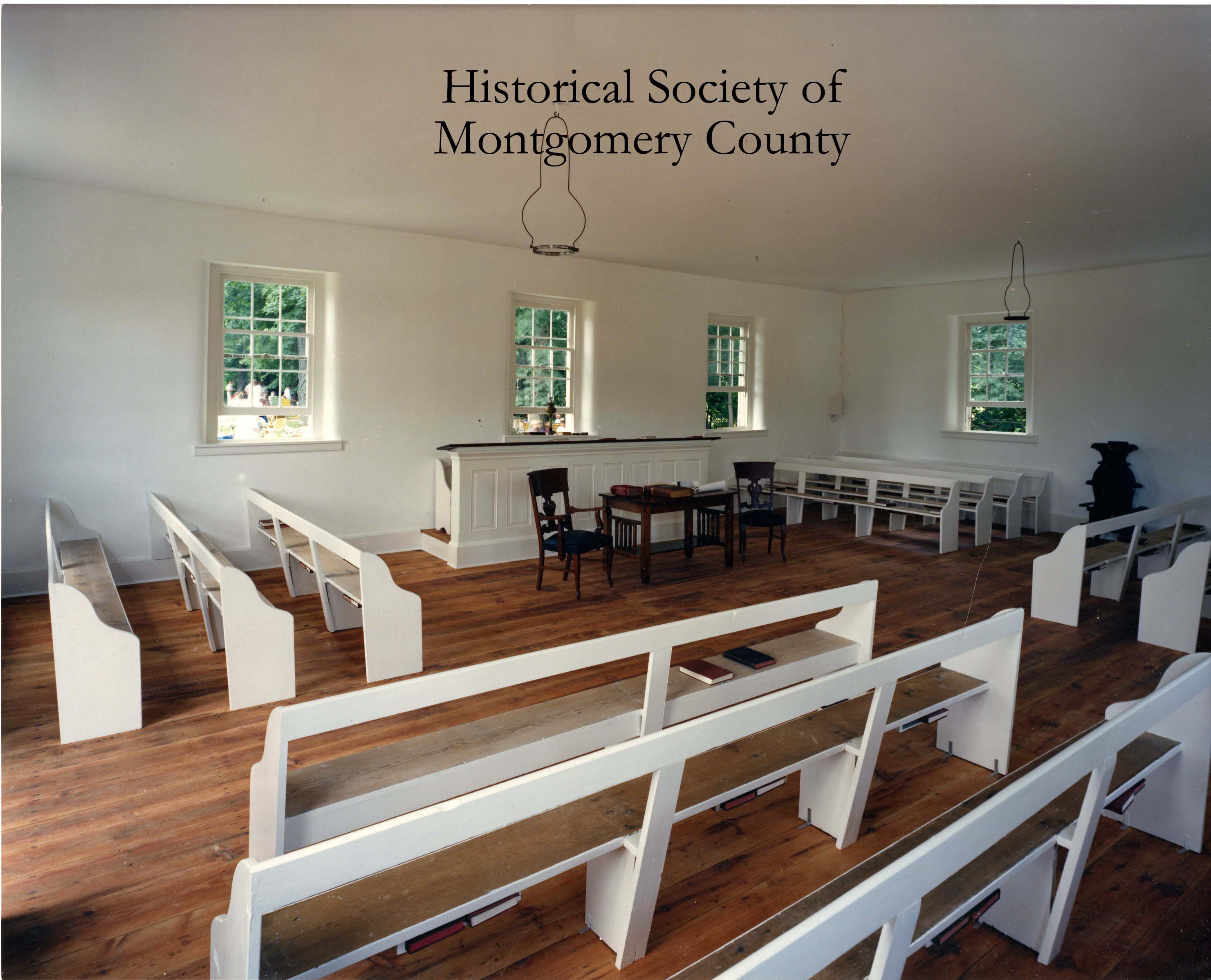 In 1890, the Bertolet Burying Ground Association was incorporated to maintain the burial ground and the meeting house. The records of the association are part of the Historical Society’s archive.

Abraham Hunsicker and the Mennonite Schism

I came across Abraham Hunsicker while working through a collection of booklets relating to Mennonites in Montgomery County. Two booklets in particular caught my eye: A Statement of Facts and Summary of Views on Morals and Religion, as Related with Suspension from the Mennonite Meeting (1851) and An Explanation of Incidents that Took Place among the So-Called Mennonites (1854).  Both refer to times when Mennonite preachers were cast out of the church in 1850 and 1851. 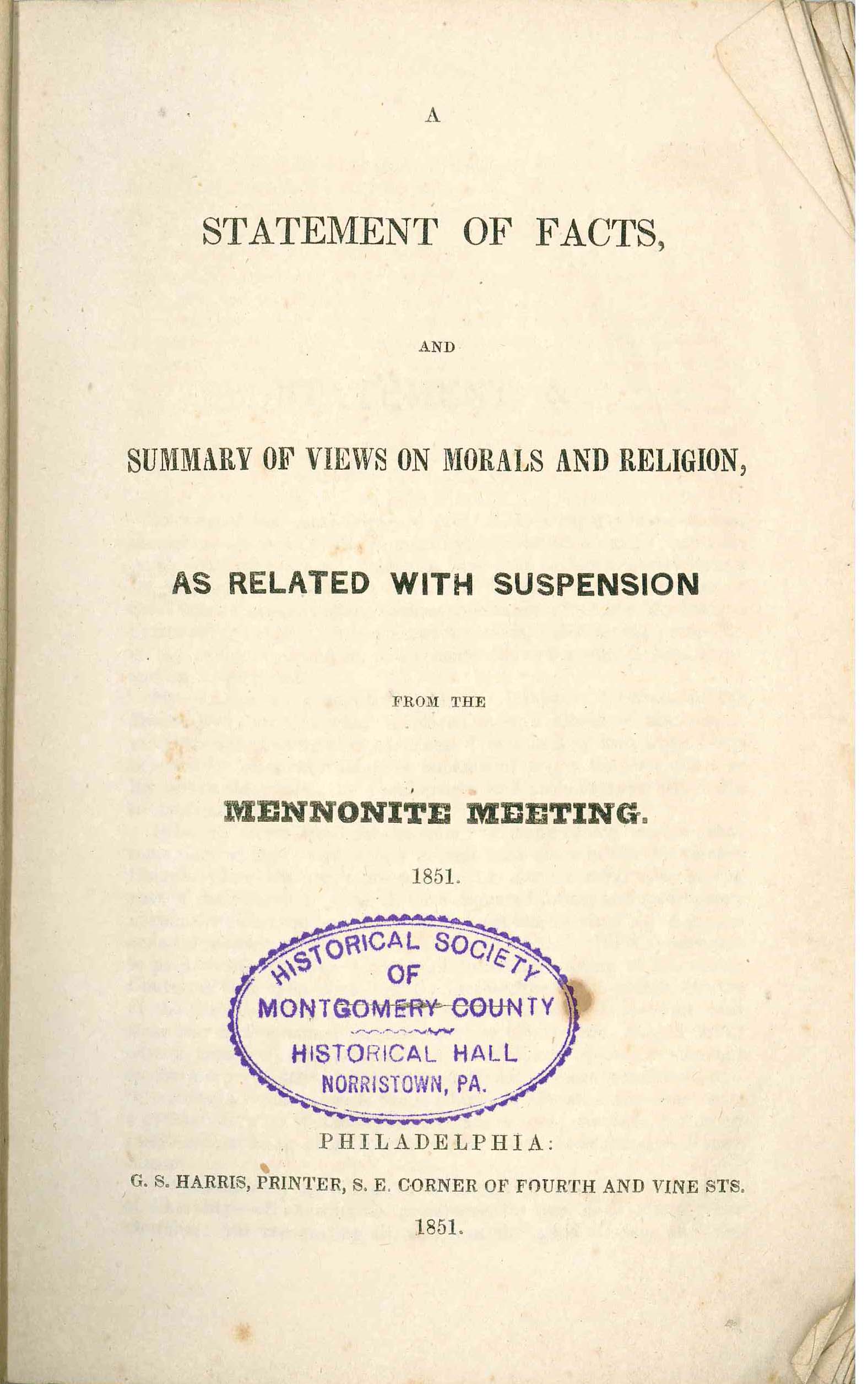 Abraham Hunsicker was the grandson of Valentine Hunsicker, the family’s immigrant ancestor who came to Pennsylvania from Switzerland in the early eighteenth century.  Abraham was born in 1793 in East Perkiomen and raised a Mennonite.  All the sources agree that he had little formal schooling.  In 1847 he was ordained a preacher, and later that year the church made him a bishop over the Skippack, Providence, and Methacton meeting houses.

It wasn’t long, however, before Abraham started making waves.  It began with a sermon by his nephew Abraham Grater.  He had been part of an earlier schism that created a group known as the “New Mennonites” (sometimes called the “Oberholtzer group”).  This group wanted Mennonites to move more in the wider world, to cooperate with other churches, and to have formal education for church members.  Many of the ideas John Oberholtzer suggested seem harmless, like not forcing ministers to wear colonial era clothing, or helpful, like taking minutes at meetings.  The leadership of the Franconia Confernece (made up of 22 Mennonite congregations) had no desire to change anything.  So, Oberholtzer and others founded the East Pennsylvania Mennonite Conference.

A few years later, Abraham Grater in his booklet, An Explanation of Incidents that Took Place among the So-Called Mennonites, says they are “beyond doubt one of the Six hundred and Sixty six” referred to in Revelation.  This time, the issue wasn’t coats or Sunday schools, but who should be allowed to participate in their services.  Grater preached in favor of open communion.  He refused to renounce the idea when called upon to do so, and Henry Hunsicker (Abraham Hunsicker’s son) supported him.  They were excommunicated. 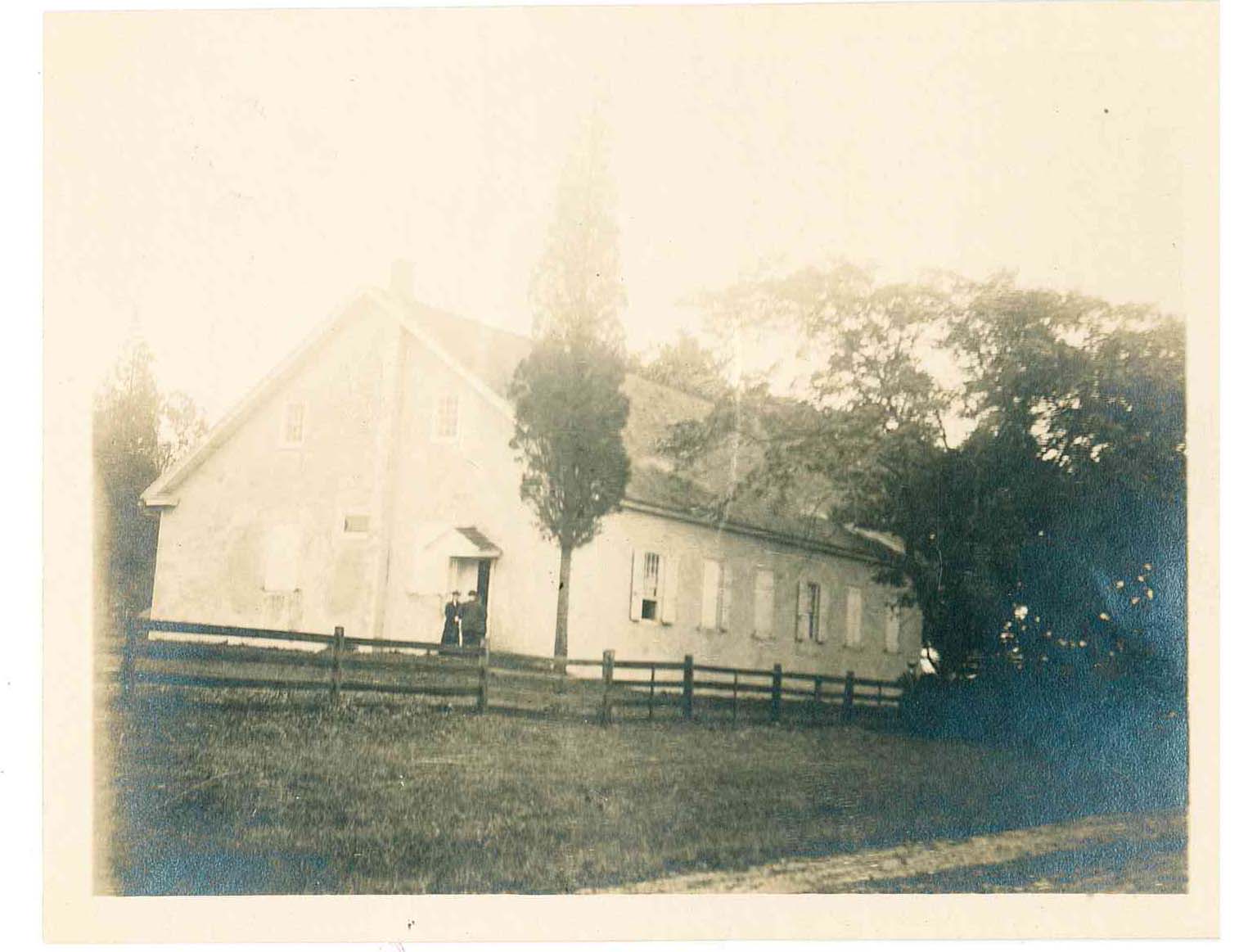 Abraham Hunsicker was of the same progressive mind set.  Like Oberholtzer, he agreed that the Mennonites should educate their children.  Unlike Oberholtzer, he supported the idea of open communion.  In his work, A Statement of Facts and Summary of Views on Morals and Religion, as Related with Suspension from the Mennonite Meeting (written after his own excommunication from the East Pennsylvania Conference) he points out that the Oberholtzer schism was caused by “the too servile reverence, on the customs, which were held in such high repute, as virtually to supersede the worship of God.”  Hunsicker goes on to explain his views on both open communion with other Christian churches and his openness to allow members of the congregation to join secret societies (such was the Freemasons).

Hunsicker is a clearer writer than Grater.  There is much less quoting of the Book of Revelation, and I think something of his personality comes through.  Take this passage for instance:

“Thus ended our [Hunsicker’s and Oberholtzer’s] fellowship and co-operation in the same bond of brotherhood – involuntary on my part, in which we had (to me, at least) jointly labored as faithful stewards.  And wherefore? why, simply because I could not in conscience, call that right which my heart called wrong.” 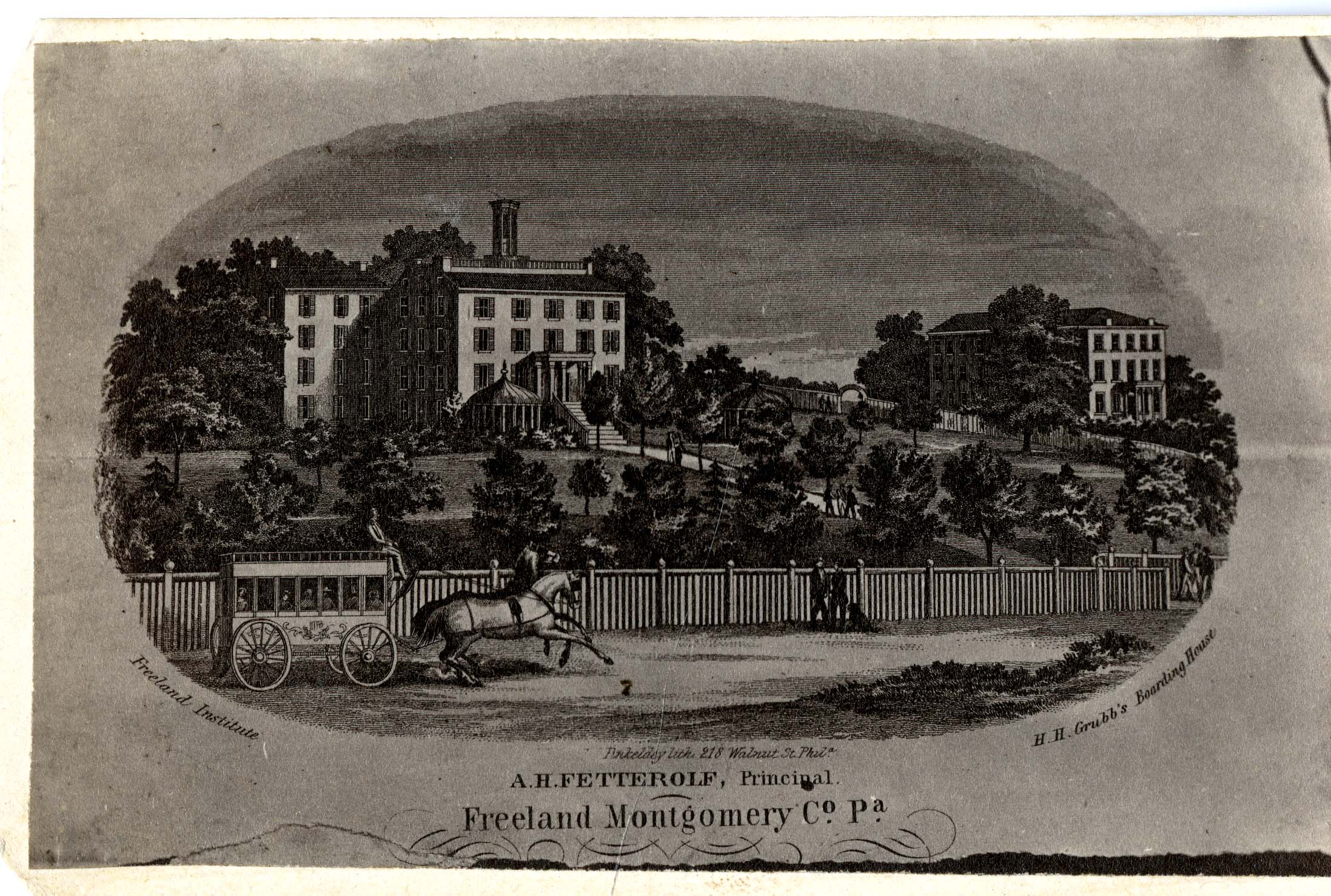 Hunsicker continued to live out his beliefs.  He founded the Freeland Institute, a non-sectarian school for boys on his own property, and he was instrumental in founding the Montgomery Female Seminary a few years later.  The Freeland Institute eventually became Ursinus College, and the girls’ school became Pennsylvania Female College (the school after which Collegeville is named).  He also founded a new church, Trinity Christian Society, which is still in existence as Trinity Reformed United Church of Christ.