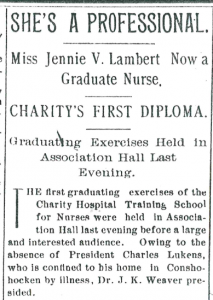 Since the training school was new, application requirements were, in some ways, less daunting than some of the nursing programs in the area today. Originally, any woman between the ages of 21 and 35, in good mental and physical health, and was educated could apply to the school. While this may not seem like many requirements, it is important to note that these requirements would make it difficult for women from low income families to compete with wealthier women who would be more likely to have several years of education. Furthermore, unlike today, men were expected to become doctors not nurses, and therefore were not welcome to apply to the program when it began. As the program grew and changed, so too did these application requirements. 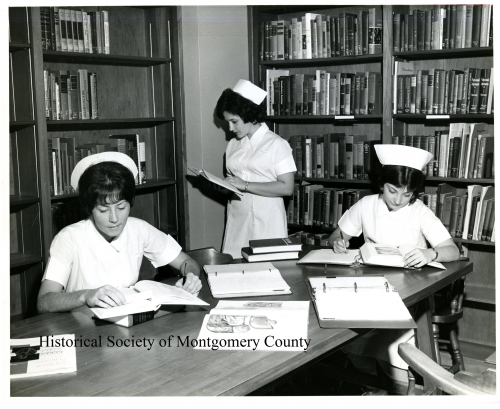 Part of what made Montgomery Hospital School of Nursing such a popular program in the region was its partnerships with local hospitals. The nurses’ training program required all students to work with doctors and patients in Montgomery Hospital. In 1944, the school expanded this hospital partnership to Norristown State Hospital, which offered nursing students with a wider variety of training, particularly with psychiatric related work. 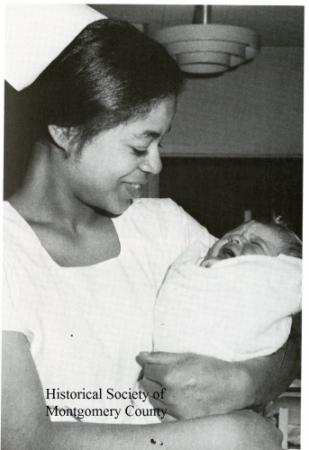 Although the Montgomery Hospital School of Nursing produced hundreds of certified nurses from the program, it was no match for the hospital's looming financial troubles. As a non-profit hospital, it could not compete with the numerous local for-profit hospitals in the region. The Nursing school closed in 1975 and the hospital itself closed in September 2012. 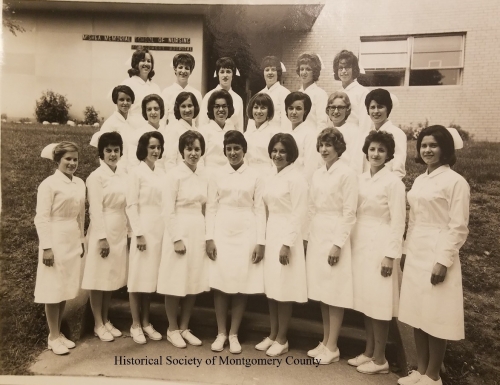 To learn more about how Montgomery Hospital impacted our county’s history, be sure to see our upcoming exhibit, Montgomery County Hospitals. There will be a Gala on Thursday June 27, 2019 and the exhibit will be open to the public starting July 1, 2019 through March 2020.