Recently we received a new addition to our collection. This coverlet was made by Isaac Kepner of Pottstown, PA in 1838. It was passed down through the donor's family, although we are uncertain which family member originally purchased the coverlet from Kepner. 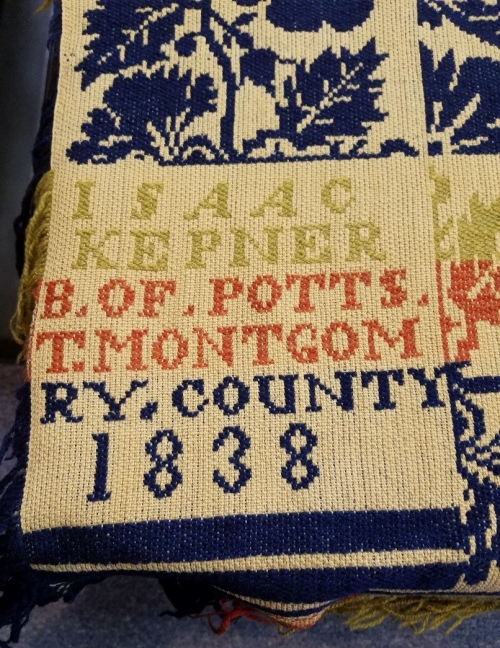 Kepner was born approximately 1805. He wove in North Hanover Township from 1835 to 1836 and in Pottstown from 1838 to 1848. All of his work had his name, location, date, and sometimes the client’s name woven into a corner of the textile. This coverlet, unfortunately, is one of his pieces that does not include the client’s name. He died in 1880 and is buried at Pottstown Cemetery.

Coverlets are woven bed covers, primarily used in the 16th and 17th centuries. These covers were put on top of the bed sheeting to keep the user warm. After receiving an order for a coverlet, the local weaver would weave the fabric using a large wooden loom. As the fabric was woven, the colored design would take shape. 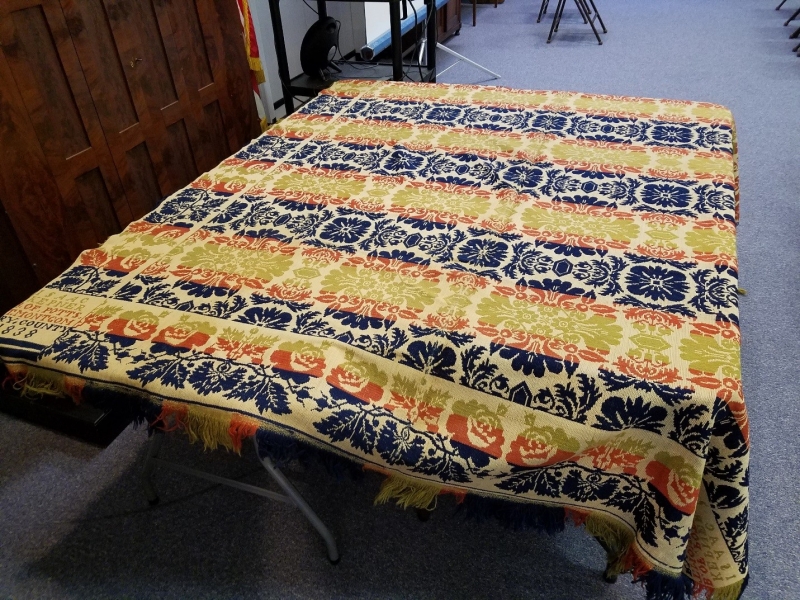 The Kepner coverlet was made in a style often referred to as jacquard or “figure and fancy”. Weaving floral designs, this style of coverlet was made primarily by professional weavers, who often times were men. Unlike quilts, coverlets like these were reversible and were made of wool or a combination of wool and cotton.

The National Museum of the American Coverlet, http://www.coverletmuseum.org/coverlet.htm

The Schuylkill River used to be lined with mills, many of them textile mills. I’ve written about a few of them over years, but this week, I’d like to take a look at the H. C. Jones Company of Conshohocken.

Horace C. Jones was a native of Conshohocken and attended its public schools, graduating from Conshohocken High School in 1857. He attended the University of Pennsylvania for one year before going into the family lumber business, Evan D. Jones and Company. He founded H. C. Jones and Company in 1880 with a partner, Stanley Lees, purchasing the former Whitton Cotton and Woolen Mills. In 1899, the company moved to a different mill located at the corner of Washington and Ash Streets. Lees had retired and company’s name became the H. C. Jones Company, while the mill was known as the Schuylkill Valley Woolen Mills. 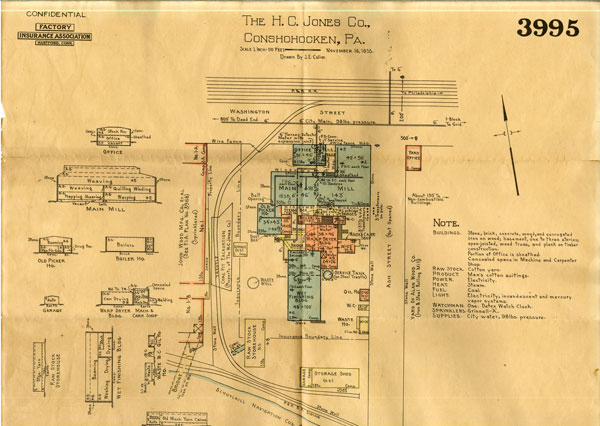 In 1911, Max Goodman and Company ordered 47 pieces of cotton warp worsted filling fabric in two different styles. The fabric was cut to make men’s and children’s suits which were sent out to retailers across the country, and soon sent back. The seams would not hold. Goodman and Company refused to pay for the cloth. 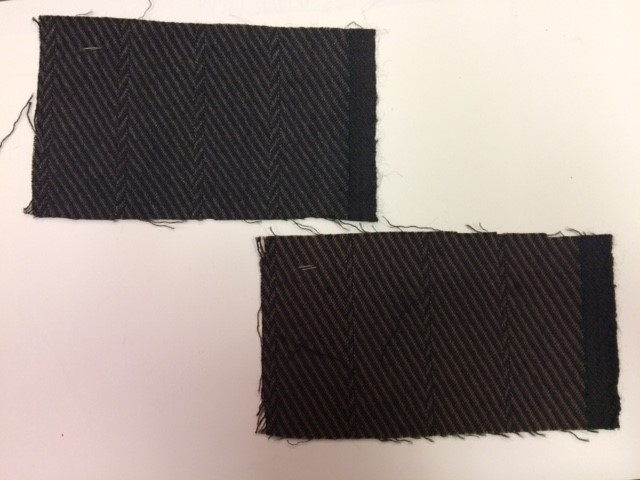 Samples of the fabric in question

The case was determined by arbitration. The arbitrators kind of split the difference between the two companies, not because the fabric wasn’t too slippery to hold the thread, they determined that it was, but because it was up to the clothier to test the fabric first. In other words, “Caveat emptor,” let the buyer beware. Goodman was ordered to pay all money owed with interest, while Jones was ordered to pay $1000 in restitution. 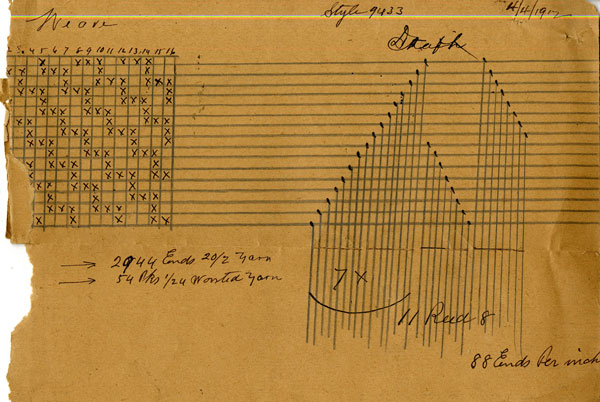 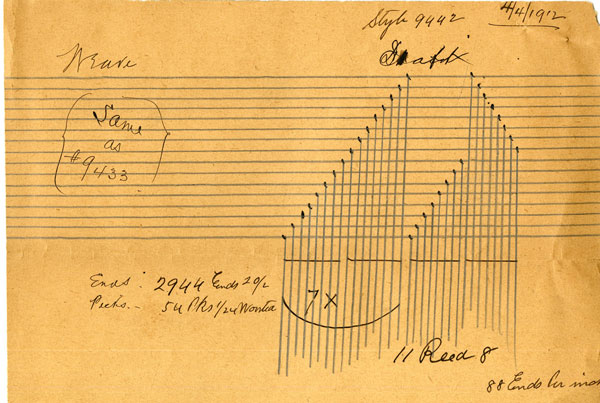 The weaving drafts for the two styles (in case you'd like to try it home!)

An interesting letter follows the arbitrators’ decision in the file of documents, however. It was written by Charles Porter, Jr. of Chas. Porter & Son Park Mills, who served as arbitrator on behalf of the H. C. Jones Company. He writes: 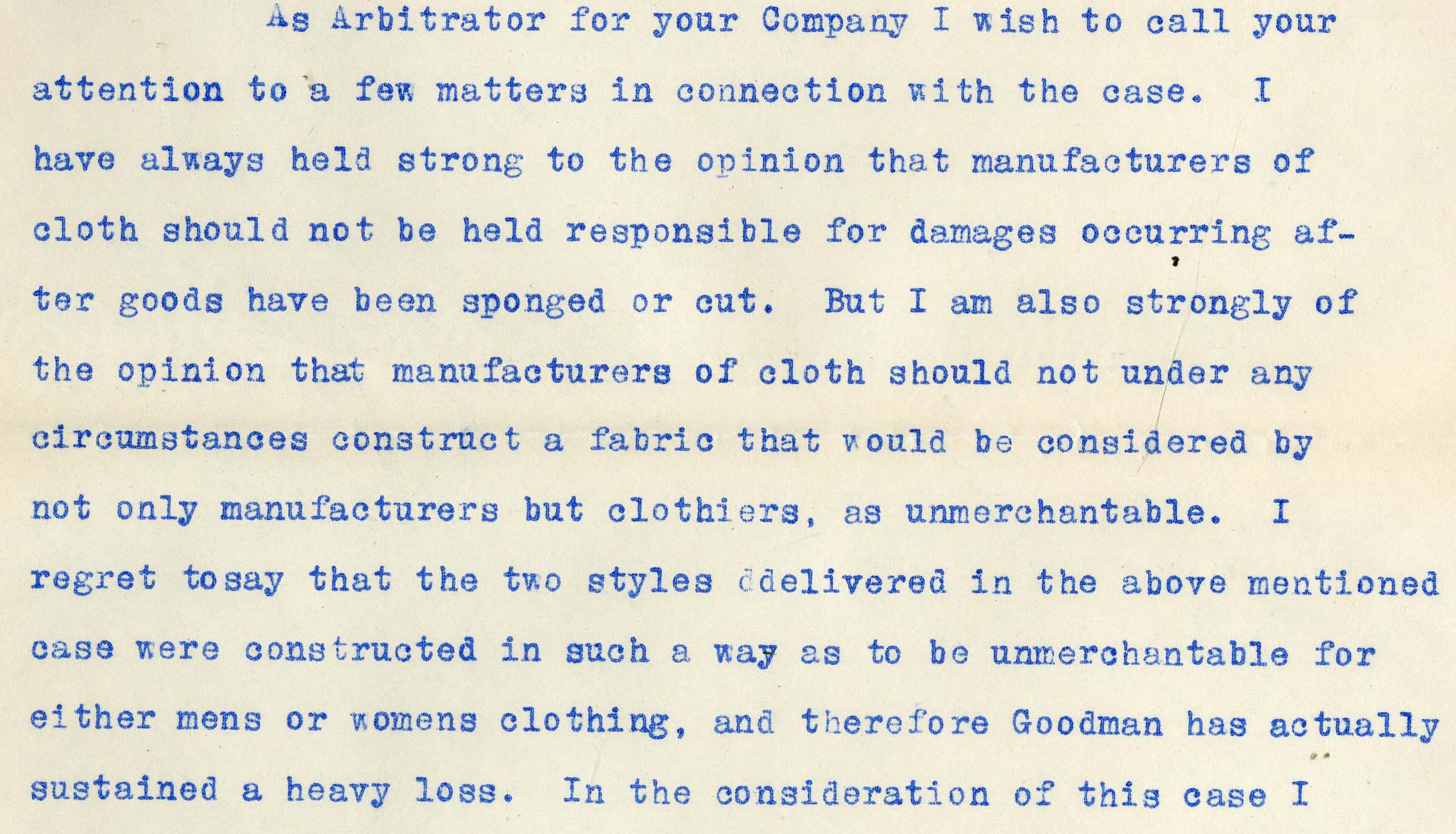 Later he writes, “ I sincerely trust that the decision of the arbitrators will meet with your approval, as I can frankly say that you are getting out of the rather serious matter at a very reasonable figure.”

The H. C. Jones Company continued for several decades. Jones himself lived to be 83, dying in August of 1940. His home, once known as “The Terrace” is now Ciavarelli Funeral Home on Fayette Street.