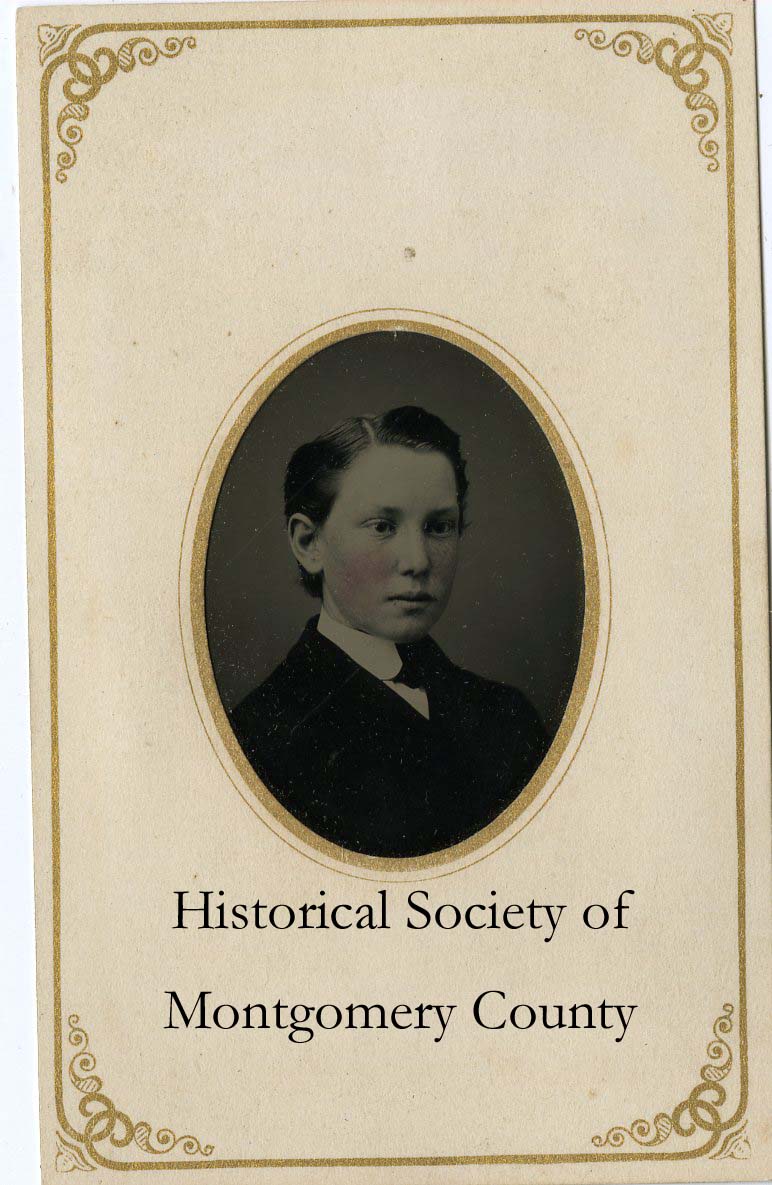 In the very early days of this blog, I wrote about Treemount Seminary (you can check out that original post here). The school was a private boarding and day school founded in Norristown in 1857. The school existed for 43 years and educated about 5,000 students. For decades after the school closed, an active alumni association continued to keep its memory alive through annual reunions.

I revisited the Treemount Seminary papers this week while working through our school collection. This morning I found a small box, donated to the Historical Society of Montgomery County in the 1940’s that contained tintypes of students from the school. 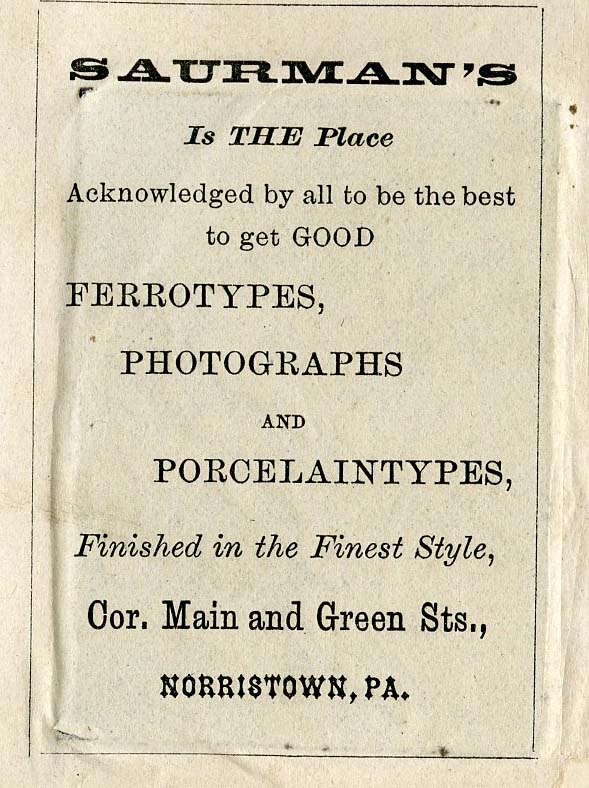 Most of the tintypes are identified with a last name on the reverse, and most were taken by Thomas Saurman, whose shop was located at Main and Green in Norristown. According to Biographical and Portrait Cyclopedia of Montgomery County by Henry Wilson Ruoff, Saurman himself was a graduate of Treemount.

Tintypes were a popular form of photography for the second half of the nineteenth century. They were cheaper than competing forms of photograph such as daguerreotypes and ambrotypes. Their cheapness and their small size made them perfect for sending to family or collecting pictures of your friends. 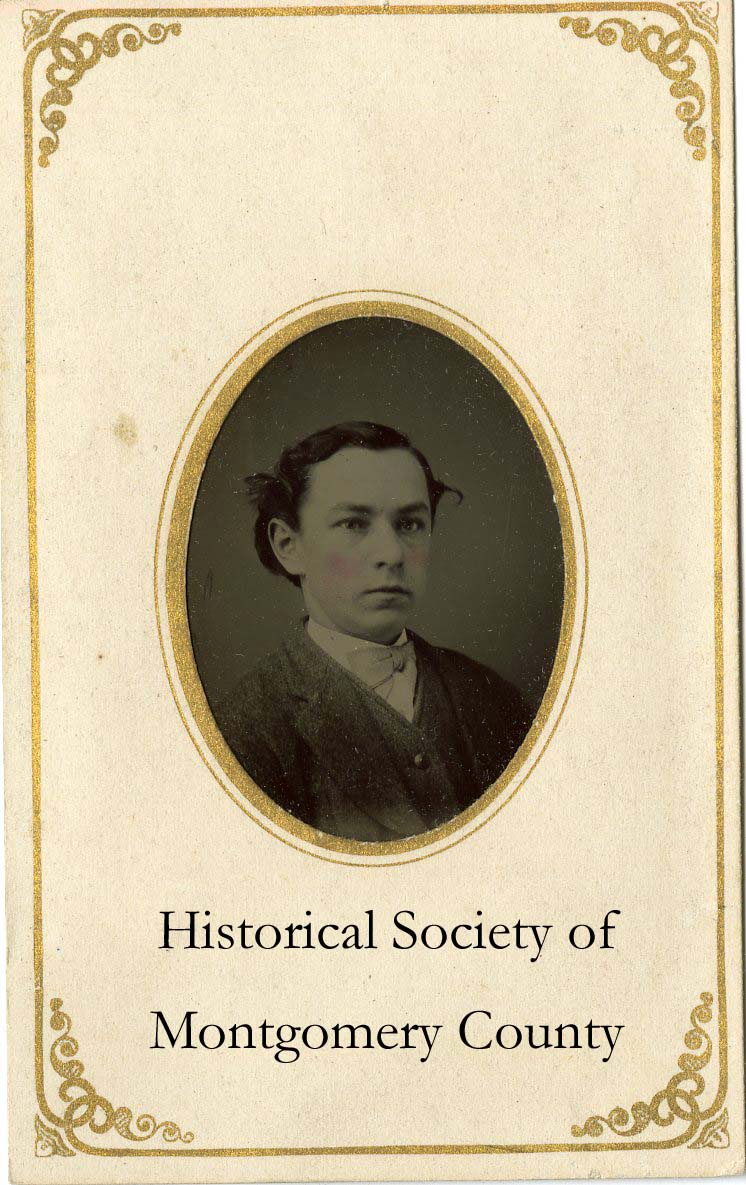 Tintypes were also known as ferrotypes, are made through a process similar to how ambrotypes were made. They used a wet collodion process to create a direct positive image that was reversed. No negative was made, so only one image could be produced from each exposure, no copies. The main difference between the ambrotype and the tintype was the material the image appeared on. Ambrotypes used polished glass while tintypes were produced on metal. 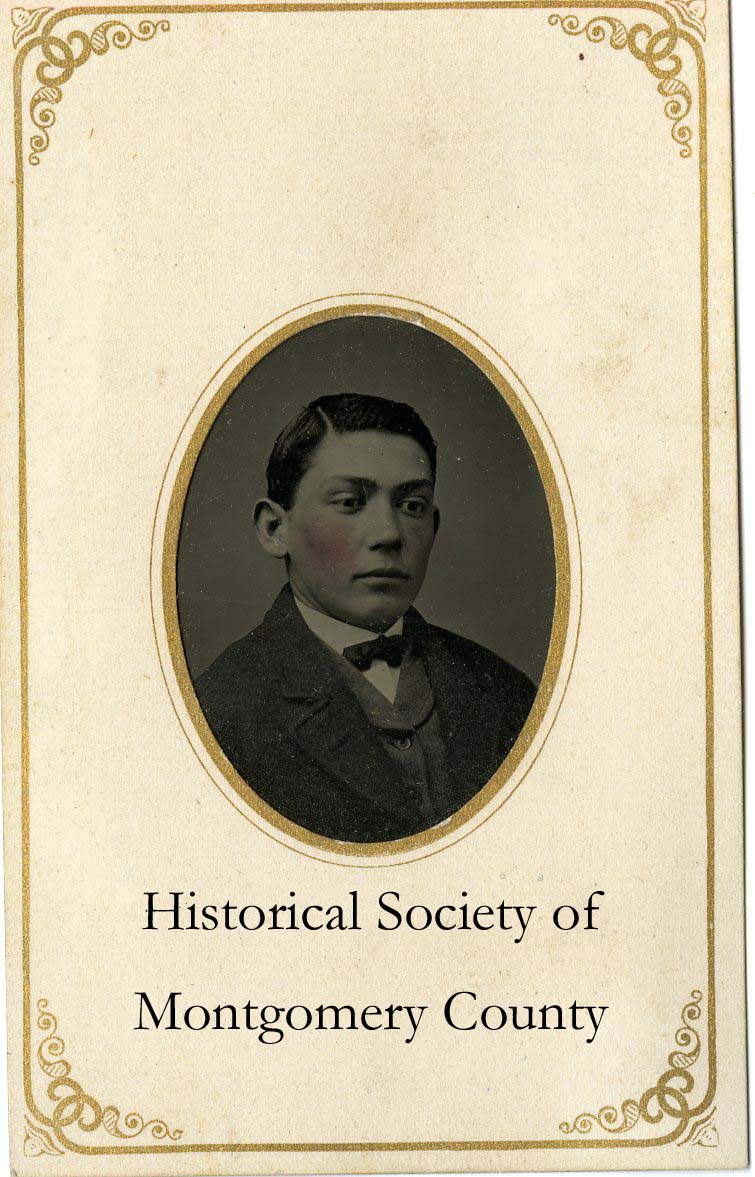 The process of creating a tintype was invented by Hamilton L. Smith at Kenyon College in 1856. The plate was a thin piece of iron that had been lacquered black or dark brown. The image was not was sharp as an ambrotype, but their affordability made up for this shortcoming.

The rosy cheeks you see in so many of the photos was added by hand, and was typical at the time, not just for tintypes, but for daguerreotypes and ambrotypes.

The paper mats you see around the images were also typical. Daguerreotypes and ambrotypes had to be kept in cases to protect the glass plates. Tintypes sometimes have cases, but the paper mat is more typical. 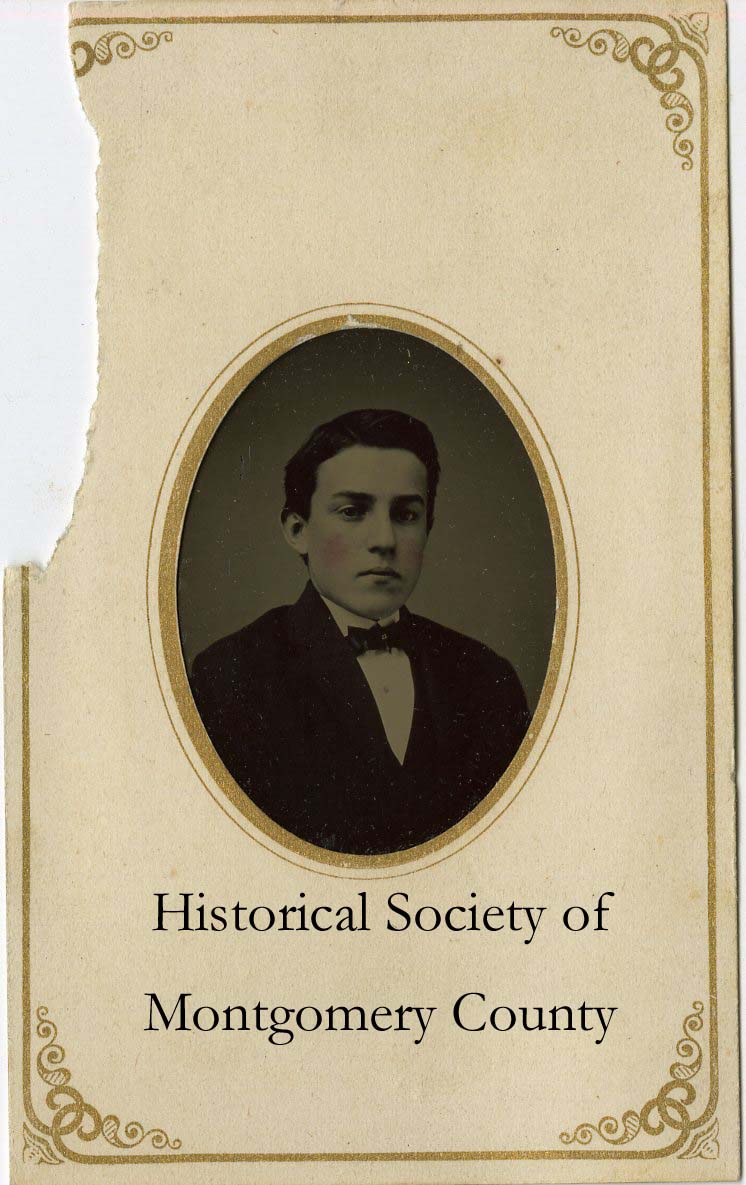 These tintypes were owned by Harry C. Trexler, a graduate of Treemount Seminary and came to the historical society through his brother Frank.