In the 1950’s, an article in the Norristown Times-Herald by Edward Hocker (under his penname “Norris”) reports the founding of the Valley Forge Chapter of the National Campers and Hikers Association. He writes of walking as an antidote to modern life and says that old folks in particular encouraged people to escape the automobile.

“Those old times criticize the schools of today [1959] because they pamper children by bringing them to school on a bus.”

A school bus from when the "old timers" were young.

In 1894, William E. Corson traveled across Montgomery County in search of forgotten cemeteries. His list of private burial grounds was eventually donated to the Historical Society, whose members then took up the project of recording them.

The most famous walker in the county’s history lived here only briefly. Edward P. Weston was a well-known pedestrian whose first long distance walk came as the result of a bet with a friend. His friend bet that Abraham Lincoln would win the presidential election of 1860, and Weston bet that he wouldn’t. Having lost the bet, Weston walked from Boston to Washington, arriving in time for the inauguration where he shook the new president’s hand (some say Lincoln offered to buy his train ticket back). Later, he walked from Portland, Maine to Chicago, and in 1909, at the age of 71, he walked from New York to San Francisco in 104 days. 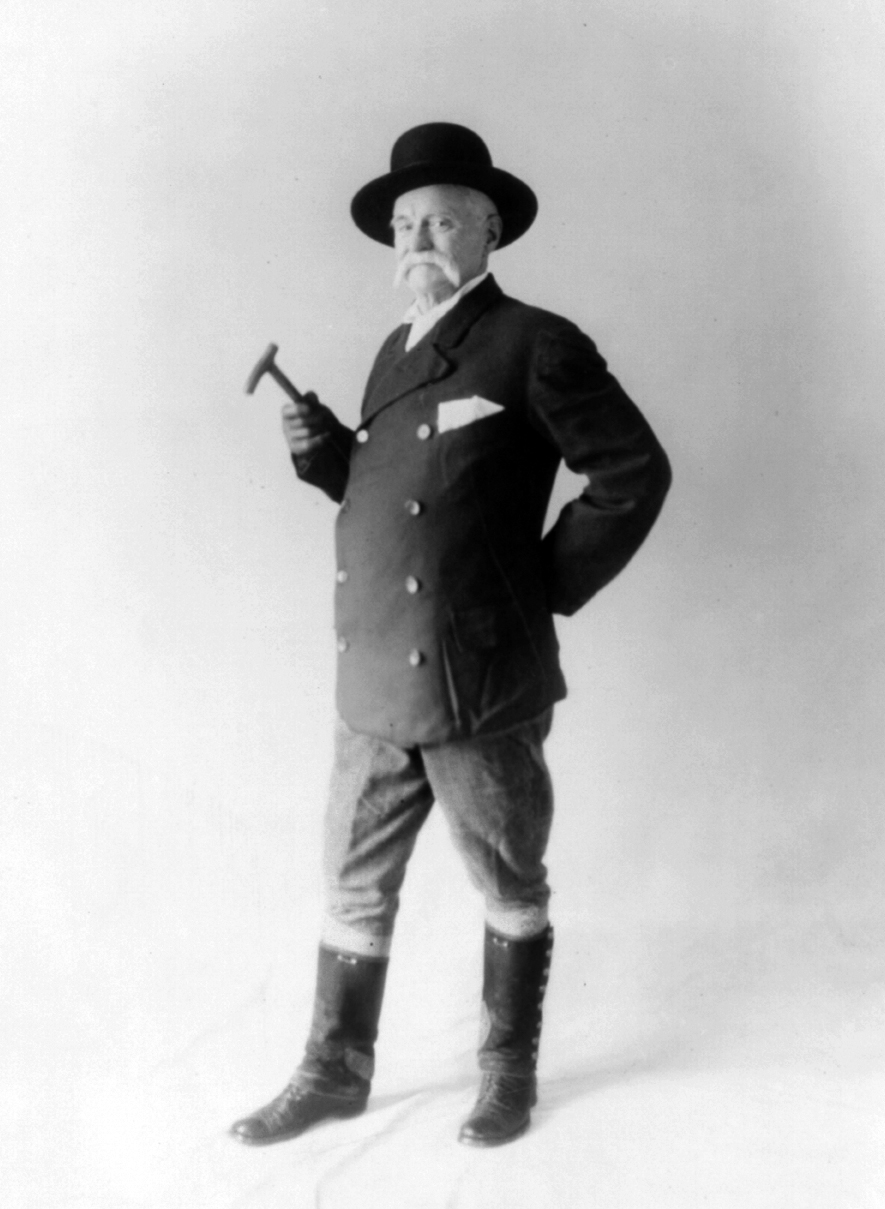 Born in Rhode Island, Weston first came to Norristown in 1912 for the Industrial Day portion of the Norristown centennial celebration. His appearance was sponsored by Rambo & Regar who had named a sock after him. He returned in 1922 to lecture the police department on how to properly care for their feet. He had settled in Kingston, NY, a town on the Hudson River, when burglars broke into his home and shot him in the leg.  He seems to have decided that living in the country was unsafe, and in 1924, he moved to Norristown.

In the two years he spent here, he lived at the Brandt Building at West Main St. and Barbadoes, later moving to DeKalb Street. Although he was here a short time, he left his mark. In St. Helena’s Church in Whitpain there’s a marble plaque that reads “Here at 84, I found religion. Edward Payson Weston.”

Weston moved to Brooklyn in 1925, where he died in 1929, two years after he was hit by a car, a somewhat ironic way for a great pedestrian to die.