Recently, we received a group of unidentified photos at our back door. They were left anonymously, so we don’t know much about them (again, please don’t anonymously leave things at our back door). But three of the photos interested me particularly because summer officially begins this Friday, and they show the classic summertime activity - baseball. 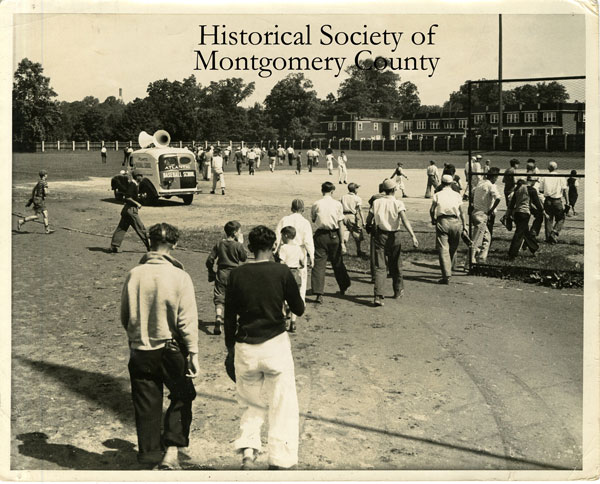 The photos show boys participating in the Atlantic Baseball School, a kids’ program run by Atlantic Refining Company. The boys could be at Roosevelt Field (the other photos are clearly Norristown), but the time was hard for me to pin down. Atlantic Refining was founded after the break-up of Standard Oil in 1911 and headquartered in Philadelphia. It lasted until it merged with Richfield Oil to form ARCO in 1966. The make of truck in the photos suggests it was taken after 1930 or so.

Clothes are often a good way to date photographs, but it’s difficult with children. The boys are not in their Sunday best, and many are wearing the baggy knickers typical for professional players in the first half of the century. Their hair tends to be longer than what I would expect in the 1950’s. There aren’t many crew-cuts. 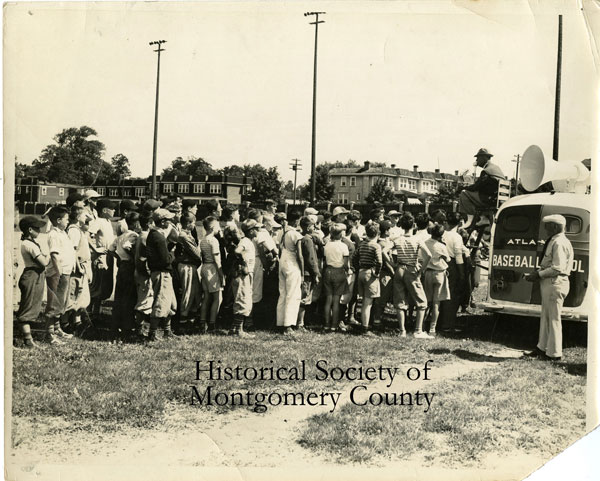 I decided to look more closely at the truck. I had looked at the photograph several times before I noticed the straw hat sitting on the bumper. This, also dated the picture to before 1950, although the gentleman at the microphone is older, and might not have kept up with the latest fashion. The hat does place the photo in the summertime, but I had already guessed that. Finally, I looked more closely at the license plate, where you can see a small “40” in the upper, left hand corner. Turns out, license plates used to be issued annually and showed they year they were issued. So, the answer had been there all along. 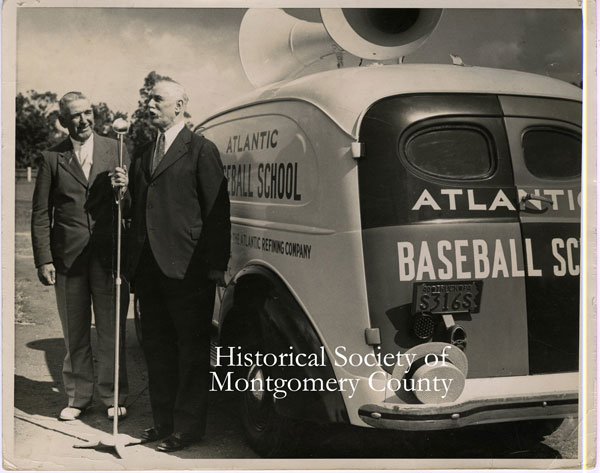 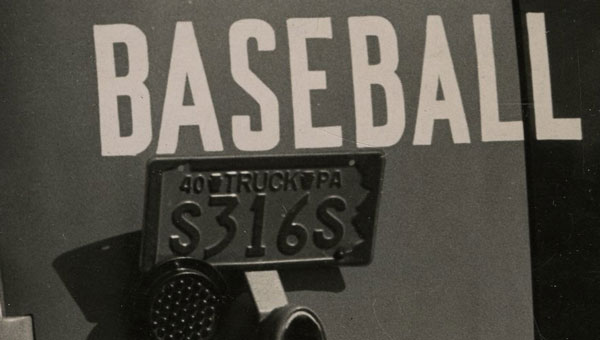 Does anyone remember the Atlantic Baseball School? Atlantic Refining had stations all up and down the East Coast, including this one advertised in the Norristown sesquicentennial book (1962). The company was a long-time sponsor of Major League Baseball in Philly. Perhaps their baseball school was an outgrowth of that involvement.