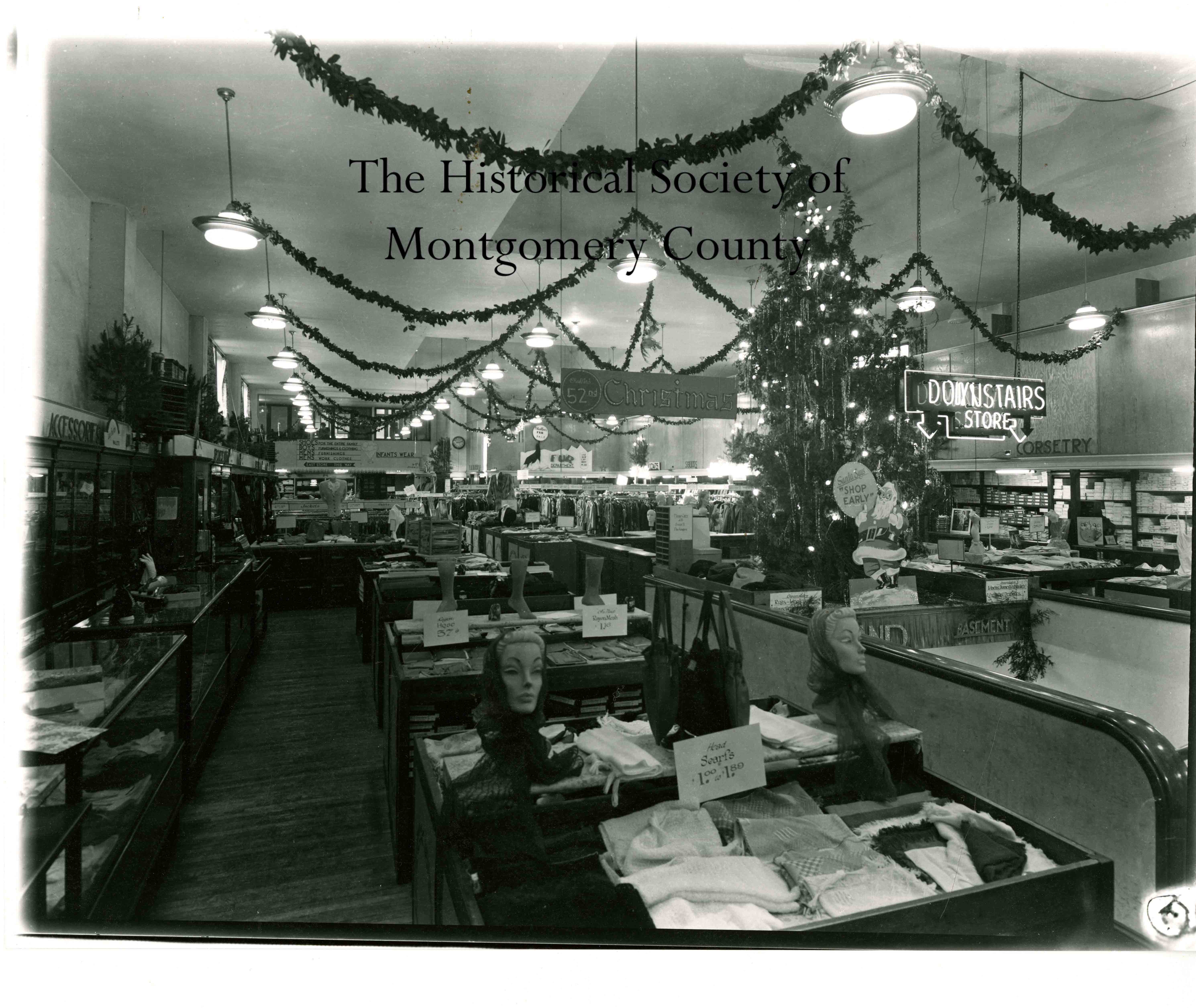 Interior of the New York Store

One of most interesting collections we have here at the Historical Society of Montgomery County is the Leonard Friedman Papers, much of which concerns his work on Norristown’s Human Relations Commission.

Leonard Friedman was born in Philadelphia in 1918 and attended the University of Pennsylvania. He served in the army during World War II, then spent fifty years running his family’s business, the New York Store. In the 1970’s he served on Norristown’s Human Relations Commission which was created in 1966 to help the borough cope with racial issues.

His papers have many items relating to race relations in Norristown in the late 1960’s and early 1970’s, providing a snapshot of life in Norristown during a turbulent time. One newsletter of the Interfaith Committee for Social Action describes a protest of 150 young black people at Norristown Borough Hall. At that protest Arthur Hall, a young man from Norristown, gave a speech demanding more respectful treatment from local police, questioning the curfew, and for an increase in the number of black police officers. 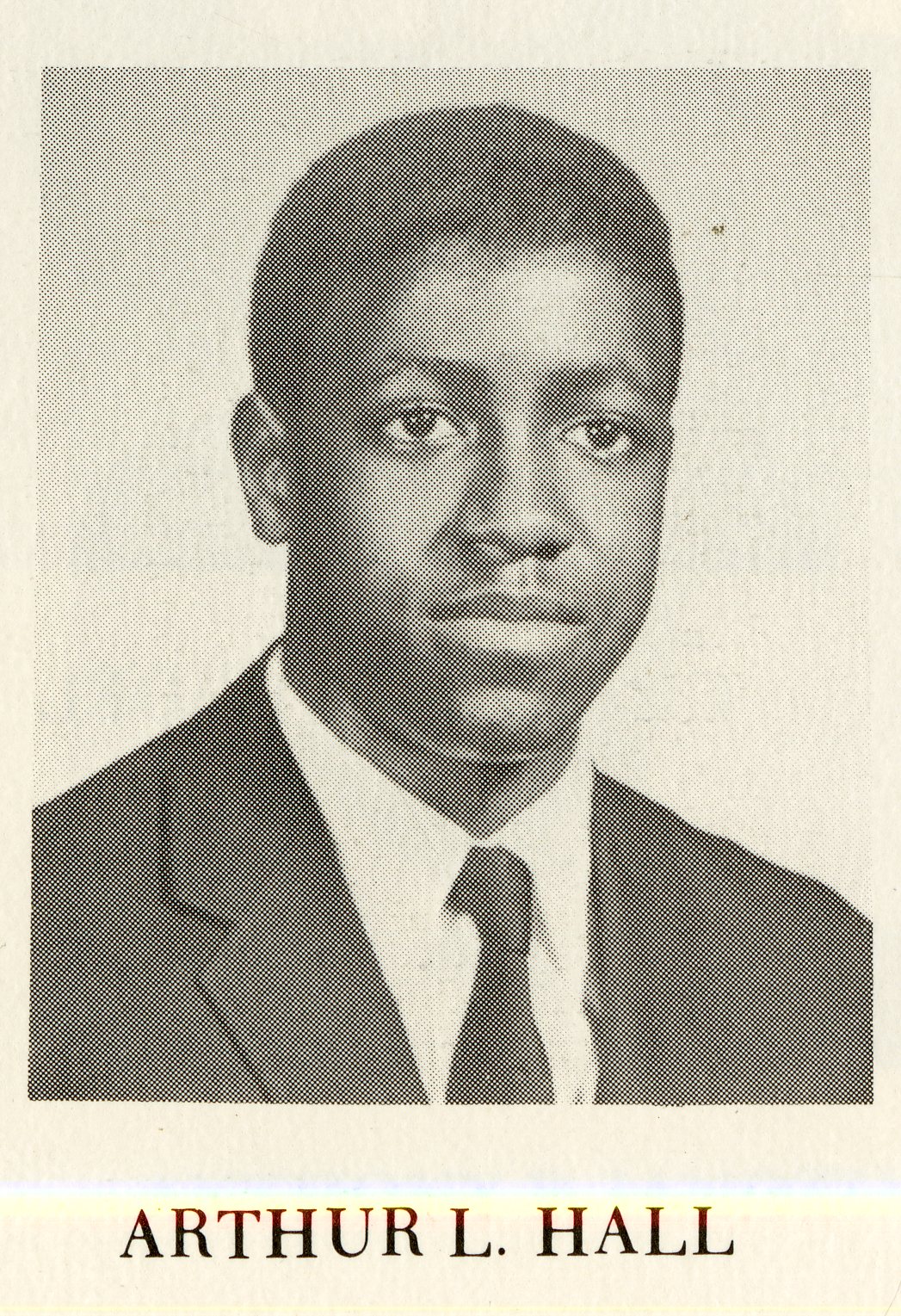 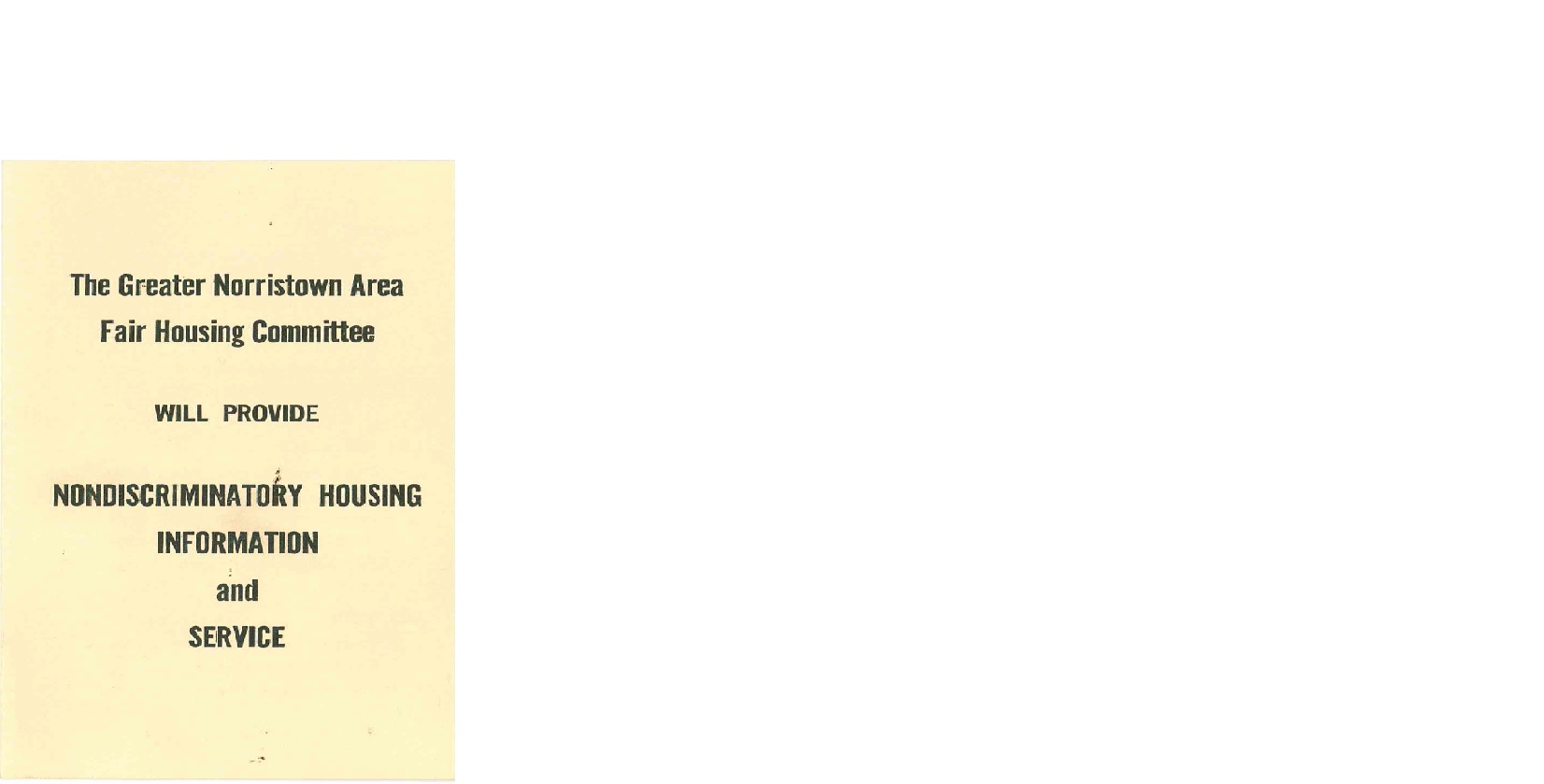 Pamphlet from the Fair Housing Committee

The Human Relations Commission was also concerned with the Norristown Area School District. Throughout the country at this time, cities tried to desegregate schools through bussing. A newsletter called "News ‘N’ Views" distributed by the school district explains six proposed ideas for achieving racial balance in NASD schools. In addition to that, Mr. Friedman himself wrote a letter to a Harold T. Huber, looking for help in redesigning NASD’s curriculum to include African-American history.

From the records, it looks like Friedman was on the Commission until 1973. There is a Human Relations Commission in Norristown today, but it was started in 2018, according to its website, so I don’t know the fate of the original commission.