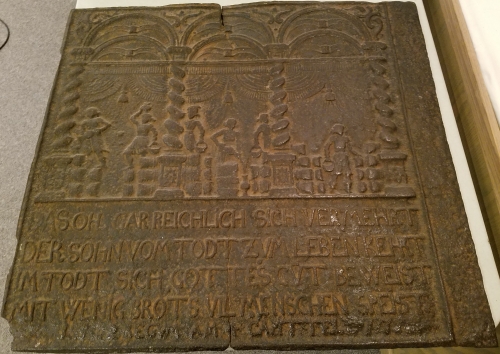 As we prepare for our next exhibit, Montgomery County Hospitals, I decided to use the extra space in the gallery to restore four of our firebacks. These firebacks were placed in the back of a fireplace to protect the chimney and reflect the heat back towards the interior room. Firebacks were also used for decoration. 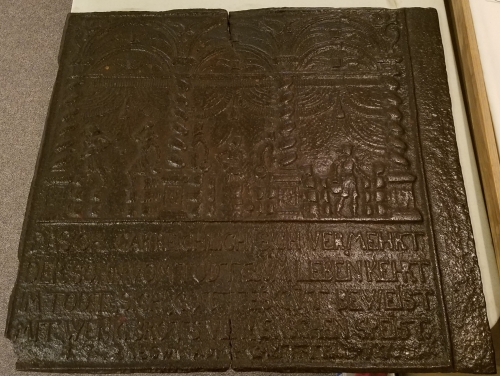 This cast iron fireback was found at Wentz's Church, in Worcester Township. The design is based on a Biblical Representation, which was identified in Henry Mercer's book Bible in Iron on page 28. The rough German translation is: "The widow’s oil did richly glow. God's mercy in the tomb did show. A boy to life rose from the dead. A hundred men on few loaves fed." 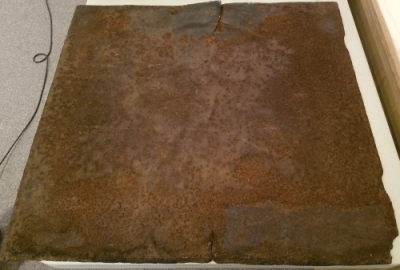 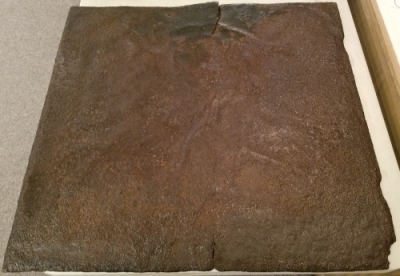 Cast Iron (rear side) Before and After Restoration

To restore this cast iron, I used a wire brush to gently remove the rust. Once removed, the rust was vacuumed off the fireback. I then applied a thin coat of Crisco shortening to the entire piece. Shortening was used instead of oil, because it does not go rancid. For those of you with cast iron skillets, this same process can be followed to treat rust on your pieces. I would like to thank Curator Amy Reis from Pottsgrove Manor for her instruction on how to restore cast iron!

I am currently working to restore a three pieced fireback. Originally, we thought it was cast iron. However, upon removal of rust we realized it was most likely made from a steel alloy, which means using a wire brush is not necessarily the best method for removing rust. We are currently exploring better ways to restore the steel without damaging it with a wire brush. Once they are restored, we will post the results on our Facebook page. 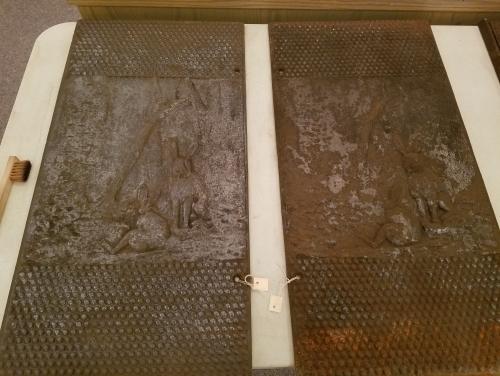 Two sides of the three piece fireback. The left one has rust removed from it.