To many people, the introduction of trains in Montgomery County was a welcomed change in transportation. However, while trains were a faster way to travel, it was not uncommon for them to derail during the earliest days of their use. At HSMC, we have a piece of metal believed to be from one of these train wrecks.

On Saturday November 21, 1903, a train derailed shortly after leaving Gwynedd Station. The engine and one passenger car jumped off the track and slid down an embankment when trying to cross the Wissahickon. Sadly, one passenger, Clement Custer, and one fireman, Harry Roderick, were killed. Several other passengers were injured.

Although this train wreck may not appear to be unusual when compared to similar accidents, the cause of this wreck was quite unusual. According to the Times Herald, the authorities believed the rail road tracks were sabotaged! There were two theories as to why someone would sabotage the tracks.

First, the previous week, a group of intoxicated African American men were forced off the same train when they reached Landsdale. Some people claimed the men said they would take revenge for being forced off the train.

The second theory, some people believed the sabotage could have been part of a robbery plan. According to Great Train Wrecks of Eastern Pennsylvania, the Black Diamond Express, which carried large sums of money, was scheduled to pass the sabotaged tracks before this passenger train. The tracks were bent without cutting the bond wire, which would have triggered the signal system and alerted oncoming trains. This could only have been accomplished by a person who knew the train schedule and understood the construction of the tracks. 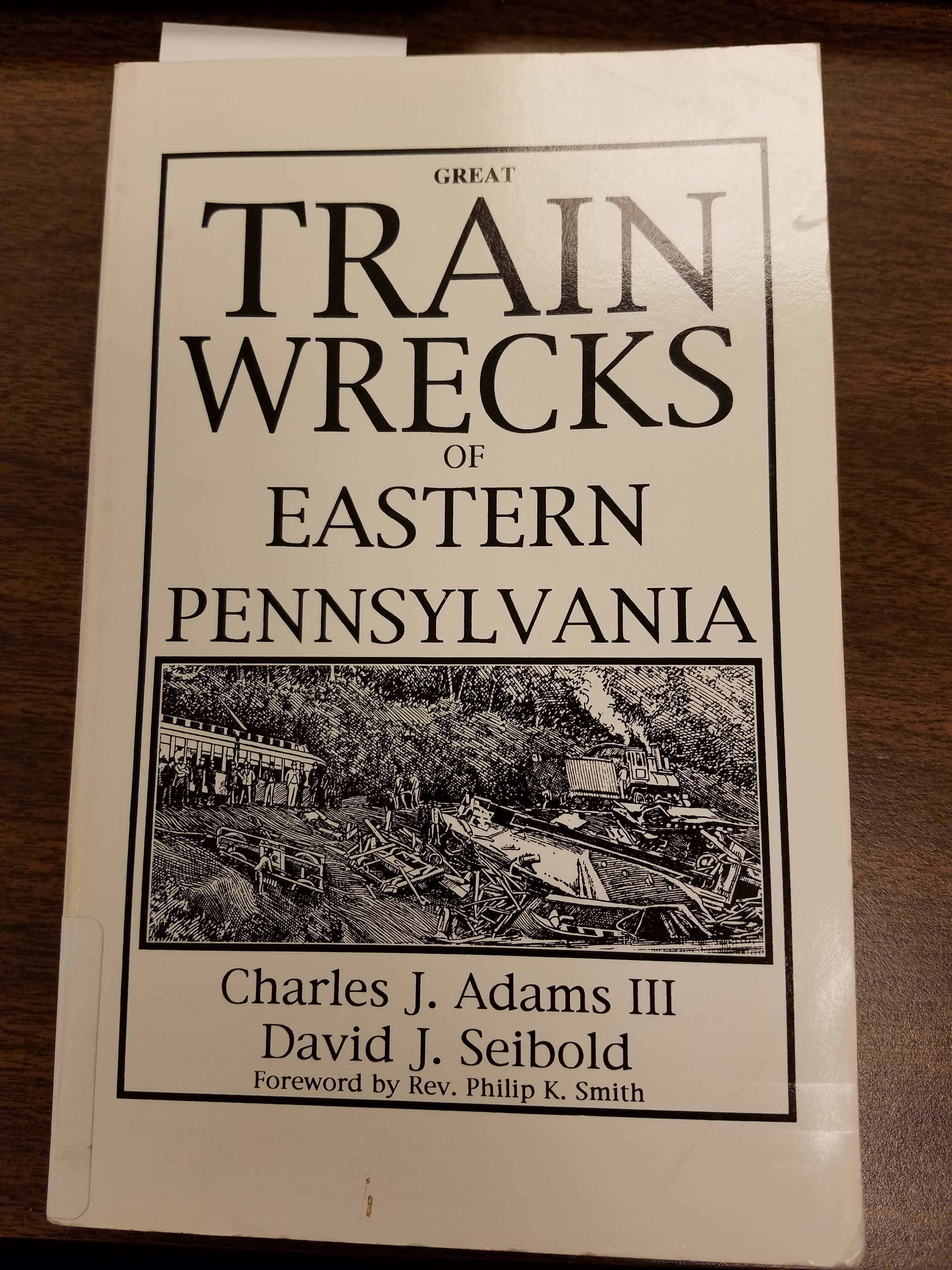 In spite of these two theories, no arrests were ever made and the exact reason for the sabotage remains a mystery. The Times Herald mentions the wreck four times over the next few weeks, but investigators were unable to find the person responsible for the sabotage. Was it the result of a disgruntled passenger or railroad worker? Was the saboteur just looking to get rich? This is one mystery we may never solve.