Back From Battle: The Forgotten Story of Pennsylvania’s Camp Discharge and the Weary Civil War Soldiers It Served 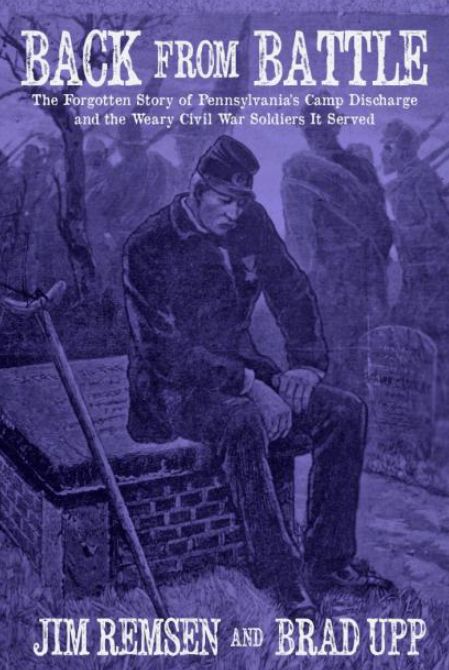 Join us in-person or virtually for this exciting book signing and presentation on Lower Merion’s Camp Discharge.  This is a collaborative event in partnership with the Civil War Roundtable of Montgomery County, PA.

In the final year of the Civil War, hundreds of volunteer soldiers hailing from eastern and central Pennsylvania were funneled to a special Union Army post in Lower Merion. For many, it was their last stop before heading back to civilian life. These men had survived years of bloody combat. Some had been wounded and hospitalized. Many had endured long captivity in the south. Thus separated from their regiments, they straggled north, sometimes alone and often in dire health. Back From Battle: The Forgotten Story of Pennsylvania’s Camp Discharge and the Weary Civil War Soldiers It Served(Sunbury Press, 2021) tells the forgotten story of this Army post, named Camp Discharge, and its role in the rapid demobilizing of Union forces as the war was ending.

Camp Discharge was situated on a promontory in Gladwyne overlooking the present-day Schuylkill Expressway, an unmarked site passed by thousands of motorists every day. Most of the site is on the property of the private Philadelphia Country Club, with limited access via the Bridlewild walking trail.

Co-authors Jim Remsen and Brad Upp draw from military and medical records, pension files, diaries, memoirs, newspapers and more to present a rich account of Camp Discharge and the men it housed and helped. The book includes a full roster of the men with summaries of their service records. The eighty-nine regiments represented at Camp Discharge included fifty-eight regiments with men hailing from Philadelphia and five regiments that had recruited in Montgomery County. Jim Remsen is a retired Philadelphia Inquirer journalist and the author of two prior Pennsylvania history books. Brad Upp is a longtime Civil War re-enactor for the 69th Pennsylvania Infantry. In addition, Brad is a board member of the Lower Merion Historical Society, which proudly supported the development of Back From Battle.

This will be a hybrid program.  In-person seating will be limited, so please RSVP early by calling 610-272-0297 or emailing us at This email address is being protected from spambots. You need JavaScript enabled to view it..

To RSVP for the virtual event, RSVP by emailing This email address is being protected from spambots. You need JavaScript enabled to view it.