“I will save my horses, or perish myself!” 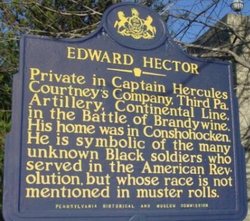 Historical marker at the site of Ned Hector's log cabin

Montgomery County has a rich history of the American Revolution. George Washington, Lafayette, and “Mad” Anthony Wayne all came through our county at some point. But today, we’re going to look a less well known soldier of the revolution: Edward “Ned” Hector.

Ned Hector first comes into the historical record at the Battle of Brandywine in September, 1777. He served in Colonel John Proctor’s 3rd PA Artillery as a teamster (wagon driver) and bombardier (part of a cannon crew). He was one of about 9000 black soldiers to fight on the American side (many more fought for the British who promised freedom) His commanding officer ordered a retreat calling for everything to be abandoned, including weapons and horses. Hector was heard to say, “I will save my horses, or perish myself.”

In civilian life, Hector had also worked as a teamster, so we can assume that he was skilled in managing horses. He not only saved himself and the horses, but many discarded weapons, keeping them out the hands of the British.

Hector also fought at the Battle of Germantown and probably served in the militia until 1780. 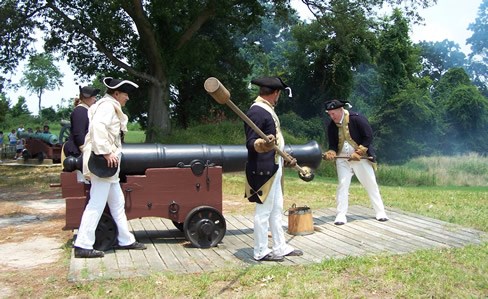 An example of a cannon crew of the Revolutionary era

We don’t know exactly where or when he was born, but probably around 1744. After the war, he settled in a sparsely populated part of Plymouth township, which would later became part of Conshohocken (founded in 1850). His log cabin was at Hector and Fayette Streets. Hector St. was named after him in 1850.

In the early Republic, many veterans had trouble getting pensions from the federal government, and Ned Hector was no different. He petitioned Congress in 1827, 1829, and 1833, and was rejected all three times. In 1833, Congress did award him a one-time reward of $40. He died one year later at the age of 90.  He might have originally been buried at Mt. Zion AME Church in Norristown, but the bodies from that graveyard were relocated to Robert's Cemetery in King of Prussia.  It is most likely that his remains are there.

Sadly, his wife, Jude, died very soon thereafter (some records say one hour after Ned’s funeral and some say two days later). They probably had several children.  One son Charles married a widowed woman who had been born into slavery named Leah. Leah Hector outlived her second husband dying at the age of 108 in Bridgeport. She’s listed in the 1860 Census as a “washerwoman,” but a 1929 Times Herald article by “Norris” says that she was known for making and selling herbal medicines.

There are no images of Ned Hector, so I’ll leave you with a picture of Noah Lewis, who has extensively researched Ned Hector and often plays Hector in re-enactments.  Much of the information in this article was based on Noah's work, especially his 2013 article in the Historical Society's Bulletin, "Being Edward Hector."  Check out his website: nedhector.com. 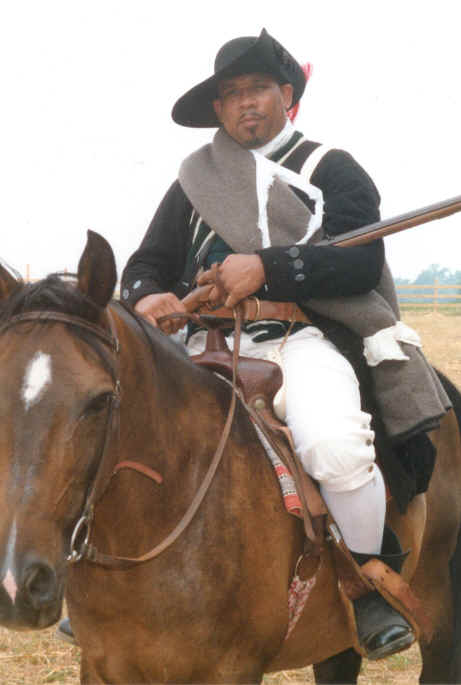 More in this category: « Black Dolls The Human Relations Commission »
back to top