On Thanksgiving Day in 1950, just as families in Lower Providence were sitting down together to enjoy the holiday, a huge explosion occurred. Three thousand feet of a natural gas pipeline that ran from Texas to New York were destroyed in the blast. The Times-Herald reported the explosion on the day after (November 24) and quoted the superintendent of Fish Constructors, Inc., who was working on the pipeline at the time. He said he had “no idea” of the cause. 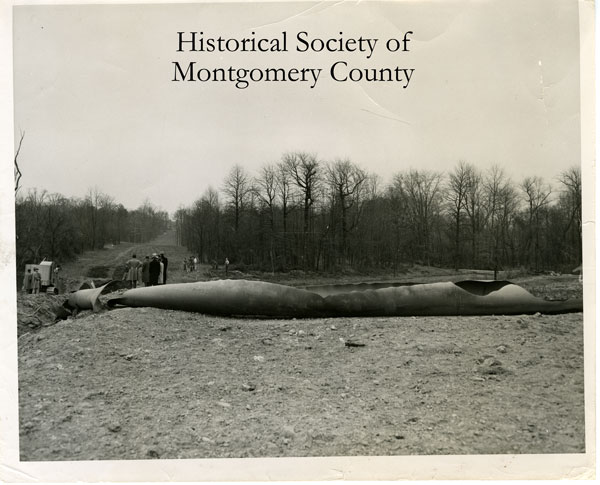 Although fire officials said anyone close to the blast would have been killed, no one was there because of the holiday. Two old buildings on the former Wetherill estate, then the Philadelphia Protectory for Boys (and now St. Gabrial’s Hall) caught fire and were destroyed. Nearby cornfields were scorched. 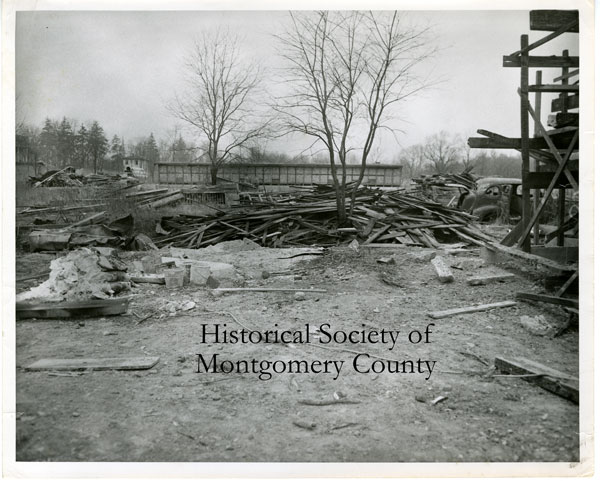 The boys at the Protectory were playing a football game only half a mile away. When they heard the blast, both players and spectators ran. Some boys were found miles away, according to the newspaper account.

The men who owned the property, brothers Joseph and Edwin Camiel were both knocked down by the explosion. The line was own by Transcontinental Gas Pipe Lines of Houston.

The paper describes the scenes “The huge mains, made of five-sixteenths of an inch in thickness, were scattered over farmlands in the vicinity of the line.” 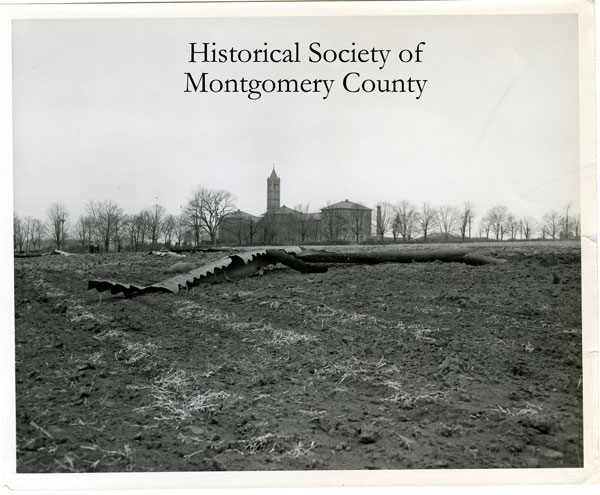 The Protectory can be seen in the background

More in this category: « Horsham Fire Company Montgomery County’s own jaguar hunter »
back to top