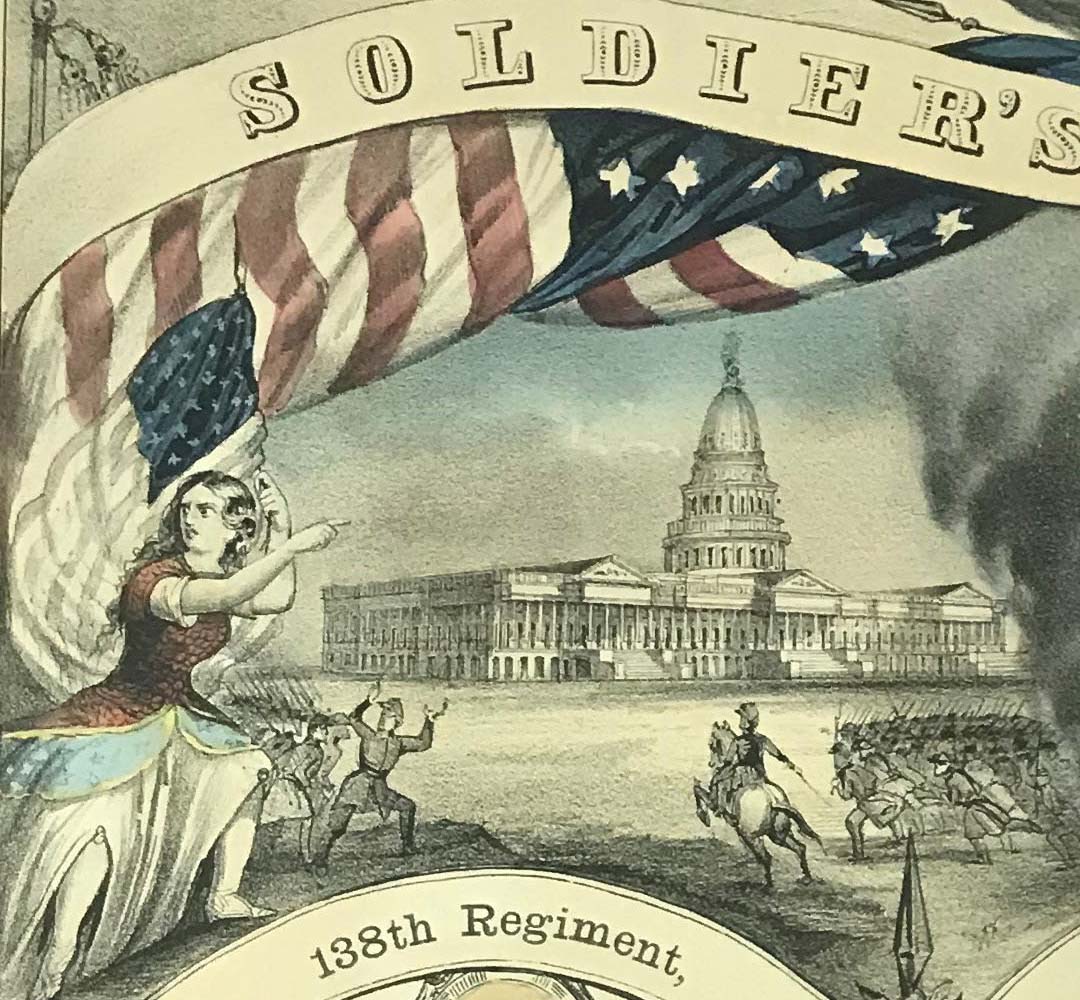 My mission of processing and describing our archives has finally brought me to our oversized materials. Stacked on long flat shelves at the back of the lower stacks, these items are often in old and sometimes broken frames. There are all sorts of items – certificates, diplomas, maps, and posters. Today, I wanted to take a look at three similar items I’ve found. 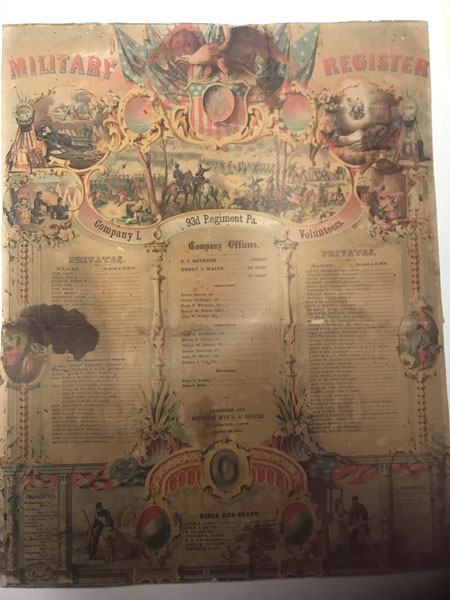 This lithograph for Company I of the 93rd Regiment, Pennsylvania Volunteers was done after the war. Enlisted men are named along with a remark on their discharge or if they died or were transferred. In the bottom corners, the poster shows the battles that the unit took part in. Spaces for small photographs are on the poster, but our example doesn’t include any. 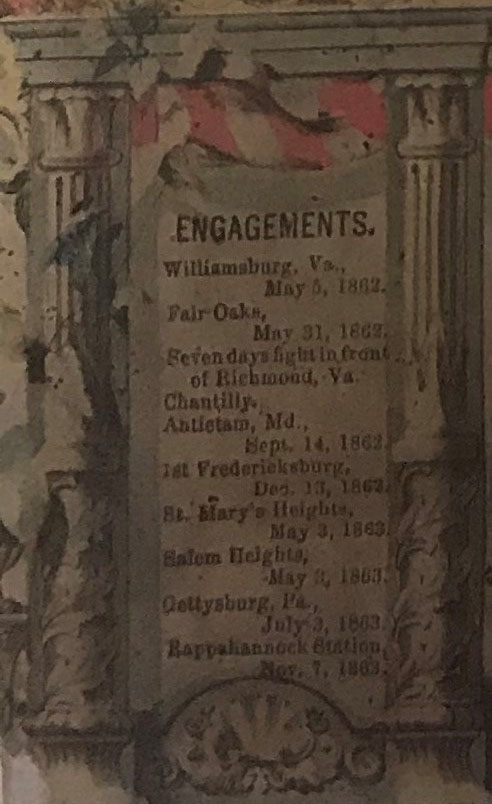 Lithography is a form of printing invented in 1796. An image is first drawn with oil on stone (metal plates are used now). Then lithographers use acid to etch the sections of the stone not covered by the oil. The oil is wiped clean, but enough remains to repel the water that’s applied in the next step. The water sticks to the etched sections of the stone and repels the oil based paint used to create the final image that is printed on to paper. 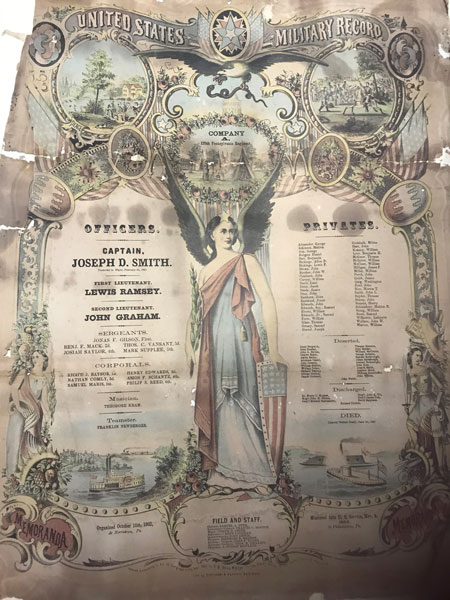 This next lithograph was in honor of the 175th Regiment, PA Vols. Made in 1863 by Schroeder and Sanders, it has less information since the war was still ongoing. There are open spaces at the bottom corners for information to be filled in.  It features the battle between the Monitor and Merrimack on the lower right.

Originally lithographs were black and white, and chromolithography was developed in the 1830’s. Each color was on a separate stone so the paper had to be printed on several times. This allowed printers to mass produce these posters while changing the details of each regiment and company. 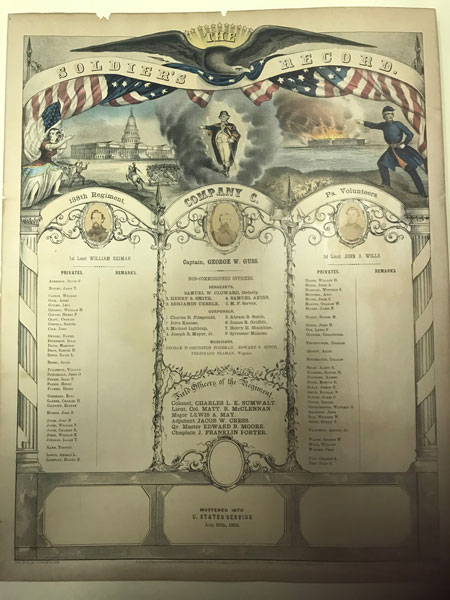 Our best preserved lithograph is also the oldest. Produced in 1862, the same year the regiment mustered, this poster honors the 138th Regiment, PA Vols. This lithograph, which features images of Fort Sumter and the Battle of Bull Run, was created by Currier and Ives in New York. It has three photographs of Company C’s captain and lieutenants. There’s an oval at the bottom for another photograph. Since this was produced at the beginning of the war, it was presumably owned by a soldier’s family. The empty oval might be for the family to put a photograph of their loved one in.

More in this category: « 1931 Flood Enterprise Manufacturing Company »
back to top