If you are a snow lover like me, this sled may have you reminiscing snow days from your childhood. This sled was owned by Ethel Mullineaux. We do not have much information about Ethel, but we believe she lived in the Philadelphia and southern Montgomery County area in the early 1900s. 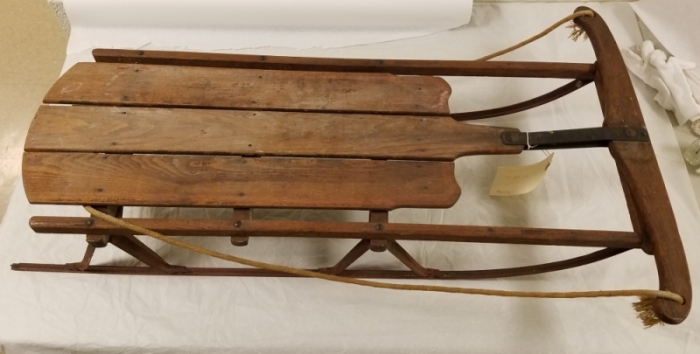 Made by S.L. Allen Company, this type of sled is known as the Flexible Flyer. Compared to other sleds, the Flexible Flyer became popular for its speed and maneuverability. One downside to this sled, as many of you have probably experienced firsthand, it does not work well in soft, deep snow.

Samuel Allen started his company, S.L. Allen Company, as a farm equipment manufacturing business in 1868. To be close to the railroads and workers, the company was established in Philadelphia. Allen’s Planet Drill (a fertilizer drill) and Planet Junior (a seed drill) were designed to help farmers plant their crops more quickly. Although Allen’s business was a success, he wanted to provide work for his employees during the summer (farm equipment was only made in the winter so it was ready for sale by the spring). Allen designed several sleds in the 1880s and eventually patented the Flexible Flyer in 1889.

It took a few years to gain momentum, but by the early 1900s Wanamaker’s and other large retailers began selling the Flexible Flyer. In 1915, an estimated 120,000 were sold and nearly 2,000 Flexible Flyers were sold in a single day! 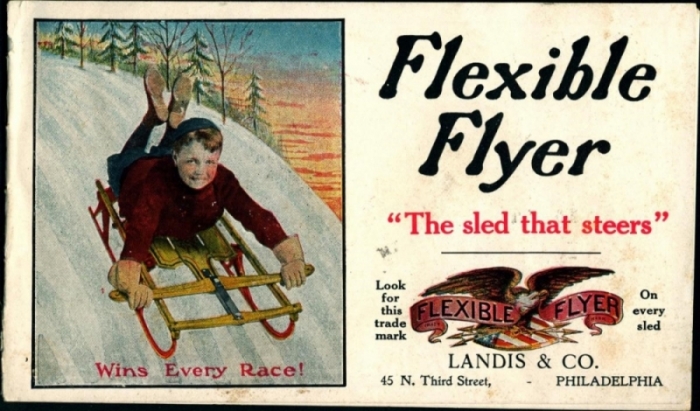 More in this category: « Summer class of 1917 Bridgeport funeral records »
back to top