A New Leg for a Bootmaker 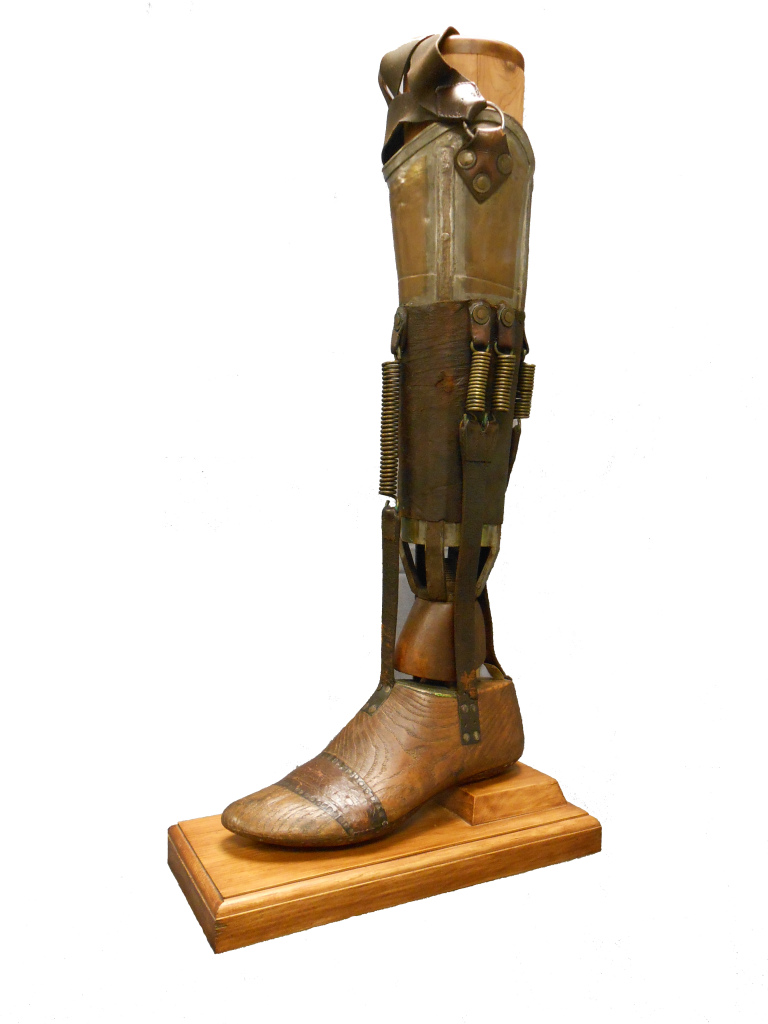 Although this prosthesis looks ‘steampunk,’ it dates to around the Civil War.  Its owner, Joseph Detweiler Hagey, enlisted as a private in July of 1862 with Company I of the 138th Regiment Pennsylvania Volunteer Infantry, under the command of Captain Augustus G. Feather of Norristown.  He fought in a long list of battles and skirmishes, such as the Wilderness, Spotsylvania, and Cold Harbor.  At the Battle of Petersburg, Virginia, in 1864, Hagey was wounded in the leg.  The injury required his leg to be amputated below the knee. 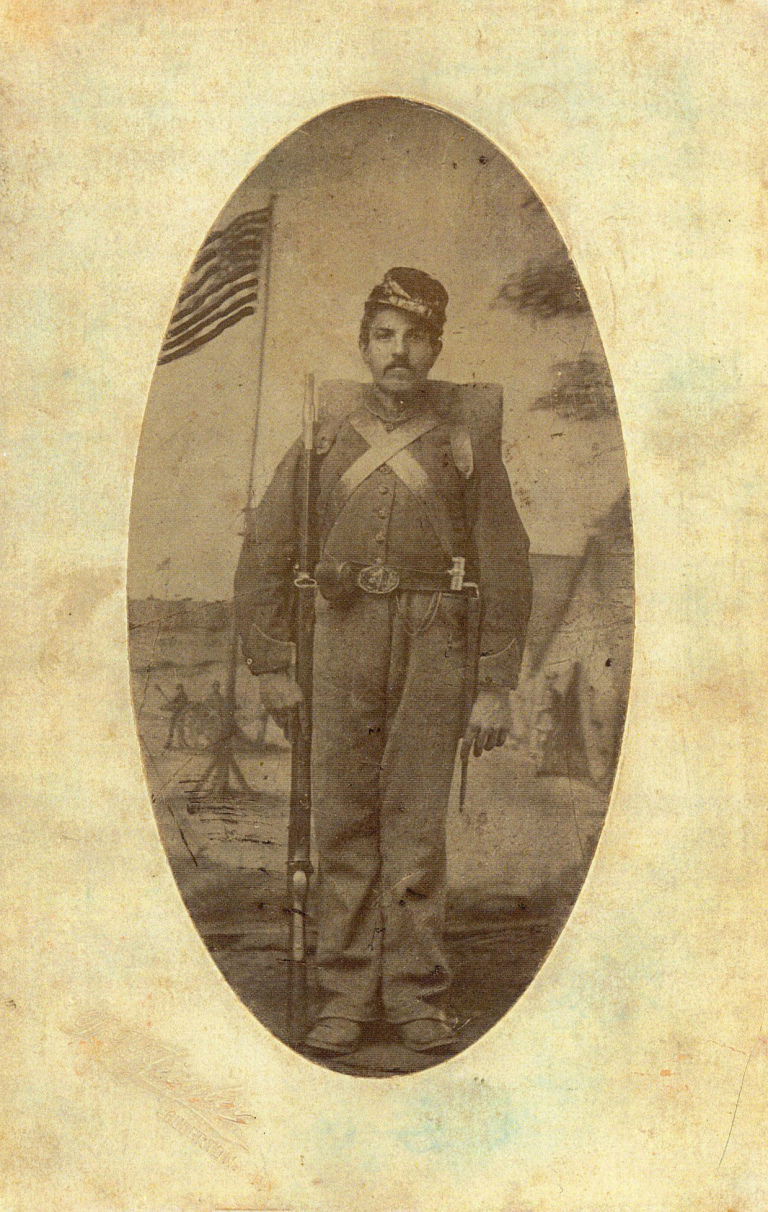 After he was discharged in June of 1865, he returned to Hatfield and worked as a bootmaker.  He became dissatisfied with his government-issued prosthesis, so he decided to make something new and different.  His hand-crafted prosthesis is made of wood covered in leather, with metal springs.  The foot is made of two separate pieces of wood shaped like a human foot and held together with leather, so that the toe can bend.  The bottom of the foot is covered in leather to make for more cushioned walking.  The ankle is movable due to the metal springs which attach it to the metal calf.  Leather straps act like a garter to hold the prosthetic leg in place around the knee.  This fascinating piece of technology is in the collection of the Historical Society.

Read 857 times
Tweet
Published in Found in Collection
Tagged under

More in this category: « The trial of Blasius Pistorius, a scandal from Montgomery County’s past Genealogy Fraud »
back to top