At 3:40 pm on April 14, 1924, flames appeared near the middle of the DeKalb Street Bridge. In ten minutes the entire length of the bridge was alight. Although fire companies from both Norristown and Bridgeport responded quickly to the alarm, there was nothing they could do to save the bridge. At 4:05, the first span fell and more soon followed.

Originally built in 1830 by a joint stock company, the bridge was taken over by the county in 1884 and made a free bridge.

This photograph of the destroyed bridge is from a collection recently donated by Luther Kolarik. 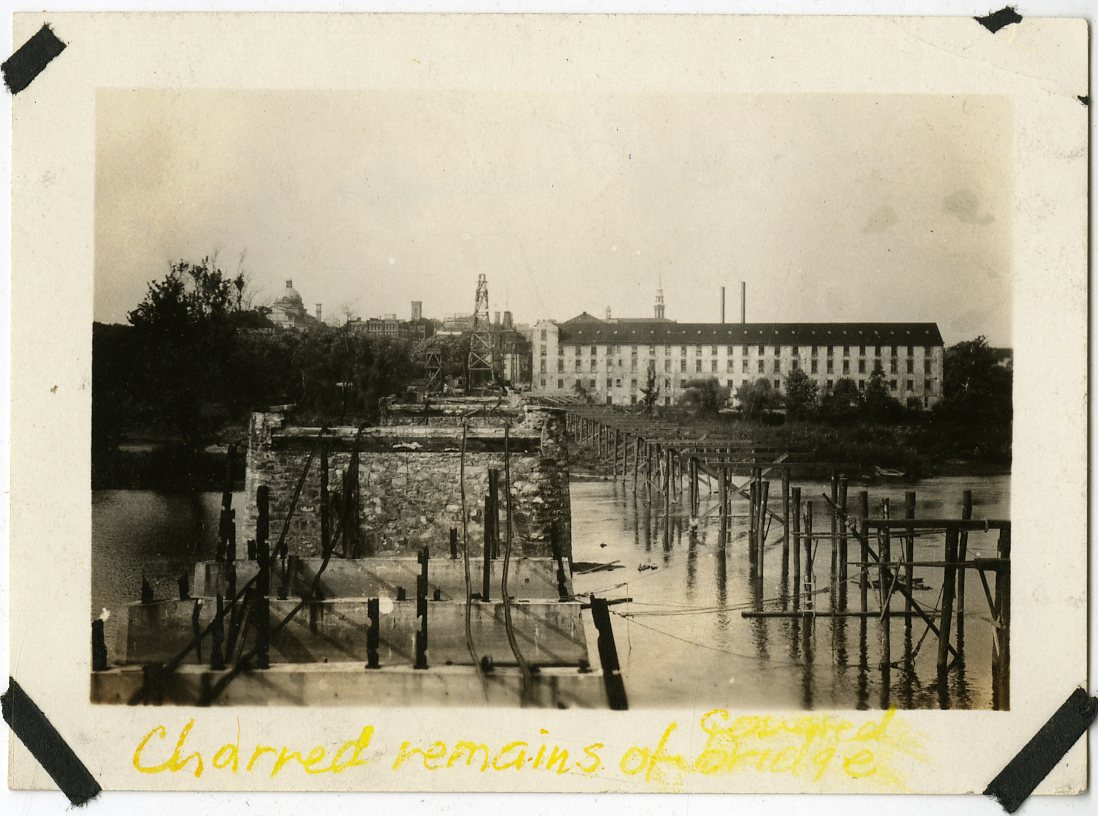 Besides cutting off traffic between Norristown and Bridgeport, phone service between the two boroughs was also suspended for two days.

Authorities originally believed the fire was arson because it spread so rapidly and burned so fiercely. But decades of oil and gasoline dripping from passing vehicles had soaked into the wood. Once the fire started it was impossible to stop and the fire companies focused on keeping the fire from spreading.

A temporary bridge was opened a few months later. Shown here in a photograph from Kolarik collection and below that is the blueprint for the same bridge. 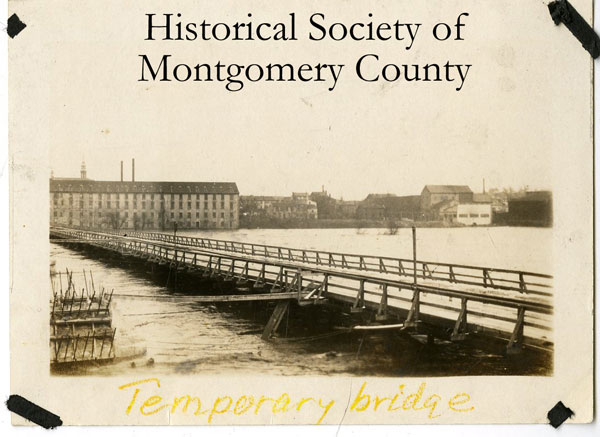 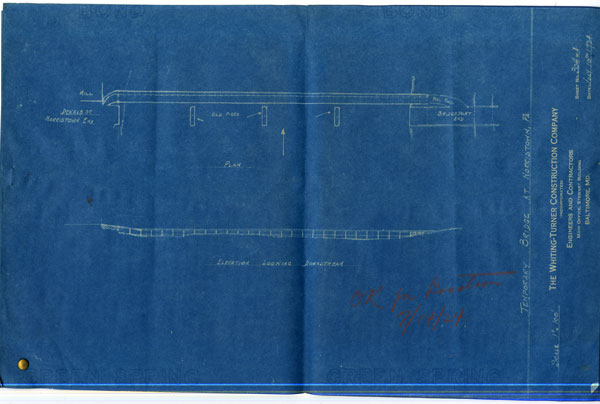 This drawing of a proposed concrete bridge appeared in the Times Herald just a day after the fire.  People had been calling for the old wooden bridge to be replaced for sometime.  In 1923, a pedestrian had been killed on the bridge, which led to increased concern that the birdge was outdated.

But, it was a few years before the new bridge reopened.  These blueprints from our collection are dated 1926. 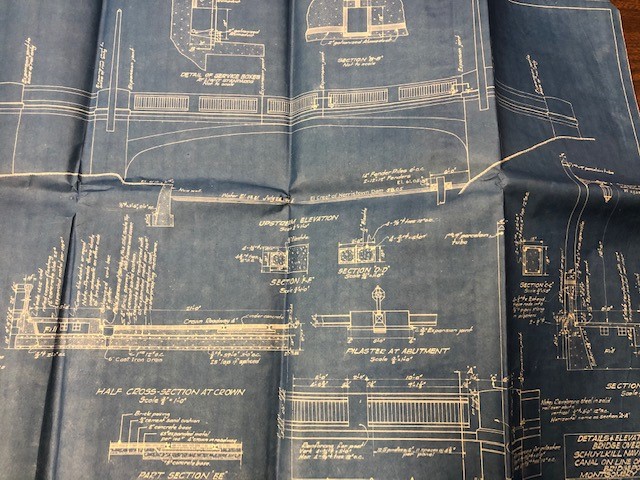 More in this category: « Col. William Allebaugh Boehm’s Church »
back to top